James Beeland Rogers, Jr. (born October 19, 1942) is an expatriate American investor and financial commentator based in Singapore. He was a co-founder of the Quantum Fund, and is a college professor, author, economic commentator, and creator of the Rogers International Commodities Index (RICI). He considers himself a fellow traveler of the Austrian School of economics.

Megaupload founder Kim Dotcom congratulated those who followed his advice in 2018 to buy Bitcoin and gold as a hedge against economic collapse.

India's macroeconomic situation has improved considerably since the "taper tantrum" of 2013, not least thanks to lower prices for the commodities it imports.

The state-run People's Daily says a boom could lead to volatility and manipulation as investors continue to pour money into the market.

The man who made a fortune with George Soros back in the 1980s spoke with IBTimes about demand for natural resources worldwide.

Famed investor Jim Rogers cautioned that Malaysia must open its economy up more for foreign investors.

Societe Generale: Look Before You Leap At Gold

The gold price rally in the late 1970s turned out to be a bubble. Societe Generale thinks this time is not much different.

Jim Rogers: Yuan Could Appreciate 500% In Next 30 Years

But Chinese forex experts are not as confident.

KOA Parries Decline Of US Road Trip With Cabin Camping

The Federal Reserve's third round of quantitative easing, or QE3, will benefit silver and gold prices by weakening the dollar and increasing risk appetite among investors, according to a report by UBS. But silver will gain the most.

IBTimes reviews winners and losers in the world of business and economics for the week of July 1.

Trade unionists, communists and pensioners angry at punishing spending cuts in Greece marched through central Athens on Wednesday as lawmakers set to work on legislation needed to secure payment of a second bailout for the debt-laden country.

Eastman Chemical is buying Solutia Inc , chemicals provider for products from iPads to tires, for about $3.4 billion in cash and stock in a bid to drive its sluggish growth and focus on emerging markets, particularly the Asia-Pacific region.

Eastman Chemical to Acquire Solutia in $4.7B Deal

Eastman Chemical is buying Solutia for $4.7 billion, including debt, in an effort to expand into the specialty plastics and chemicals market as well as the Asia-Pacific region.

The euro could rebound in the near-term despite the problems affecting continental Europe, as investors are overly bearish on the currency, investor Jim Rogers said on Tuesday.

Gold rose by nearly 2 percent on Tuesday, fueled by a recovery in the euro against the dollar, after the bullion price neared six-month lows last week in a flurry of year-end selling.

The euro could rebound in the near-term despite the problems affecting continental Europe, as investors are overly bearish on the currency, investor Jim Rogers said on Tuesday.

George Eastman is best known as the inventor of photographic film and founder of Eastman Kodak Co, but his century-old legacy of entrepreneurship now rides on the lesser-known Eastman Chemical Co.

U.S. stocks are outperforming emerging market stocks. They have outperformed in 2011 and have done so since early 2010.

HOW TO PLAY IT: As gold turns to dust, cleaning up portfolios

In years past, gold often acted as a safe haven when stocks were falling, and it hit a record in August while equities struggled. Now, however, it's mired in its worst selloff in decades. What does it mean for investors who see gold as a core portfolio holding? 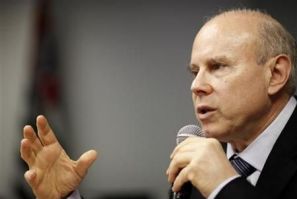 Brazil's Tariff on China, Others: the Beginning of Something Dangerous?

Last week, Brazil slapped on a 30 percentage point increase in import tariffs of automobiles (the Mercosur trade bloc and Mexico are exempted). A major objective of this tariff is to slow surging imports from China. 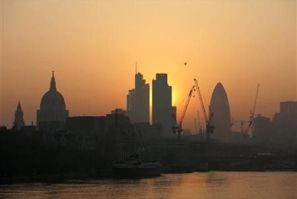 Britain and several euro zone countries are likely to have their credit ratings cut in coming months as debt problems worsen, and Western policymakers are bound to embark on more quantitative easing to get their economies moving, American investor Jim Rogers said on Monday.

Britain and several euro zone countries are likely to have their credit ratings cut in coming months as debt problems worsen, and Western policymakers are bound to embark on more quantitative easing to get their economies moving, American investor Jim Rogers said on Monday. 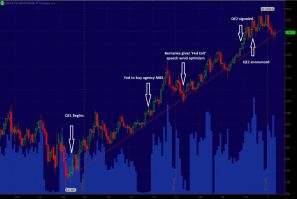 Gold is trading at $1,500, an important psychological level and near the all-time nominal high. Whether or not gold will go to new heights largely depends on monetary policy, according to some experts.

Jim Rogers doesn’t care if silver continues to go down. In fact, he would love it if that happened because he would be able to buy them for cheaper, he said on CNBC.
Latest news
Jim Rogers says may short U.S. Treasuries, later today
US, China energy firms to ink deals during Hu visit
Jim Rogers favors rice, says gold may go down for a while
Duke Energy in talks to buy Progress Energy: report
Wall Street expands in red-hot mainland China
EDITOR'S PICK