Starting Over In Somalia? The Biggest Threat Of All Is In The Heart Of Mogadishu

Despite the recent passage of a new constitution, corruption in Somalia's interim government could derail progress even before it begins.

The Mombasa Republican Council has been granted legitimacy by the country's high court, setting the stage for a political battle that could threaten Kenya's stability.

Seven died and a further 34 were injured in the blast which ripped through the bus in the tourist town of Burgas, Bulgaria.

Israel accused Iran of carrying out a bomb attack that killed six people on a bus carrying Israeli tourists at a Bulgarian airport Wednesday, and vowed a stern response to Iranian terror.

Japan's female Olympic athletes haven't been treated quite as well as their male counterparts, occasioning new scrutiny into gender equality issues in Japan.

While the world's deadliest famine has officially ended, remaining food shortages coupled with insecurity and fighting between African Union forces and militant group al-Shabab have wreaked havoc on the nation and its people.

George Obama, who lives in a hut in Nairobi, Kenya, will be featured in 2016: Obama's America, a new anti-Obama documentary by the conservative author and tedious flame-fanner Dinesh D'Souza.

South Sudan: Not Fully Independent After One Year, But Asia Could Turn The Tide

Even the president of South Sudan recognizes that true independence has not been achieved, but China and Japan may help change that.

Three prominent Kenyan musicians have been charged with using hate speech in their song lyrics and inciting ethnic violence for political purposes.

Global Round Of Central Bank Easing As Inflationary Pressures Abate

To some extent, monetary easing has been accommodated because of stable-to-lower inflationary pressures.

Kenyan had signed a deal in June to purchase about 4 million tons of oil from the Iranian National Oil Company.

Dadaab lies near Kenya's border with Somalia, and members of the Somali rebel group al Shabab have carried out attacks and kidnappings in Kenya in the past.

Migrants seeking to escape from the Horn of Africa are often transported south by smugglers whose motives are far from humanitarian.

Lena Pettersson was on an international flight from Amsterdam to Tanzania where she was forced to sit near a corpse during the 10-hour flight, prompting Kenya Airways to partially reimburse the Swedish journalist.

A new study says the swine flu pandemic of 2009 might have killed as many as 579,000 people. The original count, compiled by the World Health Organization, put the number at 18,500.

Based on numerous reports of abuse and violence, the Kenyan government has ordered its citizens not to seek domestic work in the Middle East.

A landslide has struck three villages and killed at least 18 people in Budada, an eastern district of Uganda. 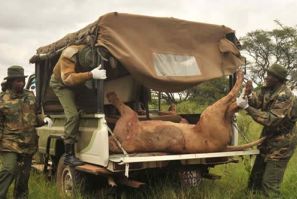 Lions Disappearing From Kenya As Conflicts With Humans Increase

KWS estimates that only about 2,000 lions remain in the country, implying they could completely vanish within two decades. 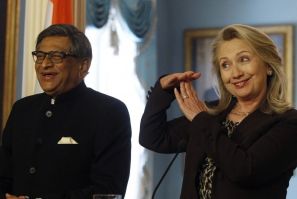 The United States and India Wednesday agreed to further strengthen bilateral relations and cooperation on global issues and said that their ties had entered a new and more mature phase defined by constant consultations of strategic importance. 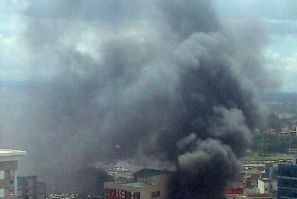 Tanzanian officials have arrested a German national for his suspected involvement in a bomb attack in Nairobi last month.

'Offsetting' Campaign To Save Forests To Be Announced At Rio+20

Five major corporations will join the emergency campaign to save the world's threatened forests by pledging to buy REDD multimillion dollar credits from projects protecting threatened forests around the world, the campaign announced Tuesday at the U.N. Conference on Sustainable Development, commonly known as Rio+20.

Another Hawk Down: What George Saitoti?s Death Means for Kenya

The helicopter crash that killed Kenyan Security Minister George Saitoti on Sunday morning was a foggy event in more ways than one.

Washington, which put a $33 million bounty on the heads of six al Shabab commanders last week, said on Sunday that it will continue to provide assistance to the African Union Mission in Somalia, of which Kenya is a part, but did not elaborate. 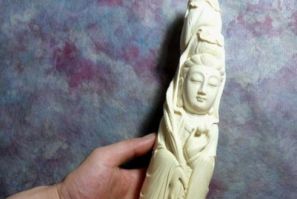 The Dragon's Hunger For The Elephant: How China Is Driving International Growth In Illegal Ivory Dealing

African governments -- and international animal-rights organizations -- contend the Chinese luxury consumer's appetite for ivory is driving a new wave of illegal killing of one of their continent's most iconic animals.
Latest news
Al Shabab Is On The Move, For Better Or For Worse
Al-Shabab Threatens Terrorist Attack Against Nairobi Skyscrapers
Nairobi Blast Caused By IED, Terrorist Group Suspected
Somalia: Is The End of Al-Shabab Nearing?
August 20 In Somalia: A New Beginning, Or Another Failed Attempt?
EDITOR'S PICK