Cannes Film Festival 2012: The 5 Topics Everyone Is Talking About (Sean Penn Not Among Them)

The highly glamorized Cannes Film Festival kicked off on Tuesday and there's already plenty to gossip about. While Sean Penn's press conference outburst was highlighted by various outlets, festival goers couldn't care less about the incident.

Was President Barack Obama born in Kenya? Conservative Web site breitbart.com has taken a stab at relighting the debate, after it found promotional booklet produced by a literary agency in 1991 that describes Obama as born in Kenya and raised in Indonesia and Hawaii. However, an former employee for the agency chalked up the Kenya reference to nothing more than a mistake.

Kenya: PM Odinga Fears Next Election May Be Marred By Ethnic Violence

As Britain's Prince William and his wife Catherine approach their first year of marriage on Sunday, online travel adviser Cheapflights has come up with a list of its top 10 travel destinations to celebrate wedding anniversaries.

The conflict through the lens of those on the ground.

Royal Dutch Shell, the world's third largest oil and gas company, reported a $7.7 billion profit in the first quarter on Thursday, giving the company an 11 percent increase compared to the same period a year ago.

Britain's Cove Energy PLC, which owns part of a massive natural gas field off the coast of Mozambique, said Tuesday it accepted a sweetened takeover offer of £1.12 billion ($1.8 billion) from a unit of Anglo-Dutch energy giant Royal Dutch Shell PLC.

In recent months, the new terror threat on Kenya has come from al-Shabab militants who rule much of neighboring Somalia

South Sudan's President Salva Kiir met with his Chinese counterpart Hu Jintao Monday in Beijing as the young African nation seeks investment for an alternate pipeline that would allow it to circumvent exporting oil through its northern rival Sudan.

Sudan and South Sudan: The Global Impact Of A New War

With forces gathering on both sides of the Sudan-South Sudan border, it seems that the two nations are again headed toward all-out war, which would be devastating to both countries and their international partners.

Mike Tyson's Tooth Knocked Out After Pet Tiger Headbutted Him

When Mike Tyson sunk his gold teeth into the fleshy cartilage of Evander Holyfield's ear, he claimed it was in retaliation for being headbutted. Luckily for Tyson's pet tiger Kenya, when she headbutted him, she made sure to knock his teeth out.

Patriot's Day 2012 is not just about the Boston Marathon, a Red Sox day game and time off from work.

EU Court Backs UK Extradition Of 5 Terror Suspects To US

Radical Muslim cleric Abu Hamza al-Masri and four other men had been fighting extradition, saying they would face inhumane conditions in the supermax federal prison in Florence, Colo.

Dave Mustaine may be one of the greatest rockers of all-time, but during a recent interview with Canadian TV show The Hour to promote his new album 13, the 50-year-old Megadeth frontman admitted his distrust of Obama and where he was born, which would effectively make him a birther.

Oil Is Discovered In Kenya For The First Time

Oil has been discovered in Kenya for the first time by Anglo-Irish firm Tullow Oil.

Abdullahi Yusuf Ahmed, the former president of Somalia and a controversial leader, dies at the age of 77.

Obama Sign Language Surprise : What Other Languages Does He Know? [VIDEO]

A new video shows that Obama can understand some basic American Sign Language ... and there's evidence that he has even more secret language skills. 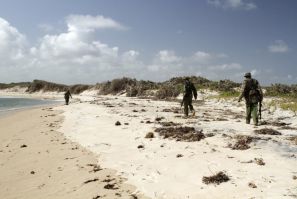 After six months held hostage by Somali pirates, British women has been released and prepares for her return home. 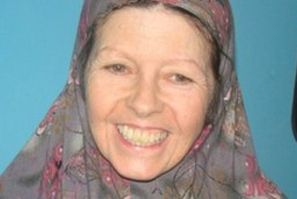 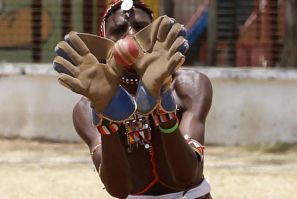 Known as “Warriors” for their active involvement in social campaigns, the African ethnic people took up cricket as a tool to spread awareness about healthier lifestyles and HIV/AIDS amongst youth. 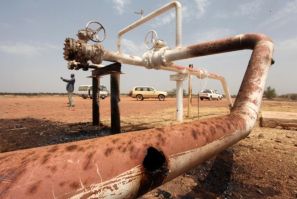 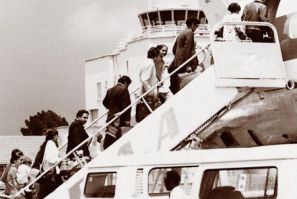 Uganda: The Legacy of Idi Amin’s Expulsion of Asians in 1972

Amin cited that the Ugandan Indian community had exploited the local economy and refused to integrate with the African people after a century in the country.