As ANC Celebrates Centennial, Some in South Africa See Betrayal of Its Ideals

South African President Jacob Zuma led a purification ceremony at the site in Bloemfontein where the African National Congress was born 100 years ago. Many say the party needs cleansing itself.

The country of Cuba is fuming after a rumor that Fidel Castro was dead spread across Twitter.

Who is Spying on Nelson Mandela?

South African media reported that the cameras have been watching Mandela for as long as six years.

Student organizations have tried to distance themselves from the prank.

South Africa's parliament passed a bill on protecting state secrets on Tuesday despite criticism at home and abroad that it harks back to apartheid legislation and makes it easier for corrupt officials to conceal graft.

Wall Street legend Ted Forstmann, who died of brain cancer on Nov. 20, helped launch the private equity industry. The colorful financier was as known for his Republican leanings, charity work, and relationships with Princess Diana, Elizabeth Hurley and Padma Lakshmi as for his late-in-life warnings about Wall Street excesses.

In honor of D’Oliveira, South African and Australian cricketers stood in silence for one minute.

A rare look at Beyonce's personal life, including her wedding dress.

South Africa's ruling ANC kicked out its firebrand Youth League leader, Julius Malema, from the party for five years on Thursday after finding him guilty of dividing and bringing the 99-year-old liberation movement into disrepute.

South Africa's ruling ANC kicked out its firebrand Youth League leader, Julius Malema, from the party for five years on Thursday after finding him guilty of dividing and bringing the 99-year-old liberation movement into disrepute.

The number of murders fell by 6.5 percent over the 12-month period through the end of March 2011 to 15,940, the lowest figure in seventeen years.

South African peace icon Archbishop Desmond Tutu celebrated his 80th birthday on Friday in the church where he preached against apartheid, just a few days after saying the former liberation movement now in government was in some ways even worse.

Steve Jobs died on Wednesday.He was 56. His death leaves Apple without its charismatic co-founder but his legacy lives on its products and technologies.

The Dalai Lama, the Tibetan spiritual leader, cancelled a trip to South Africa planned for this week that had put Pretoria in a bind between its biggest trading partner China and one of its modern heroes, Nobel Peace Prize laureate Desmond Tutu.

China has embarked on a plan to launch a new space lab on Thursday beginning with the lift off of its 8.5-ton Tiangong-1 space module. Developing nations across the world are launching space and science research that could put them on the path to charting their own future.

Academy Award winner Morgan Freeman has some very strong opinions about racism and the Tea Party. He told CNN on the Piers Morgan Tonight show that racism in America had taken a turn for the worse since Obama took office. He also said that the Tea Party's anti-Obama stance is racist, reports the Huffington Post.

Gadhafi's Mysterious Daughter Hana: Did She Ever Exist?

Gadhafi told the world that his four-year-old girl died during the Regan-era bombing raids on Libya in 1986. But is she alive, living in Tripoli as a doctor?

Terming the dialogue initiated by the British government with Colonel Gaddafi in 2003 as right decision, the former MI5 chief Lady Eliza Manningham-Buller today acknowledged that though it was difficult, but the decision to engage in dialogue with Gaddafi in 2003 was right.

South African politician Julius Malema was found guilty of hate speech charges on Monday, but the crime will do little to stop the controversial leader's rise. Malema is one of South Africa's most polarizing figures, and he may well be the country's future. 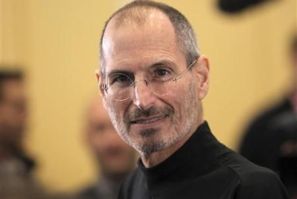 Steve Jobs Quits: Why He Mattered to Apple and the Tech World

Probably the only reason why Steve Jobs quit as CEO of the company he co-founded and made into a world leader is because the end of his life is near. His body is breaking down and, as usual, neither he nor Apple will discuss it.

A camp in Virginia has no traditional activities such as fishing or swimming but it provides young women with statistics scarier than any campfire story - a possible HIV/AIDS diagnosis.

The camp in the state of Virginia has no traditional activities such as fishing or swimming but it provides young girls with statistics scarier than any campfire story. 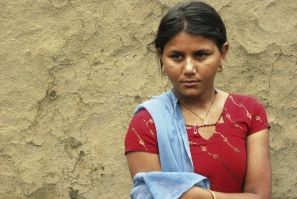 Child marriage a scourge for millions of girls

Child marriage, which steals the innocence of millions of girls worldwide and often condemns them to lives of poverty, ignorance and poor health, is one of the biggest obstacles to development, rights groups say. 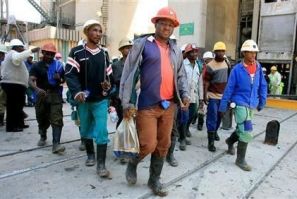 Why S.Africa won't nationalise its mines