The Real Madrid star earned the honor for the first time since 2008, holding off four-time winner Lionel Messi of Barcelona, and French winger Franck Ribery of Bayern Munich.

The release of Palestinian prisoners, including hunger striker Samer Issawi, is the latest angry issue separating Israel from its neighbors.

Looking for the right thing to say when the clock strikes midnight? Say goodbye to 2013 with the perfect New Year’s Eve toast. Be brainy. Be boozy. Be prepared.

From the newsmakers to the movers and shakers, these 14 destinations will all bask in the spotlight in 2014.

Disappearing inflation, controversial handshakes and toilet paper wars: It all happened in 2013 in Latin America.

Thamasanqa Jantjie, the man exposed as a fake sign language interpreter and revealed as a schizophrenic, has a lengthy history of criminal charges, including murder.

In a new ad, Spirit Airlines pokes fun at the Obama selfie flap and the headlines about Michelle Obama's reaction.

In an unprecedented gesture, Barack Obama and Raúl Castro shook hands during Nelson Mandela's memorial. In Cuba, reactions are optimistic.

The AFP photographer who captured President Obama's now-infamous "funeral selfie" claims that Michelle Obama was never angry and rejects the notion that the president's behavior was inappropriate.

The Deaf Federation of South Africa claims the sign language interpreter at Nelson Mandela's memorial service was a "fake."

Conservative U.S. politicians have praised Nelson Mandela, but some of their supporters lobbed racial insults at the deceased South African president.

Even President Obama takes a selfie every now and then. He snapped one alongside an unidentified woman and British Prime Minister David Cameron

Obama and three former U.S. presidents were among the thousands who paid tribute to Nelson Mandela in Soweto, outside Johannesburg.

“It is hard to eulogize any man...how much harder to do so for a giant of history, who moved a nation towards justice,” President Obama said. 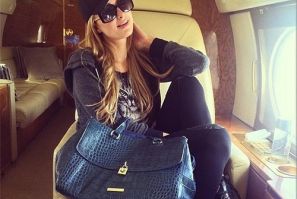 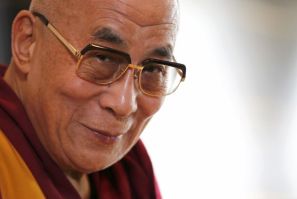 Dozens of world leaders plan to attend a memorial service for Nelson Mandela on Tuesday, but some prominent names won't be among them.

Kanye West Did Not Say He's 'The Next Nelson Mandela'

An article on the Daily Currant has people wondering if Kanye West really said he's "the next Nelson Mandela." 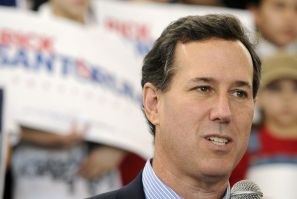 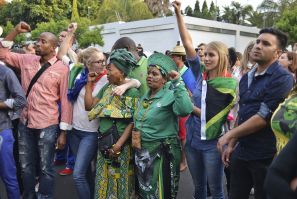 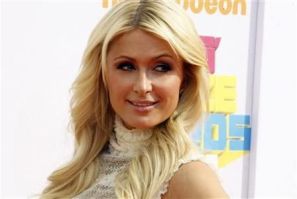 Paris Hilton Tweet Hoax: Why Were The Media So Quick To Buy It?

In spreading a phony quote about Nelson Mandela, Twitter user @DeletedTweets inadvertently proved the powerful allure of the almighty screenshot. 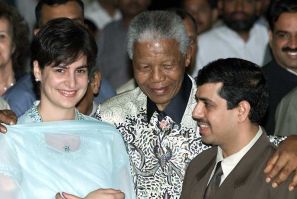 Mandela had a long association with Indians and Indian people stretching back to his early days as an anti-apartheid activist.
Latest news
China's Authorities (And Political Prisoners) Remember Mandela's Legacy
Nelson Mandela In Ethiopia: A Peacemaker's Beginnings As Guerrilla Fighter
Growing Up White In South Africa
Graça Machel: Mandela’s Third Wife And A Leader In Her Own Right
World Leaders React To Death Of Nelson Mandela
EDITOR'S PICK