A variant of the swine flu in China has all the makings of a new pandemic if allowed to spread out of control.

Thus far, the G4 virus is only transmissible between pigs and can't be transmitted from person-to-person — yet.

China Buys US Soybeans Despite Halt Due To Trade War

Other items Chinese officials told traders to halt purchases of include pork, cotton, and corn.

A Virginia pastor who once criticized the public reaction to the coronavirus pandemic as “mass hysteria” has succumbed to the illness, news reports say.

While North Korea downplays the African Swine Fever epidemic, South Korea has taken an aggressive stand on the matter by ordering its snipers to eliminate the influx of wayward boars into the country.

Scientists differ on whether this strain is more virulent than past.

A new study claims more than one-half of India's 1.2 billion people have their lives cut short because of "dangerously high" levels of air pollution.

Amid a mounting death toll, the Indian government on Wednesday asked chemists to stock Tamiflu, a drug used to treat the viral disease.

Research has shown that Washington sea otters can carry influenza viruses, but they did not become infected by humans.

A new study shows how scientists used the 2009 pandemic as a “natural experiment” to discover how the body’s immune system builds resistance to the flu.

An Unexpected Journey Back To Middle-Earth, The Land Of Hobbits (By Way Of New Zealand)

Middle-earth, the land of hobbits, may be mythical, but so too is New Zealand. The only difference is you can visit the latter.

Swine flu is making a comeback as a new strain of the virus has begun spreading, with more than 100 cases reported this year, according to the Centers for Disease Control. The surprising culprit? State and county fairs. And doctors warn its now much easier to transmit among humans.

The total confirmed cases of the Influenza A variant virus that has been transmissible from swine to humans in Indiana jumped from just 11 last week. The cases, which show symptoms of a mild seasonal flu, have been found in 18 counties across the state, state health official said.

A virus that jumped from birds to seals turns out to have adaptations that could make it transmissible to humans as well.

A new study says the swine flu pandemic of 2009 might have killed as many as 579,000 people. The original count, compiled by the World Health Organization, put the number at 18,500.

A swine flu outbreak in India has claimed 12 lives since the beginning of this month and more than a hundred people have been infected so far. The source of the outbreak has not yet been determined, but India's Health Ministry has said it is being contained and urged people not to panic.

The virus EV-71, a more virulent enterovirus, has infected more than 6,000 and killed nine children since January in Vietnam. A 22-month-old boy has died from hand, foot and mouth disease in central Vietnam, bringing the country's death toll nine this January, an official said.

Deadly Bird Flu Studies to Stay Secret for Now: WHO 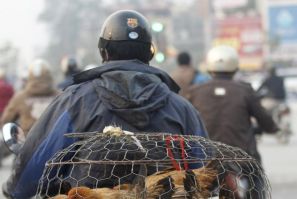 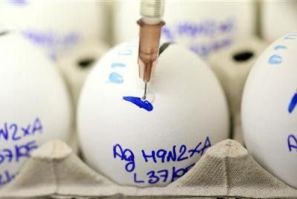 When 22 bird flu experts meet at the World Health Organization (WHO) this week, they will be tasked with deciding just how far scientists should go in creating lethal mutant viruses in the name of research. 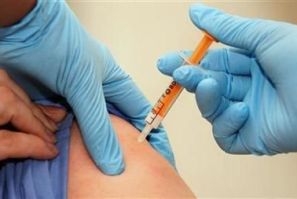 Mexico, where the deadly H1N1 worldwide pandemic began three years ago, has seen a large increase in the number of swine flu cases in 2012 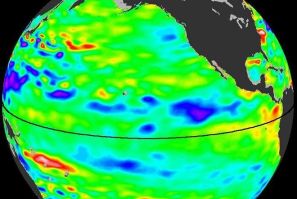 La Niña May Be Linked to Flu Pandemics

Flu pandemics may be linked to La Niña weather conditions that alter bird migration patterns and can promote dangerous new strains of the human influenza virus, according to American scientists in a statement on Monday. 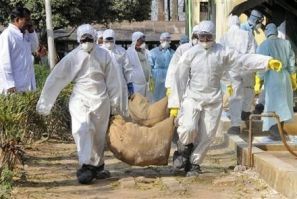 The World Health Organization issued a stern warning on Friday to scientists who have engineered a highly pathogenic form of the deadly H5N1 bird flu virus, saying their work carries significant risks and must be tightly controlled.