U.S. Bancorp is a financial services holding company, headquartered in Minneapolis, Minnesota. It is the parent company of U.S. Bank, the sixth-largest commercial bank in the United States as of September 30, 2009. U.S. Bancorp offers regional consumer and business banking and wealth management services, national wholesale and trust services and global payments services to more than 15.8 million customers. The company employs approximately 58,000 people.

U.S. Bank National Association is a nationally chartered bank, regulated by the Office of the Comptroller of the Currency, Department of the Treasury.

Wells Fargo and US Bank join JPMorgan Chase in closing some bank branches and reducing hours during the coronavirus pandemic.

It is the marriage season in the American banking sector. The good news is that the first time after the financial crisis in 2007-2009, a mega banking merger has been announced. The all stocks merger between SunTrust Bank and BB&T Corp will create America’s sixth-biggest commercial bank.

The New Orleans Saints and Minnesota Vikings meet in Minneapolis on Sunday night.

Piper Jaffray's Gene Munster now shifts focus to the Apple TV set-top box, which is expected to be unveiled next month.

There's one developing storyline in the saga of Knight Capital Group Inc., the Wall Street market maker that lost more than $440 million Wednesday when an automated trading program it had just installed went berserk, that's not being talked about: It is being propped up by the very people it tried to screw over.

JPMorgan Chase & Co. (NYSE:JPM), the largest and most profitable U.S. bank, will launch a reloadable prepaid card in its 5,541 branches this summer, aiming to attract new customers and recoup fees it has lost under recent regulatory changes.

European Union finance ministers failed Thursday to hammer out new global banking regulations, highlighting the resistance regulators on both sides of the Atlantic face as they push for tougher banking rules to ensure banks won't spark another great recession, as they did in 2008.

Bank of America Corp and U.S. Bancorp have been sued by a Chicago pension fund that said they failed to protect investors in their roles as trustees for mortgage-backed securities for Washington Mutual Inc.

That Wall Street expects J.P. Morgan to outperform its peers shouldn't come as a surprise. Besides being the biggest, it's arguably among the three or four most stable big banks.

Apple Inc shares set a record high on Tuesday after Piper Jaffray supported Topeka Capital Market's assertion that the stock should breach $1,000 in a year or two, propelled by emerging markets growth and new products that could include a revolutionary TV set.

As the U.S. government nears a deal with top banks to resolve mortgage abuses, the Justice Department has begun reaching out to other banks to gauge their interest in joining the wide-ranging settlement, according to a person familiar with the matter.

Standard & Poor's Ratings Services downgraded five more North American banks late Tuesday, a move to better reflect a recalibration of its view of the banking sector. The downgrade is a result of the application of the revised bank criteria published on Nov. 9, rather than any sudden and striking changes in creditworthiness.

Why America's Swipe-based Credit Cards are Outdated, Can Expose You to Fraud

America may seem to be at the forefront of innovation and technology, but when it comes to credit card payment systems, we're still a step behind.

Even after Bank of America backed off its $5 monthly debit card fee, banks are still raising existing fees and tacking on new fees in order to garner additional revenue. 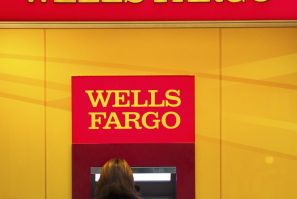 Wells Fargo Targets the Super-Rich with $50 Million in Assets

Wells Fargo & Co., the fourth-largest U.S. bank by assets, is launching a boutique business to serve families with $50 million or more in assets, as more banks look toward wealth management to replace transaction-based fees.

The Minnesota Vikings and state officials were scrambling to find funding for a proposed $1.1 billion stadium after state lawmakers rejected plans to increase a local sales tax without a public referendum. 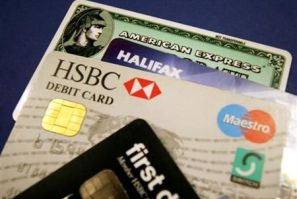 Bank of America will keep the $5-a-month fee for debit card use that's scheduled to start early next year, while other banks, like J.P. Morgan Chase and Wells Fargo, announced Friday that they are shying away from the fees.

Nara Bancorp Inc , which posted a better-than-expected third-quarter profit, said it had commenced an underwritten public offering of about $55 million of its common stock, nearly a fifth of its current market value.

With the majority of the banking industry by assets having reported third quarter results, FBR Capital Markets believes that some of the dire scenarios discussed may have hit bank valuations harder than underlying fundamentals indicate. 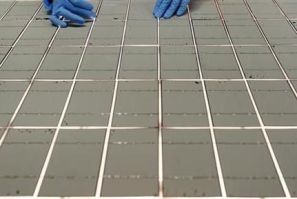 U.S. solar company Evergreen Solar Inc filed for bankruptcy on Monday, its once cutting-edge technology falling victim to competition from cheaper Chinese rivals and to solar subsidy cuts in Europe. 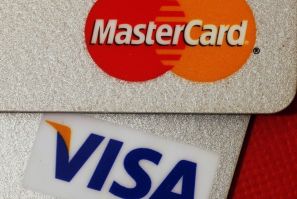 Fed Issues Softer Durbin Rules: What Does It Mean For Visa, Mastercard?