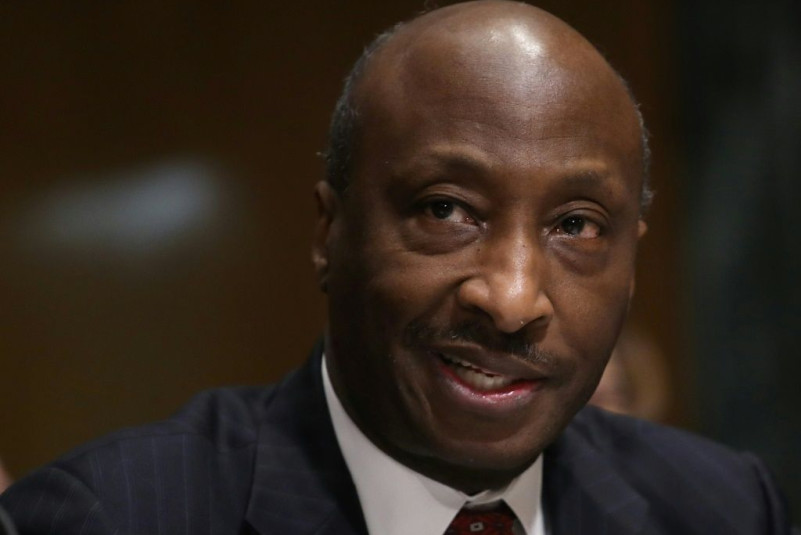 Ken Frazier To Step Down As CEO Of Merck

Ken Frazier to step down as CEO of Merck

The FDA has received 700 reports of suicide or suicidal ideation among people who took Propecia following its decision 10 years ago to not issue a warning to consumers.

Merck To Begin Studies Of Oral Coronavirus Treatment In September

The Food and Drug Administration designated Koselugo as an orphan drug to treat neurofibromatosis type 1, which affects 3,000 to 4,000 individuals.

Merck & Co. is cutting 500 jobs across the U.S. as it looks to make "several changes" to its U.S. commercial organization.

The jury said Gilead has "willfully" infringed on Merck's patent.

Is There A Vaccine For The Zika Virus? Pfizer, Johnson & Johnson, Merck Are Exploring Developing One

Developing a vaccine against the mosquito-borne virus could take years, researchers have said.

Analysts predict that Uptravi, a new drug from Swiss company Actelion, could hit annual sales of $1 billion or more in the U.S.

The deal would help expand its hold in the antibiotics sector and get access to Cubist's medicines, mostly used in hospitals.

The U.S. pharmaceutical company is divesting assets and investing in research for new products like insomnia drug Belsomra.

Merck, which has been hit by several drug development failures, wants its own pharmaceuticals business to remain a medium-sized entity.

The FDA-approved Keytruda is the first in a new range of drugs that could revolutionize the treatment of some cancers.

More than 150 million people worldwide and three million Americans suffer from hepatitis C, which does not have a vaccine till date.

Sales of Sovaldi, which cures hepatitis C in 12 weeks, hit a record-breaking $2.3 billion within a few weeks.

The definitive agreement comes as pharmaceutical companies struggle against the growing market share of generic medicines.

Merck's latest layoffs are coming from both marketing and research and development.

The pharmaceutical industry is grappling with diminishing R&D productivity -- exemplified by a drop in revenue per new drug approval.

Merck & Co., Inc. (NYSE:MRK), the Whitehouse Station, N.J.-based pharmaceutical giant, is borrowing about $2.5 billion to service corporate and contribute to its pension fund.

Researchers from the University of North Carolina at Chapel Hill in collaboration with scientists from the Harvard School of Public Health, National Cancer Institute, Merck and the University of California have identified a drug employed in treating certain types of lymphoma that help dislodge a hidden virus in patients receiving treatment for HIV.

Based on analyst estimates, Merck & Co. will report earnings of $1.01 a share on sales of about $12.16 billion -- an increase of 0.1 percent from the year-earlier quarter. The company posts its second-quarter earnings on Friday, before the opening bell.

Stocks rose modestly on Friday, putting equities on track for a fourth day of gains as more strong earnings partially offset a weaker-than-expected reading on economic growth.
About Merck & Co.