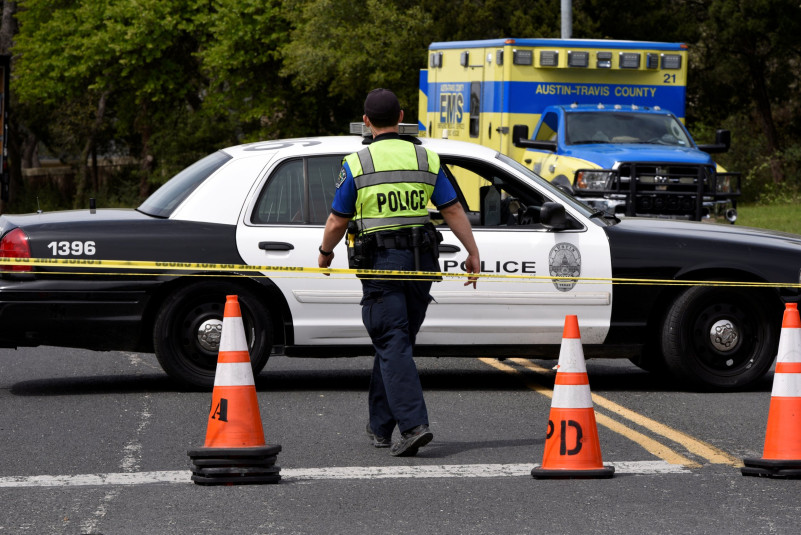 South By Southwest Shooting: Suspect In Custody After 4 Injured From Gunfire

Police have a suspect in custody after four victims suffered gunshot wounds at the South by Southwest fesitval in Austin, Texas.

“The abortion ban is atrocious,” Lizzo told the crowd in the Austin Convention Center.

The red carpet event will not take place to prevent any exposure to the coronavirus.

Layoffs 2020: Norwegian Air, SXSW 2020 Lay Off Employees Due To Coronavirus

The economic impact of COVID-19 remains savage among businesses such as SXSW and Norwegian Air that thrive on the presence of masses of people.

Netflix is the latest to cancel its participation, including a panel for #BlackExcellence and five film screenings due to coronavirus outbreak.

Facebook announced that due to coronavirus outbreak, the company and its employees will not take part in SXSW 2020.

A team of researchers revealed a new device in the fight against cancer.

Apple's Eddy Cue will speak at SXSW this year, which means he could reveal details on upcoming original content. Here's what we know so far of Apple's planned projects.

Check out all the new music out this Friday.

The tech community responded with disbelief following an interview with Trump Treasury Secretary Steve Mnuchin in which he suggested AI wouldn't affect jobs in the United States for 50-100 years.

Designer Sherri Hill kicked off prom season with a special performance by Forever In Your Mind in Austin, Texas.

These Temporary Tattoos Turn You Into A Human Track Pad

Technology developed at the MIT Media Lab and Microsoft Research Lab stood out at SXSW because it can turn you into an extension of your phone.

Cara Santana, A.Chal And More At The Belvedere x Noisey: Behind the Scene Event At SxSW

During SxSW, Belvedere Vodka hosted the first installation of its Belvedere x Noisey: Behind the Scene event series at the Contemporary Austin rooftop.

“Jane the Virgin” star Gina Rodriguez wants to take on the role of America Chavez.

Former President Barack delivered an address to SXSW attendees last year and that was live streamed.

Niantic Labs founder and CEO John Hanke just dropped a bombshell during his appearance at this year’s SXSW Conference. He apparently revealed that new “new products” are coming soon.

Tumblr Teams Up With Planned Parenthood At SXSW To Say #TechStandsWithPP

David Karp and Cecile Richards gave a talk at the conference Friday, and the annual Tumblr party will be a rally for Planned Parenthood.

Niantic Labs CEO John Hanke is scheduled to speak at SXSW this Friday. Nick Johnson, the first person to catch all Pokémon, is also going to the convention.

The festival will also feature seven artists from five of the seven countries that are part of Trump's travel ban in a special event called 'ContraBanned: #MusicUnites.'

Nintendo Switch Tour, Release Date: How To Try The New Console Before It's Available To Buy

Nintendo is taking its new console, the Nintendo Switch, on tour across North America. Here is how to get your hands on the console before it's available to buy.

At SXSW, the sci-fi director shared why he thinks his friend Andrew Jarecki's app is better than Snapchat.

Kerry Washington speaks on ignoring rumors swirling about her marriage to Nnamdi Asomugha during SXSW.

Starry Internet Wants You To Cut The Cable Cord For Real, But Can It Deliver The Goods?

Fledgling internet provider Starry spoke with International Business Times at SXSW about its ambitious plans to upend the broadband industry.

A top executive at Adblock Plus on Friday vigorously defended a program that “whitelists” publishers for a fee.

Miss any of our SXSW 2015 Film Festival coverage? It's all right here.

The iconic rapper announced that he is developing the '80s family drama with Allen Hughes, the director of "Menace II Society."

Lizzie Velasquez was enjoying the end of high school when a cyberbully called her "the world's ugliest woman." "A Brave Heart" reveals what happens next.

SXSW 2015: Cloud DX's Medical Tricorder Is Straight Out Of 'Star Trek' (Sort Of)

SXSW 2015: How Algorithms Subtly Control What We Read, Hear, Watch And (Ultimately) Think

You also may never see this article because a computer didn’t think it was relevant to you, and that’s a matter of great concern to two researchers at SXSW.

A fan proposed to her partner in front of Ryan Gosling, Eva Mendes and hundreds of SXSW attendees at the premiere of "Lost River."
About SXSW