The "Where Is The Love?" singers' act did not sit well with Polish anti-gay activist Marcin Warchol.

Sergey Naryshkin, the Director of the Foreign Intelligence Service of Russia, claimed that Poland believes it deserves compensation for providing Ukraine with military aid and accommodation for war refugees.

The Russian state TV host also called on Moscow to double down on producing the equipment Russia needs for its war in Ukraine.

Poland's president on Wednesday said a missile strike within its border was "unfortunate accident" and not a deliberate Russian attack as originally feared. .

Polish President Andrzej Duda said the missile that killed two people in the eastern part of the country was "most likely" produced in Russia.

Female 'Vampire' With Sickle Across Neck Found In 17th-Century Graveyard

The woman had a padlock around her toe and a sickle across her neck, which are signs that suggest people believed she was a vampire while burying her.

Belarus claimed the United States is turning Poland into a "testing ground" for a possible conflict against Russia.

"I had a chance to meet some families who fled the war in Ukraine, leaving loved ones behind with no idea when they will be able to return home," Ben Stiller wrote.

Russia Threatens Nuclear Attack On Poland If This Happens

Putin To Invade Poland Next; UK, US Are 'All Lined Up': Russian Media

A host of a Russian state TV show also said Russia is being forced to consider demilitarizing the entire NATO alliance.

Putin's ally said he is prepared to attack Poland unless it apologizes for a dousing incident involving a Russian ambassador earlier this month.

GOP Senators Break Unity With Biden For 'Weakness' On Russia

Republican senators are beginning to sour on President Joe Biden for his perceived hesitancy to extend greater military aid to Ukraine as it protect itself from Russia's invasion.

Sean Penn went to Kyiv, the capital of Ukraine, to work on a documentary about the ongoing Russian invasion.

Israel summoned Poland's ambassador to protest a bill that puts a deadline on the restitution of Jewish property that were stolen during the Nazi occupation during World War II.

Fake Pfizer COVID-19 Vaccine Made Of Anti-Wrinkle Treatment Sold For $1,000

'Iguana' Sighted On Tree Turns Out To Be A Discarded Croissant

A woman who called the animal welfare said people were not even opening their windows fearing the creature might enter their house. 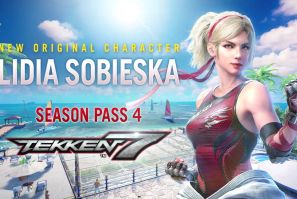 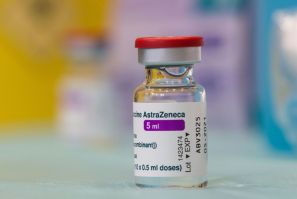 The man, who was in his 40s, had a number of underlying health conditions and was a resident at a long-term care facility. 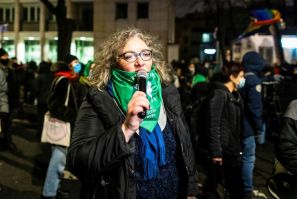 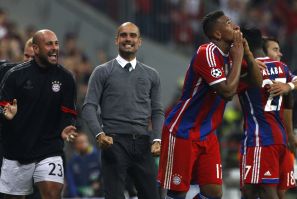 Bayern Munich are set to play the Club World Cup final on Thursday in Qatar. 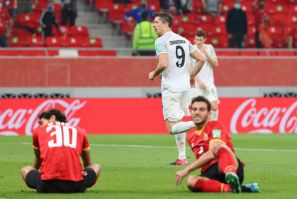 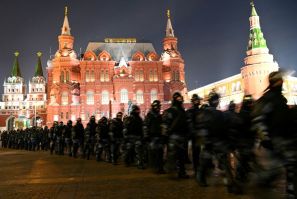 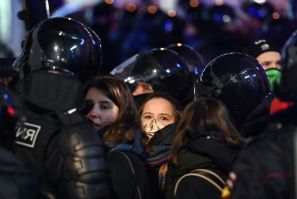 In Russia, Protests And Crackdown Bring Belarus To Mind