Ukrainian authorities found a mass grave of more than 440 bodies in the northeastern town of Izium that was recaptured from Russian forces days ago, a regional police official said, adding some of the people had been killed by shelling and air strikes.

U.S. Energy Secretary Jennifer Granholm met with the governors of six states in the U.S.

A Chick-fil-a employee was caught on video helping a woman and a baby during an apparent carjacking.

A bipartisan group of U.S. senators on Thursday decided to put off until after the Nov.

Some residents of the wealthy liberal enclave of Martha's Vineyard decried a move by Republican Florida Governor Ron DeSantis to fly dozens of migrants to the vacation island as a political "stunt," as local officials and volunteers scrambled to help the confused new arrivals.

IAEA Board Passes Resolution Calling On Russia To Leave Zaporizhzhia

The U.N. nuclear watchdog's 35-nation Board of Governors on Thursday passed a resolution demanding that Russia end its occupation of the Zaporizhzhia nuclear power plant in Ukraine, diplomats at the closed-door meeting said.

Exclusive-With A Russian Nudge, Turkey And Syria Step Up Contacts

Turkey's intelligence chief has held multiple meetings with his Syrian counterpart in Damascus over the last few weeks, a sign of Russian efforts to encourage a thaw between states on opposite sides of Syria's war, four sources said.

The Wednesday night jackpot was worth an estimated $207.1 million.

King Charles To Host World Leaders Ahead Of Queen's Funeral

Presidents, prime ministers and monarchs from around the world will travel to London over the weekend to pay their respects to Queen Elizabeth and attend a reception at Buckingham Palace to be hosted by King Charles the day before her funeral.

Roger Federer, regarded by many as the greatest male player to wield a tennis racket and who took the sport to new levels during a career spanning more than two decades, has announced he will retire after next week's Laver Cup in London.

U.S. President Joe Biden on Thursday directed the committee that reviews foreign investment for national security risks to sharpen its focus on threats to sensitive data, cyber security and areas such as microelectronics and artificial intelligence.

A large majority of European Union lawmakers voted on Thursday to condemn damage to democracy in Hungary under veteran Prime Minister Viktor Orban, stepping up pressure on the bloc to cut funding for the ex-communist country.

Jennifer Morlu has taken a noble initiative by donating her milk to feed premature babies in the country.

What To Expect From The Omicron Booster Shot

Here's what to know about the latest COVID booster shot targeted at Omicron subvariants BA.5 and BA.4.

"I heard it hit her head. It was a water bottle or soda bottle," father of the toddler said.

The officials identified the remains from the dental records as that of a missing Ohio woman, Amy Hambric, who disappeared in 2017.

The ex-president dismissed her concerns when she talked to him, the book -- titled "The Divider: Trump in the White House, 2017-2021" -- claimed. 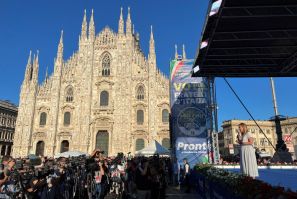 Senior Adviser To Meloni Wants Italy's Treasury To Be Split Up

A senior economic adviser to Giorgia Meloni, the front runner to become Italy's next prime minister, called for the Treasury to be split into two in order to create a separate ministry managing tax policies and fiscal reform. 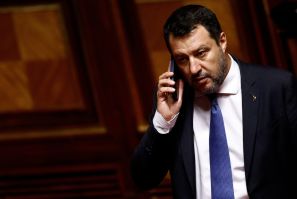 Long simmering tensions between Giorgia Meloni, tipped to become Italy's next prime minister after this month's election, and her ally Matteo Salvini, head of the rightist League, have bubbled to the surface 10 days before the vote. 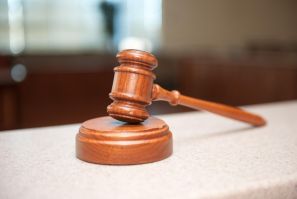 During the sentencing, the court observed that it was "presented with no other option" but to order her to pay restitution as it was mandatory under Iowa state law. 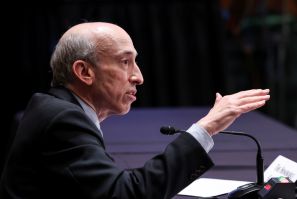 An aggressive regulator is critical to maintaining the United States as the "gold standard" for capital markets, U.S. 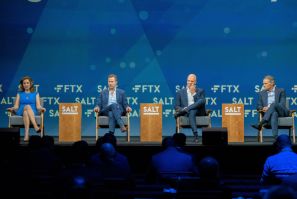 U.S. hedge funds that focus broadly on technology investments are bracing for heavy losses this year as gloomier economic data sparked a fresh selloff this week, shrinking hopes of clawing back any significant ground in coming months. 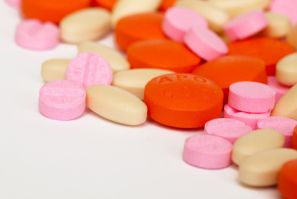 Four girls overdosed on pills in Hollywood, possibly from the same distributor. 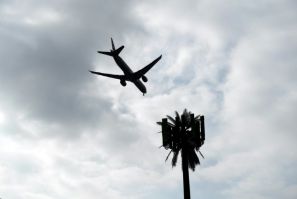