When Does Daylight Saving Time End?

The arrival of daylight savings represents the time when we set out clocks back an hour.

The victim's mother told the police the suspect attempted to lure the girl with candy, money, and other items.

Authorities also found evidence of an ignitable liquid in the apartment "where it normally would not be located."

Ms. Faye is now a local hero and neighbors are treating her to amazing food for her act of bravery.

The woman left a "suicide note" before she disappeared while she was out on bail, pending trial for the alleged murder.

"You're all going to f—ing die!" Harris allegedly yelled before unleashing a volley of shots at the students.

Two individuals, allegedly Chinese spies, were charged by the DOJ on Monday in an espionage case relating to an ongoing investigation into tech firm Huawei.

"Let me be very clear: these results are not acceptable," Education Secretary Miguel Cardona said.

The child's parents set up a camera in the bedroom after noticing the girl would get scared whenever the healthcare came over.

Jeremy Durham denied the sexual misconduct allegations of at least 22 women hurled at him in 2016.

Officials said the investigation into their disappearance will be closed.

Chicago authorities reported the deaths of two Chicagoans who were diagnosed over six weeks ago.

Colder weather is expected in six states early this week as snowfall increases.

In September, the IRS said they "identified and reported" thousands of text scams targeting taxpayers.

Cheney Warns Live Trump Testimony Could Be A 'Circus'

Rep. Liz Cheney warned that live testimony from former President Trump could result in a "circus." 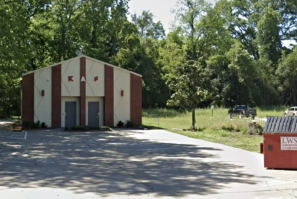 Baton Rouge police arrested two people in connection with a mass shooting at a fraternity party near the campus of Southern University. 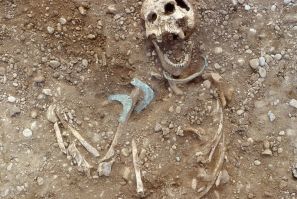 A man hunting ducks in an Indiana marsh discovered human remains while finding his kill. 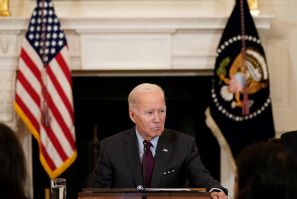 President Biden's student debt relief program was dealt a blow when it was issued a block from a federal appeals court. 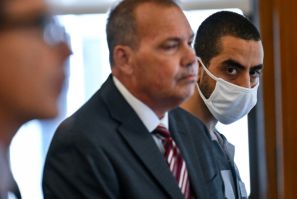 Salman Rushdie Has Loses Eyesight After Assault During

Author Salman Rushdie lost sight in one eye and the ability to use one of his hands after being attacked in August. 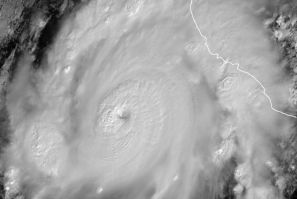 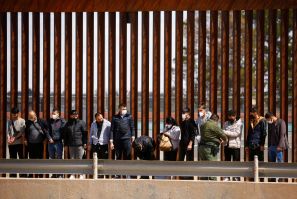 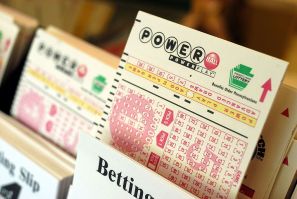