Her nephew said she was doing well now at the hospital.

Are You Suffering From Long COVID? Symptoms To Watch For

Long COVID symptoms can vary by person, but can often persist for weeks, months, or longer after a COVID-19 infection.

Man Accused Of Beheading Ex-girlfriend Is A Child Rape Convict

Jose Rafael Solano Landaeta was arrested for the murder outside the woman's home on Sept. 8, while her children were inside.

Coloring is not just popular as an art form that helps you to express yourself, but many people take up it as a hobby to relax and meditate.

The suspect was among four individuals accused of robbing a 46-year-old man at gunpoint on a train in the Bronx, New York.

"He trusted the police to come and help him. Instead, they attacked and killed him," the father of the 22-year-old said.

Trump Ally's Trial To Test Century-old U.S. Law On What Makes Someone A 'Foreign Agent'

Tom Barrack, the investor and onetime fundraiser for former U.S.

New clashes erupted between Azerbaijan and Armenia on Wednesday as international peace efforts intensified a day after nearly 100 soldiers were killed in the worst fighting between the ex-Soviet republics since 2020.

Moderate members of the U.S. House of Representatives are leaving office at twice the rate of their more partisan peers this year, a Reuters analysis found, likely deepening Washington gridlock during President Joe Biden's next two years in office.

U.S. claims that Russia has given at least $300 million to political parties in more than two dozen countries sent a jolt through Italy's election campaign on Wednesday, with right-wing leaders denying they had received clandestine cash.

"They said at the animal hospital they have never seen quills that bad in their entire life," Chester's owner said.

The incident occurred when Ronald, 49, was returning home from a bar with his nephew.

President Joe Biden plans to take a victory lap on Wednesday at the Detroit auto show, highlighting automakers' increasing shift to electric vehicles and billions of dollars in new investments in battery plants.

A ruling on Wednesday by Europe's General Court on whether Alphabet's Google should face a record EU antitrust fine of 4.34 billion euro ($4.4 billion) for using its Android mobile operating system to quash rivals could set a precedent for other regulators looking into its business practices.

The former Prince Charles is not the only one getting used to having "King" in his title all of a sudden.

Several universities in Boston have urged its communities to be on alert following the explosion of a package at a building in Northeastern University.

The phenomenon was spotted over Texas at around 9 p.m. Monday, according to reports. 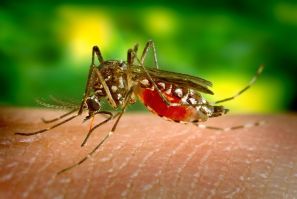 People should contact health care providers immediately if they develop fever or other symptoms after being bitten by mosquitos. 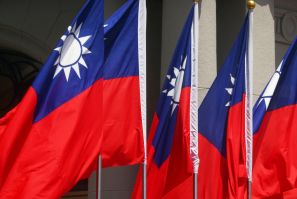 Taiwan's de facto ambassador in Washington, Hsiao Bi-khim, on Tuesday hosted dozens of international lawmakers who back sanctions on China for aggression toward the island, a show of support for Taipei amid military pressure from Beijing. 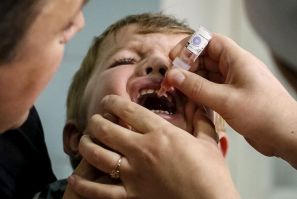 US Confirmed To Have Circulating Vaccine-Derived Poliovirus: CDC

The U.S. is "taking all appropriate actions to prevent new cases of paralysis," according to the CDC. 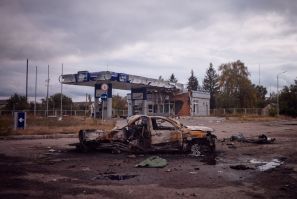 The guns had gone quiet after three days of fighting in the battle-scarred northeast Ukrainian town of Balakliia, but Mariya Tymofiyeva said it was only when she saw Ukrainian soldiers that it hit her that over six months of Russian occupation had ended. 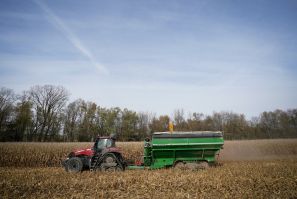 Some U.S. railroads will start halting crop shipments on Thursday, a day ahead of a potential work stoppage, an agricultural association and sources at two grain cooperatives said on Tuesday, threatening exports and feed deliveries for livestock. 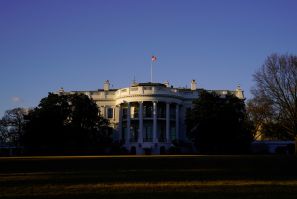 President Joe Biden's administration on Tuesday made contingency plans aiming to ensure deliveries of critical goods in the event of a shutdown of the U.S. 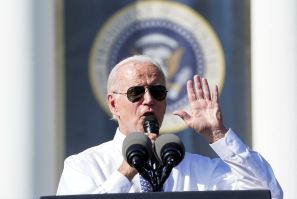