Rare cloud formations are sometimes mistaken for aliens, according to authorities.

The woman appeared to be under the influence of narcotics at the time of her arrest, according to police officers.

The suspect claimed that when he asked for his money back, the victim made excuses and threatened to file a false complaint.

'Paranoid' Man Rams Truck Into Police Station 'To Be Heard'

Chacon had made several calls to the department over the past few years to report "strange happenings" that were later found baseless.

The man said the fire would be "worth it" if it caused "a little delay" in someone receiving abortion services at the Planned Parenthood clinic.

The mother initially called 911 to report her son being unresponsive. First responders quickly realized that it was not a medical call but a crime.

Man Murders Wife, Calls 911 Before Killing Himself In Death Valley

In a note left behind in their car, the man explained that his wife was suffering from "chronic health conditions."

Investigators had initially believed that the victims died by suicide, but later found out that their relatives killed them to exact revenge.

The suspect met the teenager online and traveled from Illinois to Michigan to meet her in person.

The woman attended the school for four days and spent most of her time with the school's guidance counselors.

Officials have not revealed the exact relationship between the suspect and the victim.

A lithium-ion battery is believed to have started the fire in the basement of a two-story home in Queens. 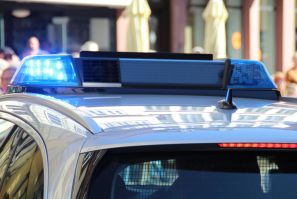