Bank of America will keep the $5-a-month fee for debit card use that's scheduled to start early next year, while other banks, like J.P. Morgan Chase and Wells Fargo, announced Friday that they are shying away from the fees.

How Many Androidites Would Switch to iPhone5 and Why?

Apple Inc.'s iPhone5 is coming. The tech world assumes the incoming device is a monster of a device, displaying all of Apple's game-changing capabilities and aesthetic finesse. The rival camps have reason to panic.

The $5 Bank of America debit card fee has sparked rage that hasn't been seen since the height of the financial crisis in 2008 and 2009.

In switch, cable operators want to go a la carte

Cable operators are privately working on a plan to force programmers to unbundle their networks and allow customers to subscribe to channels on an individual basis.

In Switch, Cable Operators Want to Go 'A La Carte'

Cable operators are privately working on a plan to force programmers to unbundle their networks and allow customers to subscribe to channels on an individual basis.

The damaging impact of chemotherapy on healthy cells can now be combated using a protein switch that initiates cancer cells to produce their own anti-cancer medication.

France's media regulator on Monday proposed a switch to a new broadcasting technology which could make it harder for smaller players to prosper and delay new channels.

New York slugger Mark Teixeira hit home runs from both sides of the plate for the 12th game of his career to set a new Major League record in the Yankees' 6-0 victory over the Chicago White Sox Tuesday.

Will and Kate, or the Duke and Duchess of Cambridge, arrived in Canada today for the first leg of their North American tour.

Scientists restore memory of rats with flick of switch: Humans next?

Memories can be restored in drugged rats literally with the flick of a switch and the same can possibly be done to human beings suffering from dementia, according to researchers at Wake Forest University and the University of Southern California (USC).

As Samoa prepares to jump across the international dateline, a new opportunity arises for tourists.

Warren Buffett's Berkshire Hathaway said it has agreed to acquire additives maker Lubrizol for $135 a share in cash, or $9 billion, making it one of the largest acquisitions in its history. Eli Lilly and Co. announced that it has made an irrevocable, unconditional offer to acquire the animal health business of Belgium-based Janssen Pharmaceutica NV, a Johnson & Johnson Co.

Isolated spikes of Internet activity showed up in Libya over the weekend, according to Google's Transparency Report, but it is intermittent and Libya is still largely cut off from the rest of the world.

Google, after removing at least 50 malicious apps from the Android Market, said it will now remove those apps from the devices as well by using remote application removal feature.

The Libyan telecommunications operator has cut off Internet traffic from inside the country.

All Eyes Turn To Internet In Libya, Bahrain

After the Egyptian government shut off the Internet attention has turned to Libya and Bahrain, both of which have had some of the worst unrest in the last week.

Bookstore chain Barnes & Noble Inc has invited independent Web operators that are affiliates of online retailer Amazon.com to switch to its network. 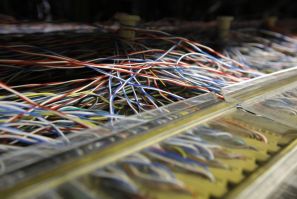 Internet Kill Switch Not Possible In The U.S.

Since the Egyptian government shut down the Internet for days in the wake of protests, some have asked if the U.S. government could set up an Internet kill switch to cut off access -- either to stop people from communicating or protect the country from cyber attack. 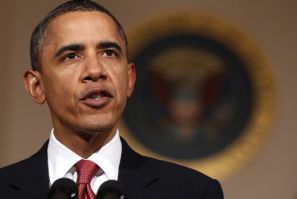 After 'V for Victory', Infowars stirs up 'Obama Triggers Blackouts'

After stirring up a storm with the 'V for Victory, You are the Resistance' campaign, Infowars has now accused the Obama administration of triggering blackouts.

Scientists have found a protein that acts as a master switch to determine whether certain white blood cells will boost or dampen inflammation, a finding that may help the search for new drugs for rheumatoid arthritis.

Microsoft Corp is offering customers of Salesforce.com Inc thousands of dollars in rebates to switch over to its own customer relationship management system.

Wall Street initially welcomed the abrupt departure of Pfizer Inc CEO Jeffrey Kindler, but quickly turned to questions about the condition of the pharmaceutical company and the behavior of its board.