Co-founder and CEO of Bombas 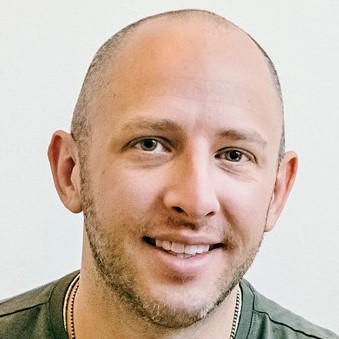 David Heath is the Co-founder and Chief Executive Officer of Bombas. Prior to the launch in 2013, David dedicated two years to rigorous product testing and refinement to create the best performing and most comfortable sock available, while staying true to their mission of helping those in need. David holds a BA from Babson College with majors in Marketing, Management, and Entrepreneurship.

Previously, he led business development as one of the founding employees at UrbanDaddy followed by joining the new media acquisitions and strategy team at Yucaipa Companies.  As a true serial entrepreneur, David has founded three companies, with one successful exit, and has invested and consulted on a range of start-up businesses from concept, through launch and continued growth.

David has been featured on ABC’s Shark Tank, NBC TODAY Show, CBS This Morning, ABC Good Morning America, Bloomberg TV and in The New York Times, and was named EY Entrepreneur of the Year in 2017.

You can find him on LinkedIn.

David Heath, Bombas -  Why We Recognized Him:

Bombas was founded on the idea of fixing a problem that seems so simple. Socks are the number one thing asked for in homeless shelters.  But CEO and Co-Founder David Heath felt the need to fix this through a capitalistic solution rather than simply asking people to donate socks. They succeeded on a grand scale with their current annual revenue of over 100 million per year, while donating over 40 million items to 2,500 communities. That’s a whole lot of Social Capital.

But maybe even more impressive than the company’s revenue and its mission is that the founder really cares about teaching and empowering others to care and see their own opportunity to live their lives with a mission.

“There is really nothing more rewarding than empowering people and watching them grow,” says Health. “At Bombas, we believe that a culture of continuous learning is essential to everyone's growth and development.”

This is more than just a clever or hopeful statement. He genuinely believes that empowering people is the way to be successful as a company, using the mantra “Bee Better,” in so many of the company’s directives.

Not only is this its mantra, but the company’s guiding principle. It is what pushes the company’s decision-making and helps build the infrastructure of giving.  Bombas is in the business of empowering others to care for others. It is all about “ensuring every person on the team is able to make the same connections,” says Heath.

This idea extends to its customers, who are offered a Giving Directory with ideas for other ways that customers can help and make a difference with their efforts.

Now just to put the punctuation on the company’s employee empowerment and make it clear it really wants to make employees’ lives better as well, Bombas offers unlimited vacation time, unlimited remote work, and unlimited sick time. Yes, none of those were typos.

The company also created a "situational fund" to help employees meet additional or unexpected needs to help out with a few thousand here and there for all kinds of personal tragedies or challenges that employees may be confronted with.

All because when Heath decided to start a business, part of the mantra was, "We will make people feel welcomed, included, supported--loved--as part of whatever it is we do."

Socks were just the beginning of a quality revolution as David Heath takes aim at unmet underclothing needs of mainstream and homeless populations.

David Heath created a capitalist solution to solving one of the most heartbreaking realities in America - hundreds of thousands of homeless cannot afford or find socks. He leveraged his entrepreneurial desire and spirit into fixing this problem by creating a superior sock that sold like hotcakes.