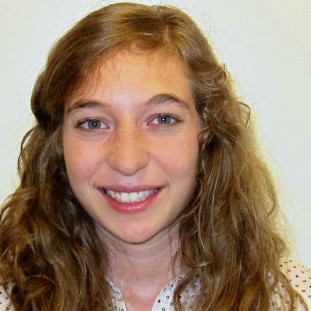 Abigail Abrams is a breaking news reporter covering politics. She is originally from St. Louis, Missouri and has previously reported for FiveThirtyEight and TIME, among others.

Incumbent Marco Rubio said he was considering running for re-election despite previously saying he was not interested in another term.

The shooting in Charleston happened one year ago today.

Will The GOP Support Donald Trump? Paul Ryan Says Republicans Should Vote With ‘Their Conscience’

In an interview set to air Sunday, the House speaker essentially gave Republicans permission not to vote for Donald Trump.

During the trial, the 94-year-old former Nazi guard said he was embarrassed that he knew Nazis were killing Jews but did not try to stop the atrocities.

The Vermont senator was set to speak about the future of his campaign at 8:30 p.m. EDT on Thursday.

“Sadly, with this endorsement of Hillary Clinton ... the leadership of the AFL-CIO has made clear that it no longer represents American workers,” Trump said.

The families of people killed in mass shootings “don’t care about the politics,” the president said in Orlando, Florida. “And neither do I.”

Authorities say Muslim Americans have often warned authorities about fellow Muslims they think might be turning toward extremism.

The FBI said it is trying to allow Orlando, Florida, to return to a sense of normalcy while it continues investigating Omar Mateen and the mass shooting that took place Sunday.

Seddique Mateen said Wednesday that he did not know about his son's radicalization and he wants to keep others from the same fate.

Beyond Orlando Shooting: Homicides Of LGBT And HIV-Affected People Rose 20% In 2015, Study Finds

People of color and transgender individuals were the most targeted groups last year, a new report finds.

The justice minister wants to ensure all residents follow laws against polygamy and underage marriages.

A survivor from Sunday’s shooting, Angel Colon, called the gunman “heartless” and “ruthless” on Tuesday as he recounted his experience.

Following Clinton’s victory in Tuesday’s District of Columbia primary, the candidates met at a hotel and reportedly agreed to work together to defeat Donald Trump.

Candidates have talked about reversing a trend that has seen average weekly expenses rise 170 percent from 1985 to 2011. But parents and advocates say the issue needs more attention.

Religious leaders in Florida called for solidarity over prejudice after Sunday's slaughter in Orlando.

Does President Obama Even Like Hillary Clinton? A Look Back At The Relationship Of The Former Rivals

The president once painted his former rival as a “corporate lawyer sitting on the board at Walmart” and famously said he found her “likable enough.”

“As everyone knows, there are no high-speed trains manufactured in the United States,” said a U.S. company that was set to partner with China Railway.

Don’t Like Donald Trump Or Hillary Clinton? Here Are Your Third-Party Options For 2016

If you're looking to cast a protest vote against one of the two major candidates, here are some other options in the 2016 presidential race.

Here's what Hillary Clinton and Donald Trump say about Wall Street regulation — and what big bankers think about them.

The Vermont senator thanked supporters for being “a part of the revolution,” in a speech in California, shortly after Hillary Clinton celebrated a “milestone” in her campaign.

Hillary Clinton is less than 30 delegates away from the magic number needed to clinch the Democratic presidential nomination.

This deployment represents the Navy’s first under the Optimized Fleet Response Plan, which aims to establish seven-month trips.

Hillary Clinton hopes to fend off Bernie Sanders’ advances as the two Democrats compete for California’s large delegate prize ahead of June 7.

The New York Catholic Conference is pushing against a bill that would make it easier for victims of sex abuse to file lawsuits.

John F. Kennedy Quotes: 14 Sayings By JFK On His Birthday

The former president was assassinated in 1963, but his legacy has lived on in the minds of many Americans over the years.

National Burger Day Freebies 2016: The Best Deals To Enjoy The Juiciest, Boldest Patties Around The Country

Here are the best ways to take advantage of the holiday honoring one of America's favorite foods.

What Mars’ Ice Age Tells Us About Global Warming: Red Planet Still Recovering From Its Freeze 400,000 Years Ago

Scientists may be able to use Mars as a parallel to learn more about Earth and the possibility of sending people to the red planet.

The Republican National Committee has disputed a report that Journey will play at the party’s national convention.

These discounts will help you make the most of Memorial Day Weekend.

German arms-maker Rheinmetall is ready to greatly boost the output of tank and artillery munitions to satisfy strong demand in Ukraine and the West, and may start producing HIMARS multiple rocket launchers in Germany, CEO Armin Papperger told Reuters.

Lawyers for Sam Bankman-Fried on Saturday urged a U.S.