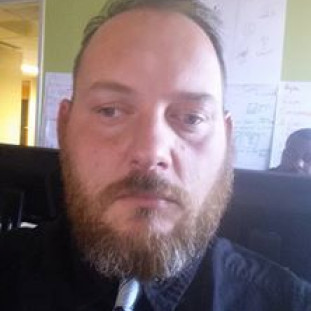 USAF Airman Falls Into Gulf of Mexico: Are Training Missions Getting More Hazardous?

Authorities are searching for an airman who fell into the Gulf of Mexico from a C-130 on Tuesday.

Iran made its intentions clear Tuesday when it said it would attack U.S. troops and anyone hosting them if war comes calling.

The F-35A has successfully completed its first deployment.

US Army To Field Stryker-Mounted Lasers: Here's What You Need To Know

The US Army announced a bold timeline for its laser weapons system.

The Russian Ministry of Defense said an American convoy was attacked on the M-4 highway on the outskirts of Tel Tamir as it was headed toward the Iraq border.

A pregnant Florida woman is credited with saving her husband and daughter after she took on robbers who had broken into her home and were threatening her husband with pistols.

US Army Places Order For MUTT Robo-Mules: Here's What It Can Do

The MUTT is a fully autonomous 8-wheeled vehicle, that can be wirelessly tethered to an individual in a squad who it will then follow.

ScanEagle Drone Shot Down By Yemeni Rebels, But Do The Saudis Fly Them?

A source told International Business Times that the drone was, in fact, a ScanEagle and that the Saudis do have several of the aircraft.

While authorities are working to contain the zombie deer virus by making it impossible to remove the carcasses of affected animals, those steps might have come too late.

The Trophy protective weapon system is the most technologically advanced available of its type and already combat-tested by the Israeli army.

Some of the F-35s, intended originally to be sold to Turkey, will now go to other partner nations.

The automotive manufacturer called the new Camaro the fastest, most track-capable production Camaro ever.

The woman was in her home in Warwickshire, about 35 miles north of the RAF Fairford base, and called the police to report a loud thud outside.

The pilot successfully ejected from the F-16 fighter and was being treated at a local hospital, the base said in a Facebook post

If you live in one of the 2,000 cities covered by the program, you may be able to get free grocery delivery from Amazon.

While driving to the basket against the Heat, Young looked to injure his ankle pretty severely as it appeared to roll.

Baggage Handler Steals Luggage Then Tries To Sell It On Facebook

Kinley Rice found items stolen from her check in baggage were up for sale in Facebook.

US Army To Retire Vietnam-Era Bullets, New 6.8 MM Round Will Punch Through Advanced Armor

The new 6.8 millimeter round is designed to drive a bullet much farther downrange and create as much damage as possible.

Volkswagen Group will roll out electric vehicle platforms to its Audi, Skoda and Seat and Porsche brands, and will be in a position to build 22 million electric cars by 2028.

Airbus Gets Orders For Record 300 Aircraft From India's IndiGo Airline

The deal includes the newest jet from Airbus, a long-range A-320neo called the A321XlR. This will bolster the airline's aircraft count to a total of 730 new orders.

California Town Turns To Talking And Brainstorming To Get Rid Of Hate, Reduce Tensions With Police

A California town police chief chose to start an accountability program, beginning with his own department.

Boeing and its allies helped craft a 2018 law that handed over parts of a plane's certification process to the FAA, says a report.

2 Men And A Dog Disappeared On Sailing Trip Between Between Rhode Island and Virginia, Search On

Two men and a dog left Rhode Island last week and never made it to Virginia.

Mysterious X-37B Lands In Florida After Two Years In Space

The X-37B landed safely today after two years in space.

Pelosi Angry That President Did Not Notify Leadership Of Baghdadi Raid

The Russians were an active part of the raid in which Baghdadi was killed so they would have known of it in advance, and Pelosi's comments were seen as more political.

Reports said the gunman could have been targeting just one individual at the party.

Chase Young is destroying the competition today -- he is a half step off the snap faster than everybody else on the field.