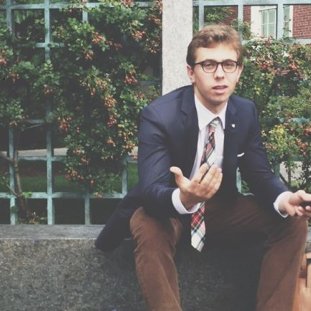 Eben Blake is an intern covering general affairs at IBTimes in New York City. He is currently pursuing a degree in English and History at Brown University and previously worked at The Brown Daily Herald as the Arts and Culture Editor.

Immigration In US 2015 Reaches A New Record With Immigrant Population Of 42.1 Million People, Study Finds

Arrivals from overseas top 42 million, or 13.3 percent of the total U.S. population, the highest level in 105 years, Census data show.

Roughly 53 percent of New Jersey voters said that Christie's out-of-state campaigning hurts his ability to govern, according to a new poll.

South Korea announced that its military would not need to seek approval from leadership before firing back at its northern neighbors.

Reports that sonar images of two box-like shapes on the floor of the Indian Ocean were from the missing Malaysia Airlines Flight 370 were rejected Thursday by Australian authorities.

New legislation proposes that agricultural products seized under Russia's food ban not be destroyed, but rather given as humanitarian aid.

Who Is Richard Berman? Deflategate Judge Presses NFL On Lack Of Evidence For Tom Brady's Suspension

Kraft Heinz To Cut 2,500 Jobs As Part Of A Cost-Slashing Plan As Healthy Competitors Advance

The layoffs will include 700 workers at Kraft's corporate headquarters in Northfield, Illinois, in a measure aimed at cutting $1.5 billion from the company's budget by 2017.

More than half of registered voters said Hillary Clinton's emails should be subject to a criminal probe for potentially releasing classified data.

Another new state law affirms the public's right to take audio and video recordings of law enforcement officials without threat of being charged.

“There was an effort to completely suppress not only any expression of religious conviction, but [also] any articulation of historical reality,” Rep. Trent Franks, R-Ariz., said.

Prime Minister Tony Abbott's recent statements about a referendum for same-sex marriage stand in stark contrast to comments he made in May.

Local gun shop owners suggest the tax on firearms and ammunition sales won't raise revenue but rather push consumers to acquire weapons outside the city.

"There seem to be more than a few items that connect it with Zichron Yaacov, with the glass factory at Tantura, and with the baron’s ships,"  said University of Haifa researchers Monday.

While the zoo does not currently know if Mei Xing, the adult female giant panda, is pregnant, a spike in hormones suggested her reproductive cycle will conclude soon.

Missouri Gov. Jay Nixon said the "entire community was put at risk" by heavy gunfire after a "day of peaceful marches, prayers and healing."

Officials in North Korea plan to turn the Wonsan-Kumgang Development Zone into an international tourism hub rivaling those of China and Japan.

The nation's first prime minister found the last few years of his life to be "a sad and difficult time," his daughter wrote.

Fans waiting in line for the final "Daily Show" reflect on the longtime host's impact -- and look forward with trepidation toward life without him.

The next host of "The Daily Show" is a relative newcomer to American audiences -- and will be carefully scrutinized when he takes over Sept. 28.

Jon Stewart's final episode as the host of "The Daily Show" will come right after the first Republican primary debate.

The country's leaders cited increasing global instability as the rationale for the potential defense policy change.

Plague Kills In Colorado: Fleas To Blame For Disease's Second Victim This Year?

The victim may have contracted the disease from fleas on a dead rodent or other animal, according to health officials.

"If the West and Iran come to a complete understanding and agreement on this issue, sanctions would be the first to be lifted," the editor of Iran Press newspaper said Wednedsay.

"We should have a serious dialogue with our neighbor, the Iranians, and ... lay down our concerns from both sides, and solve them together," Qatari Foreign Minister Khalid al-Attiyah said.

Several lawmakers have raised concerns about the balance of privacy and security, which could delay a vote on the bill.

"They've been able to keep raising prices because students are captive consumers. They have to buy whatever books they're assigned."

Gawker has released the personal cell phone number of the reality TV star and poll-topping Republican candidate in "the spirit of open and fair political debate."

As Hillary Clinton's inevitability is questioned, the idea of a Biden candidacy suddenly resurfaces.

Prince William greeted U.S. President Joe Biden at the waterfront in Boston on Friday, part of a three-day visit by British royals trying to focus attention on tackling environmental issues.