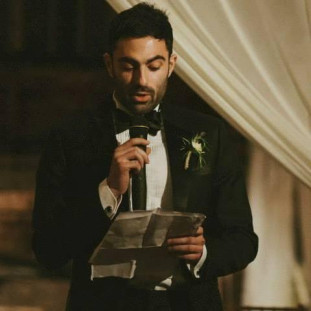 Eric Markowitz is an award-winning journalist and the senior writer at the International Business Times. He covers technology, crime, and police. More information can be found on his website, www.Eric-Markowitz.com.

Nine months ago, the FCC ordered private prison phone carriers to lower prices. So why have prices gone up instead?

Sig Sauer was a company near collapse — until it started making assault rifles, like the weapon used in the June 12 massacre that left 49 dead and dozens injured in Orlando, Florida.

The FBI Has Spent Billions On Terror Databases. How Come They Didn’t Catch The Orlando Gunman?

Road to Rio: As Crime Explodes In Rio, Private Security Forces Step In As Protectors

Brazil is famous for its many charms, but is also internationally recognized for violence and crime. Swimmer Ryan Lochte and three teammates were robbed in Rio early Sunday.

License plate scanners collect vast amounts of data for police departments. The technology is used to catch criminals, but what about the data collected on everyone else?

The wealthy California enclave wants to develop a line of autonomous shuttles. Is the initiative realistic or just a Hollywood fairy tale?

Police Departments Face A Crucial Question: How To Pay For Body Cameras?

Body cameras are becoming another piece of technology worn by officers in response to misconduct complaints. But can departments even afford them?

Thousands of people now record their interactions with police. What happens when police officers demand that those videos be deleted?

The world’s first cyberattack on a power grid cut electricity to hundreds of thousands in Western Ukraine. Now, officials worry the U.S. could be next.

Warfare 2.0: A Day In The Life Of A US Army Cyber Soldier

As international fears of another terrorist attack grow, the U.S. Army has positioned cyber soldiers as potentially the first line of defense.

For Safety, Or Profits? Inside The Debate Over Contraband Jail Cell Phones

The FBI Now Has The Largest Biometric Database In The World. Will It Lead To More Surveillance?

The agency is expanding its inventory of more than a half-billion face photos. But critics question whether the database can help deter crime.

How Prison Phone Calls Became A Tax On The Poor

One phone call at a time, American law enforcement agencies are making billions off the families of prisoners to pay for everything from new jails to police cruisers.

Los Angeles is increasing security measures at its transportation hubs after yet another terror attack in the heart of Europe.

The Supreme Court decision Monday was a win for Arizona-based Taser International, which makes devices used by police across the U.S.

At Least 25 Migrants Drown After Boat Capsizes Off Turkish Coast

At least 25 people drowned Sunday after a boat carrying migrants capsized off the Turkish coast. Ten of the dead were children.

Immigration Judge Says 3-Year-Olds Can Defend Themselves In Court

A federal judge who is training other immigration judges said 3- and 4-year-olds could stand up for themselves in the absence of an attorney.

The family-friendly animated film surpassed “Frozen” to set a weekend mark for Disney.

Protesters in Kiev on Sunday demanded the release of a hunger-striking Ukrainian pilot being held by Russian authorities.

Thanks To The Gun Lobby, In Some States It’s Easier To Carry A Handgun Than A Taser

The U.S. Supreme Court may soon consider extending the protection of the Constitution’s Second Amendment to cover stun guns. Should it?

How To Hack An iPhone: ‘Decapping’ Process Is Risky And Could Destroy The San Bernadino Shooter’s iPhone Forever

The Coast Guard has suspended its search for two men whose plane crashed into frigid waters off the coast of San Pedro, California.

In an unusual case, a Chicago police officer is suing the family of a man he killed. One attorney calls it a “new low” for the Chicago Police Department.

There is mounting pressure on Hillary Clinton to reveal what she told Goldman Sachs bankers during paid speeches, but so far there's little evidence she will.

A California judge handed a harsh sentence to a doctor convicted of overprescribing painkillers to patients.

An explosion aboard a passenger plane Tuesday forced its pilots to make an emergency landing, and an official confirmed Saturday it was caused by a bomb.

“Truth and Power,” airing Friday on Pivot, tells the story of Daniel Rigmaiden, a hacker who discovered police use of StingRay spyware.

Police departments around the U.S. are using license plate scanners to find scofflaws or criminals. Some are also letting the device suppliers slap drivers with mandatory fees.

At a conference in New Orleans, the U.S. attorney general echoed President Obama’s calls for reform in the nation's prisons.