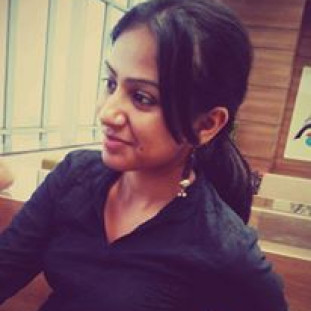 Matthew Weiner had allegedly told the series' writer Kater Gordon that she owed it to him and that she should let him see her naked.

A longtime family aide to President Donald Trump, Lynne Patton had reportedly discussed removing the tax exemption status of the Church of Scientology with the president to which the former had pledged his support.

Due to a failing business, relations had turned sour between Ramon Sosa and his wife and that led to her plotting her husband's murder by hiring a hit man.

Would be jurors inside the courtroom were excited to see former President Barack Obama joining them Wednesday.

Mueller's focus on Flynn Jr. might be a tactic to coerce Flynn into cooperating with the investigation, a report said citing some legal experts.

The woman was repeatedly told that the restaurant does not serve French fries, however, she kept asking for it.

His victory came days after flyers featuring his photograph were distributed around the town with the words: "Don’t let terrorism take over our town."

After Maine voters decided to expand access to Medicaid under the Obamacare on Tuesday, around 80,000 people will qualify for it.

The Texas church shooter's teenage best friend said that the gunman would often engage into verbally aggressive arguments during growing up years but never actually got physical with anyone.

Twitter Unhappy With Rapper Meek Mill Being Sentenced To Prison

The rapper's career comes to a halt for few years as he has been sentenced to two to four years in prison in Pennsylvania for violating probation.

Some Of Trump's Bizarre Activities, Statements Made During Japan Trip

U.S. President Donald Trump is known for making bizarre statements and he did not refrain from doing so during his ongoing Japan trip.

Ohio was hit by severe storms Sunday that led to destruction of structures and human injuries in some areas. Several counties also witnessed power loss.

It is unclear as to when the Republican senator could resume to work as he has suffered five rib fractures in the assault.

Shalane Flanagan won the NYC Marathon on Sunday and ended the four-decade drought for American women in the marathon.

The nanny has been indicted for attempted murder, assault, strangulation, reckless endangerment, possession of a forged instrument, and endangering the welfare of a child.

The nature of the threats was so extreme that the CNN host immediately contacted police to complain against the tweets.

After mourning the death of the late king Bhumibol Adulyadej for a year, Thais are finally bidding farewell to their beloved leader. The royal funeral is worth $90 million.

The establishment of a navy base in Kuril Islands by Russia will strengthen its military capabilities in the Pacific region.

Following the accusations, the veteran journalist apologized for his behavior to a news channel Wednesday night.

The 6-3 ruling reversed an earlier decision by a three-judge panel on the same court that had stalled the teen's abortion.

The FBI released 1,500 pages from its investigation into the 2012 Sandy Hook shooting and the documents reflect on the dark side of the shooter.

Alaska's Iditarod race committee has identified four-time champion Dallas Seavey as the musher whose dogs tested positive for a banned drug in this year's race, however, Seavey has denied the allegations.

Who is Bill Browder? Putin Critic Says His US Visa Was Revoked

Bill Browder claimed the United States revoked his authorization to travel to the U.S. after Moscow put him on Interpol's wanted list. However, the order was later said to be lifted.

A horrific video shows a bullfighter being gored by a bull three times during a contest organized Saturday.

College life is fun. But for freshmen, the transition phase can be overwhelming.

Will Mike Pence As President Be Better For America Than Trump?

Vice-President Mike Pence would not prove to be a better president than Donald Trump, according to a report in The New Yorker.

British regional airline Flybe on Saturday ceased trading for the second time in three years, cancelling all flights and 276 workers made redundant.

Lawyers for Sam Bankman-Fried on Saturday urged a U.S.