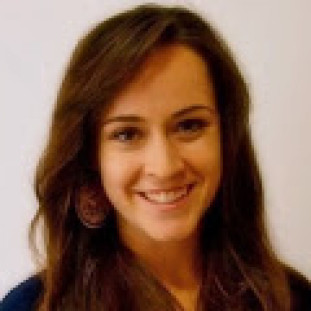 Kathleen is a money reporter at International Business Times.

Opponents of Burundi's ruling party demanded the envoy step down, accusing him of not focusing on the main cause of the conflict.

Officials suspect Boko Haram is behind the attempted attack on the city of Maiduguri.

A watchdog group says Soco paid thousands of dollars to Congolese officials, despite its vehement denial.

A crackdown on suspected money laundering makes it hard for friends and family to send money home, but Somalia depends on remittances.

The United Nations has closed the Ebola response center in Ghana as the outbreak fades.

The Eritrean government forces its citizens to spy on each other, arrests people without cause and tortures prisoners, a U.N. report finds.

Mobile Phone Use On The Rise In Africa, But Analysts At World Economic Forum Warn That Governments Must Keep Up

The continent has experienced a massive increase in cell phone users, but the infrastructure needs to be there.

Drugs And Money In The Sahara: How The Global Cocaine Trade Is Funding North African Jihad

Jihadist groups in North Africa need millions to finance their activities, so they have moved on from kidnapping to something much more lucrative: drug trafficking.

Ebola Virus Treatment May Be Found In Drugs Like Zoloft And Vascor, NIAID Research Team Reports

Scientists say the cure for Ebola may already exist in drugs like antidepressant Zoloft and heart drug Vascor.

After weeks of protests, dozens of deaths and hundreds of arrests, Burundi officials are delaying elections.

The extremist group has released a video featuring gunfights and boasting.

Some jihadist groups in West Africa are putting their hands on heavy weapons, including anti-aircraft missiles.

Days after his inauguration, Nigeria's anti-corruption president finds out officials at his central bank may have been crooked.

Doctors Without Borders has taken staff out of the world’s largest refugee camp after a string of nearby attacks by al Shabab.

Weeks after Liberia declared itself Ebola-free, the virus pops up nearby.

By 2050, Africa will be the world’s youngest economic region, but capitalizing on this demographic wave requires planning.

Chinese demand for illegal ivory isn't slowing, and 10,000 elephants in Mozambique have paid for it.

Officials are trying to stop antiquities smuggling, but may be digging themselves into a hole.

Sub-Saharan African economies are on the rise, but the gains aren’t without risks.

Africa’s biggest oil producer has been crippled by record-low crude prices this year.

The Baloch Liberation Army said it was responsible for the attack.

Local journalists in Burundi have been forced into hiding after pro-government forces destroyed media outlets and even made personal threats.

The European Union has a new plan to tackle its migrant problem, but experts say it's unworkable.

The country has a strong economic relationship with China, but critics say Chinese in schools isn’t a good idea.

WHO has been criticized for its slow response to the worst Ebola virus outbreak in history.

The union for Sunwing Airlines pilots said it is urging Canada's government to stop a plan by the Ontario-based leisure carrier to hire foreign pilots this winter to help cope with an expected holiday travel surge.

Cubans Voting On A Landmark Liberalization Of Family Code

Cubans voting on a landmark liberalization of family code