Tesla CEO Elon Musk offers a new clue on what the new Tesla pickup could look like.

An alien theorist claims that he has discovered what looks like actual structures on the surface of Venus.

An alien theorist claims that he has discovered what looks like an ancient alien burial ground on the surface of planet Mars.

There are a number of cyberpunk concept designs of the Tesla pickup, but Elon Musk says the real deal is more futuristic than the renders.

A space expert warns that humans should start evacuating Earth because of a catastrophic impact.

Elon Musk's SpaceX mission to Mars is too ambitious and is doomed to fail, according to a British astronaut.

SpaceX's mission with NASA was called “Armageddon” by Elon Musk.

Proof Of Alien Life Found On The Moon By China?

A UFOlogist claims that he has discovered strong evidence of alien life on the Moon.

The Tesla pickup's hyper utility features are expected to set it apart from its competition.

NASA admitted that they detected three space rocks hurtling through Earth. Was the response too slow?

A new study on asteroids show that it's possible for humans to survive living in space.

The Tesla pickup might just pave the way for the future Tesla van.

A salt lake was recently discovered by NASA and with it possible clues about life on Mars.

An asteroid with unimaginable speed is rushing towards Earth, but will it hit?

The Tesla pickup has a number of amazing features, but this could arguably be the best one yet.

Weird "claw marks" have been captured by NASA's MRO. Were they made by an alien monster?

Surface formations that look like worm burrows can be seen from planet Mars. Are they signs of alien life?

The Tesla pickup has a number of fantastic design features — could running underwater be one of them?

A new study shows that "building blocks of life" have been discovered on one of Saturn's moons. 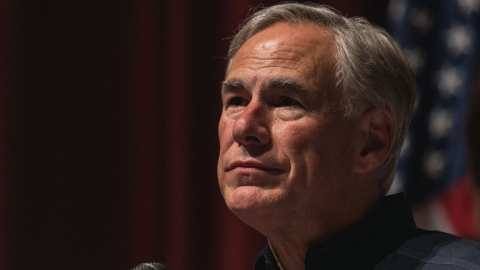 AB inBev is "off track" in reaching its goal that 20% of its beer volume would be non-alcoholic and low-alcohol by 2025, chief sustainability officer Ezgi Barcenas said in an interview on the...

TotalEnergies' shareholders on Wednesday voted in favour of the French oil and gas company's climate strategy at an annual meeting as protesters outside denounced the group's environmental toll and...

There's still plenty of time before the new co-op shooter from "Deathloop's" developers is released, so here's a quick recap of everything about the game so far.

A Ukrainian official describes Mariupol as a "city of ghosts" that has been thrown back to the Middle Ages.

Brazil's Lula Dispatched Emissary To DC To Meet With US Officials, Sources Say

Man With Handgun, Fake ID Pretended To Be Cop For Several Years

He was busted when he attempted to detain two women at a restaurant where he worked as a security guard while posing as a Deputy United States Marshal.

Daughter Says Her Missing Father Was Cut Up In Chipper, Fed To Hogs

Thirty-six years after his family’s exile, Ferdinand “Bongbong” Marcos Jr.’s impending return to the Malacañang Palace on June 30 is overshadowed by ongoing protests against an administration ruled...

The Democratic Party's hopes of picking up a much-needed U.S.

Green Gelato reveals his past in "Love After World Domination" Episode 7.

JoJo Fletcher, Jordan Rodgers : Having Children 'Is At The Forefront’

All of the things that could go wrong for the Miami Heat went terribly wrong.