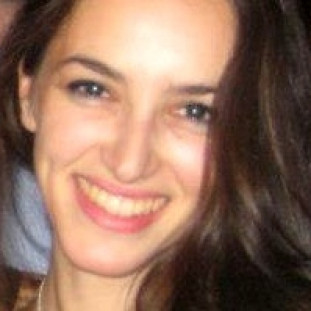 Pema Levy is a senior politics reporter. Before joining the International Business Times, Pema covered the 2012 elections at Talking Points Memo and wrote about politics at The American Prospect magazine. Please send tips and comments to p.levy[at]ibtimes.com.

The government shutdown is finally coming to an end, but the political fallout is just getting started.

The speaker will allow a deal to pass the House Wednesday with Democratic votes - one that will raise the debt limit and end the shutdown.

A majority of tea party Republicans do not believe the debt ceiling needs to be raised, ever.

Polls show the Republican Party taking the blame for the shutdown, but the GOP is trying to deflect it on to vulnerable Democrats.

When it comes to the U.S. government shutdown, social conservatives at the Values Voter Summit in D.C. on Friday were all over the map.

The Texas senator was interrupted no less than five times during his speech Friday at the Values Voter Summit.

The crowd at the Values Voter Summit in Washington on Friday really loves the anti-Obamacare fight that led to the government shutdown.

The Republican Party is primarily taking the blame for the shutdown - hitting its lowest approval rating in more than 20 years.

Some Republicans argue the government won't default if the debt limit isn't raised, but their strategy requires illegal activity.

Disapproval of Republicans in Congress grows while support of Obama ticks up, a new poll finds.

As the Supreme Court's fall term kicks off, unions could face serious setbacks to their ability to organize and collect dues.

A Democratic group is using the shutdown fight to attack vulnerable Republicans ahead of the 2014 elections.

Poll: Women See Republican Party As Moving Away From Them

Rather than making up ground with women voters after the 2012 election, a new poll shows the GOP is headed in the opposite direction.

Ro Khanna's Uphill Climb: Beat A Strong Incumbent, Then Get Congress To Work Together

Amid a government shutdown, a primary challenger says his economic message can break through the gridlock -- and he has powerful backers.

The Chamber of Commerce wrote all the members of Congress, urging them to pass a budget and raise the debt limit before they hurt the economy.

In American History, The National Debt Has Been Largely Ignored -- Until Now

The national debt may be a big political issue today, but it has rarely played a significant role in American life.

Not only do men donate more in elections, but they also donate in larger amounts, a new study finds.

Debt Ceiling 2013: Lessons From The Last Time The US Defaulted

The United States defaulted on its debt for a few weeks in 1979, and it cost the government billions of dollars.

Money In Politics: The Companies Behind David Koch’s Americans For Prosperity

A number of corporations provided seed money to the conservative Americans for Prosperity, a secret IRS form published Tuesday reveals.

The Next Citizens United? How The Supreme Court Could End Campaign Contribution Limits

A case before the U.S. Supreme Court next month has the potential to upend campaign finance law as we know it.

The U.S. senator from Texas aided allies in raising money via campaign to defund Obamacare, but threw fellow Republicans under the bus to do it.

As summer comes to a close, August fundraising numbers are beginning to trickle in from Democrats and Republicans.

Once again, the U.S. Congress turns to the task of reforming the surveillance state.

The Campaign to Fix the Debt wants D.C. to use the budget talks for tax/entitlement reform and to cut spending, not fight over Obamacare.

Debt Ceiling 2013: Obama Calls On CEOs To Push Back Against GOP’s Economic Brinkmanship

Don’t Believe In God? There’s A Super PAC For That

A new super PAC wants to "change the face of American politics" by electing non-believers to public office.

A FISA court ruling last week was a victory for transparency advocates - but the opinion could spell trouble for ordinary Americans in future cases.