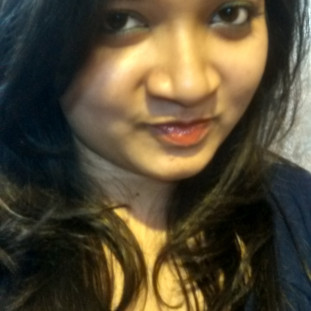 Pritha covers breaking news that is making a big stir in the U.S., world and social media. She brings to her readers the latest significant occurences that people want to know about.

Frank Meza, who set a record time for his age group in the 2019 L.A. Marathon before being disqualified from the race, was found dead, lying in the shallow waters of Los Angeles River.

Friends of Chris Cline said the helicopter was en route to Fort Lauderdale, Florida, from the Bahamas as someone on-board had fallen sick when it crashed into the Atlantic Ocean.

The child was entering the Trader Joe’s store on June 19 when he was reportedly bitten by a pug-like dog in the hand.

“I am God! Tomorrow San Juan is going to disappear, I came to save the world, and I’m going to end terrorism,” the suspect reportedly said.

Regardless of the difficulty level, a host of celebrities from all parts of the world, including fighters, athletes, musicians and actors have been giving the challenge a go.

A group of swans was swimming with their cygnets (young swans) in the same pond at the time. Suddenly, an adult swan broke free of the group and began attacking the dog.

A number of Louise Porton’s acquaintances testified before the jurors, telling them how inconvenient the suspect’s daughters had become to her way of earning money by either sending explicit pictures to men or having sex with them.

“As a last resort, fearing his dogs would be killed…He [the dog owner] removed a pocket knife and stabbed the attacking dog,” Michael Wilk, police public information officer, said.

The overhead pictures captured by the drone showed what appeared to be the silhouette of a shark moving toward Dan Watson's family.

A Russian woman allegedly refused to sit next to an African-American woman on a Spirit Airlines flight.

The body of the bear was discovered by another resident who also saw its cubs peering down at their mother from the branches above.

"Before we took off, I went to the toilet and noticed there was urine all over the floor. I went into the other toilet and there was poo on the seat," passenger Katharine Hay said.

The explosion damaged Caleb Bogan's entire left hand, the index finger of his right hand, part of his chin and several teeth.

“We received a call about a dog in a cage on a back porch who was in bad shape or possibly dead,” said Trooper Robert Broadwater of the Pennsylvania State Police.

Mother Killed 17-Month-Old Because He Was Obstacle To Extramarital Affair, Prosecutors Say

Heather Reynolds, 41, was indicted on charges of first-degree murder, second-degree endangering the welfare of a child, third-degree possession of methamphetamine, and third-degree hindering apprehension.

Jordan Lindsay, 21, of Torrance, California, was swimming in waters near Rose Island, Bahamas, when she was attacked by three sharks.

The man was rushed to a hospital nearby where he revealed that he had broken his spine after a fight with a brown bear that had overpowered him.

Some of the social media users were thrilled to see a rare species of shark on the beach. However, most others were concerned about the condition in which the creature was found as well as the rarity of the incident.

The two-year-old bulldog had sustained wounds which were consistent with being brutally dragged along the concrete road for a considerable amount of time.

According to Lt. Daniel Mederos of the Nashua Police Department, Officer Michael Kekejian was conducting a traffic stop at the time when the suspect jumped into the latter’s cruiser and put it into gear.

“The deceased had bite marks and wounds consistence in appearance with an alligator encounter," the Charleston County Coroner’s Office said.

Alyssa Marie Torres, 29, was charged with two counts of murder and one count of aggravated battery with a deadly weapon.

Jet2 flight LS 1503 departed from London’s Stansted Airport at around 6 p.m. local time (1 p.m. EDT) Saturday but was forced to return to the airport, flanked by the Royal Air Force jets, 20 minutes later.

Snake Slithers Out Of Airline Passenger’s Luggage During Hawaii Vacation

The snake was believed to have found its way into the man's carry-on luggage when the man was waiting to board his flight to Hawaii at the Fort Lauderdale-Hollywood International Airport, Florida.

Jessica D. Groves, 39, and Daniel A. Groves, 41, faced a range of charges, including abduction and kidnapping, in connection with 4-month-old Dylan Groves’ disappearance and death.

Enrique Gonzalez's attempt to join the mile-high club on Flight 5755 backfired when the person seated next to him witnessed him touching himself.

Brothers Get Locked In Fridge Playing Hide And Seek, Suffocate To Death

The incident took place when brothers David, 6, and Nikita, 4, were playing in their home in the village of Mikhaylovka in eastern Kyrgyzstan's Issyk-Kul region.

"All of these dogs seem to have had limited human contact and minimal to no veterinary care," the Monmouth County Society for the Prevention of Cruelty to Animals said.

"Once out of surgery they were told his [victim's] optical bone on his right eye and nose were completely shattered and required extensive repair,” the child's uncle wrote in a GoFundMe page.