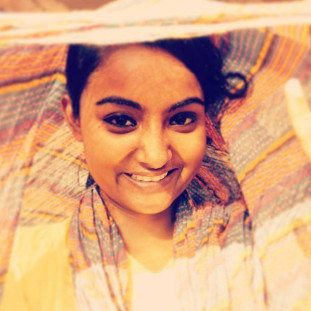 Sneha Shankar joined International Business Times in February 2014, after working with Outlook Business and Bloomberg TV India. She covers politics and business-related stories for IBTimes. She has a Bachelor's degree in English literature from Delhi University and a Masters Degree in Online Journalism from Asian College of Journalism, Chennai. An avid music lover, she prefers to while away free time reading.

Farrah Abraham posted a comment on a video shared by Blac Chyna on Instagram where Abraham called her a "monkey."

The princess, who will be 1 year old on Monday, has been seen in public only once since she was born last year.

Two bombs exploded at the departure hall of the Brussels airport on March 22, killing 16 people, following which it was shut for repairs.

A report said 11 hostages from different countries were still being held by Abu Sayyaf, a militant group in the Philippines allied with the Islamic State group.

Syria Crisis: US Working On Initiatives To End Bloodshed Amid Growing Violence In Aleppo

The surge in fighting in the Syrian city of Aleppo has led to the collapse of a two-month ceasefire which was brokered by the U.S. and Russia.

The priest, identified only by his surname Han, was a Korean clergyman with Chinese nationality and lived in a Chinese town near the North Korean border.

After Beyoncé released her new album "Lemonade," there have been rumors that Jay Z had an affair with singer Rita Ora or designer Rachel Roy.

An estimated 20 airstrikes in the Syrian city were believed to have killed some 250 civilians, reports said.

Neither Cyrus nor Hemsworth have confirmed persistent rumors that the two are engaged again and are looking to get married soon.

The moderate-reformist bloc, led by President Hassan Rouhani, supports a nuclear deal the country signed with world powers last summer that led to the lifting of international sanctions.

Pyongyang also threatened to launch nuclear attacks on the U.S. and South Korea over joint military drills between the two countries.

The chopper was reportedly carrying workers from Norwegian oil and gas company Statoil ASA’s oil field on the North Sea to the city of Bergen. No survivors have been found so far.

Blue Ivy Caught In The Middle Of Beyoncé-Jay Z Marriage Troubles? Report Says Rapper Has To 'Step Up' His Role As A Father

According to reports, Beyoncé and Jay Z are headed for a divorce, and songs about cheating in the singer's latest album have only intensified speculations.

The 62-year-old man is accused of attempting to steal classified military information and providing data to a South Korean spy agency.

Police officials in China’s Shaanxi province are probing the incident and said initial investigations showed the incident was the result of arson.

Protesters were reportedly seen blocking roads and throwing debris at passing cars, while one demonstrator was seen stomping on a police cruiser.

Was Prince Suffering From AIDS? Report Says He Was 'Very Weak,' 'Rarely Ate'

According to a report by National Enquirer, the singer, who was found dead in his home last week, had been diagnosed with AIDS.

Even before the release of "Lemonade," rumors were rife that Beyoncé and Jay Z's marriage was on the rocks, and that the couple was headed toward a divorce.

The patrols reportedly aim to determine routes safe for travel after recent attacks and kidnappings by Islamic militants.

North Korea’s longtime ally has been critical of Pyongyang’s nuclear advancements, even backing harsh Western sanctions against the reclusive country.

Blac Chyna and Rob Kardashian got engaged earlier this month and she has been seen in several photos on social media flashing her engagement ring.

The lyrics of the songs in the album "Lemonade" have spiraled speculations that Jay Z cheated on Beyoncé.

The local extremist group with allegiance to ISIS is believed to have beheaded a Canadian hostage earlier this week.

North Korea may conduct a fifth nuclear test before its seventh Congress convention, which is set for May 6, reports said.

Prince’s Friend From Revolution Says He Struggled With Health Problems, Including Heart Murmurs, For Years: Report

While speculation suggests Prince may have died due to a drug overdose, reports have also said that Prince suffered from health issues, including epilepsy.

EU Refugee Crisis: Number Of Refugees Arriving In Greece From Turkey Starting To ‘Creep Back Up,’ Report Says

As many as 150 people have reached Greek shores from Turkey every day over the last three days, the International Organization for Migration reported.

The rumored couple was spotted together last week leaving a film premiere in Los Angeles, but reports later said that Liam Hemsworth had called off the engagement.

The families of 13 North Koreans who defected to South Korea earlier this month after working at a restaurant in China will be allowed to visit them in Seoul.

Europe's aviation regulator has ruled out an industry push to allow planes to be crewed by just pilot by 2030 but said it is considering allowing limited single-person operation for parts of flights as early as 2027.

Raquelle Stevens said fans didn't see "the full picture" when it came to her friendship with Selena Gomez.