'Angry Birds' is the upcoming film based on the popular Rovio Entertainment game by the same name.

Vincent Cassel to play the main villain in "Bourne 5."

Andrew Garfield Wants To Chop Off His Long Hair

Andrew Garfield is reportedly over his long hair.

'Bourne 5': Matt Damon Says It Will be Set In 'Post-Snowden' World

Mads Mikkelsen Eyed For The Role Of Villain In 'Doctor Strange'

Marvel is reportedly considereing Mads Mikkelsen for a role in "Doctor Strange."

Viola Davis Says She Is 'Blown Away' By 'Suicide Squad'

Jeremy Renner's costume in "Captain America: Civil War" will be different from "Avengers: Age of Ultron."

"Steve Jobs" has been directed by Danny Boyle from the screenplay by Aaron Sorkin.

Ludacris will give voice to Get-Well Gus in 'Doc McStuffins.'

Margot Robbie Was Offered A Role In 'Fantastic Four'

Margot Robbie reportedly did not resonate with "Fantastic Four's script.

The tweet clearly celebrates the girl power of “Ghostbusters” which features women in the lead roles.

Chiwetel Ejiofor will play a role in "Doctor Strange."

Aunt May may reportedly have a scene with Spider-Man in "Captain America: Civil War."

Harrison Ford agreed to play Han Solo in “Star Wars: The Force Awakens” because he liked the script. 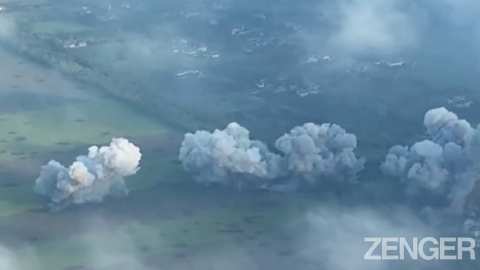 'Do Something Now:' Mourners Demand Action After US School Shooting

Set the world on fire with unlimited grenades and fireballs with this Solar 3.0 Warlock build for "Destiny 2."

Some of the items stolen by Russian soldiers included sneakers, canned goods and tents.

President Volodymyr Zelenskiy urged the West to stop playing around with Russia and impose tougher sanctions on Moscow to end its "senseless war" in Ukraine, adding his country would remain...

Nine Confirmed Monkeypox Cases In US

At a press conference Thursday the CDC confirmed that there are nine cases of the monkeypox virus in the U.S. across seven states.

All For One taunts Endeavor in "My Hero Academia" Chapter 354.

Prior to this season, the Boston Celtics last made the NBA Finals in 2010.

Kevin Durant To Phoenix: How Likely It Is To Happen