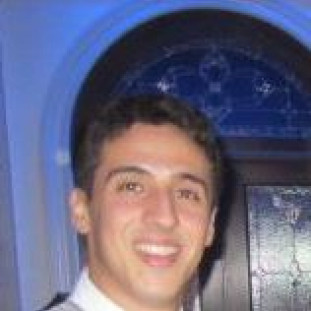 Tom Barrabi is a reporter for the International Business Times. He graduated from Fairfield University in 2011, and has also written for Men's Fitness, Complex, GuySpeed, and Handlebar Magazine.

This is the first time ever that the IAAF has banned an entire country from international competition over doping violations.

“A swift resolution would protect the rights of consumers and allow DraftKings players to continue to play the fantasy sports games so many people love,” a DraftKings spokesman said.

Sheikh Salman, head of the Asian Football Confederation, has denied allegations he participated in a 2011 crackdown on protesters in Bahrain.

“Understand that Russia is a dependable partner of the international Olympic movement," Russian sports minister Vitaly Mutko told the AP.

While UEFA chief Michel Platini has entered the FIFA presidential race, a suspension could prevent him from running.

“As long as there is no evidence, it is difficult to consider the accusations, which appear to be rather unfounded,” a Kremlin spokesman said.

Russian track and field athletes could be banned from next summer's Olympics in Rio de Janeiro.

Now the neurosurgeon and presidential candidate's time at Yale is under scrutiny, after a Wall Street Journal report.

A hosting gig on “Saturday Night Live” historically has done either little or nothing to better a candidate’s chances of becoming U.S. president.

The as-yet-unidentified sound was logged by the cockpit recorder a second before it ceased operating on the Russian plane that went down in Egypt last weekend.

Regulators in Beijing are postponing plans to loosen controls on China's economy as the country struggles to maintain an acceptable growth rate.

A Swiss doctor told Blatter, 79, to rest for a few days after he reported feeling ill due to stress.

“The hypocrisy of changing names at the high school level of play and continuing to profit off of professional like-named teams is absurd," a Redskins spokesman said.

The German clothing maker is in "constant dialogue" with FIFA about its ongoing reform process, according to the company's top executive.

NFL officials say they won't revoke the city's hosting rights, despite voters' decision this week to overturn an anti-discrimination law.

An investigation by U.S. Sens. John McCain and Jeff Flake found the Pentagon spent more than $6 million on patriotic events at NFL games.

Critics are skeptical about FIFA's commitment to change after reform chairman Francois Carrard downplayed the need for term limits for top officials.

A state senator plans to introduce a bill requiring daily fantasy sports operators to pay a licensing fee, among other restrictions.

The rugby stadium is now one of three London-area venues that will host NFL games by the end of the decade.

DraftKings addressed calls for formal oversight of the industry hours after rival FanDuel came out in support of state-by-state regulation.

Suspended European soccer chief Michel Platini is one of seven individuals who have applied to become the next president of FIFA, soccer's global governing body.

Mark Fabiani, the Chargers' top official on possible relocation to Los Angeles, expressed skepticism about progress on a new stadium in San Diego.

In an attempt to avoid formal oversight, the daily fantasy sports industry has formed its own regulatory panel. But will it be effective?

Amid government scrutiny, the industry has hired former acting U.S. Secretary of Labor Seth Harris to lead an oversight panel.

The National League champs have spent years recovering from ownership's investment in Bernie Madoff's Ponzi scheme. But that might all be over now.

Jerome Champagne, a former close associate of outgoing FIFA President Sepp Blatter, became the latest executive to enter the race to replace him.