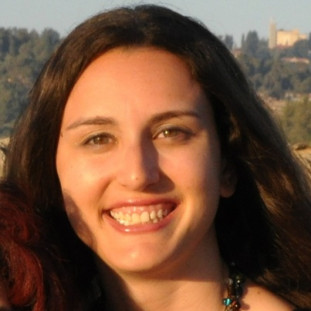 Originally from Montreal, Zoë Mintz joined IBTimes in March 2013. A graduate from the S.I. Newhouse School of Public Communications at Syracuse University, her writing has appeared in magazine, newspaper and online publications that speak to a range of audiences, but the majority of her work is rooted in place. She has also pursued work across platforms and cultivated an interest in multimedia and design.

Less than 20 percent of the Vatican's workforce is composed of women, according to numbers released ahead of International Women's Day.

Pope Francis met with a Chilean bishop on Friday whose successor has been criticized for covering up sexual abuse.

Ancient Stone Tool Discovered In Oregon Is A ‘Tantalizing’ Find, Met With Skepticism

An ancient stone tool discovered in eastern Oregon might be one of the oldest artifacts found in western North America.

US Rep. Candice Miller Will Not Seek Re-Election In 2016

The Michigan Republican was elected to Congress in 2002.

Purim 2015: When Does The Jewish Holiday Start And 3 Facts You Need To Know

Auxiliary Bishop Robert McElroy has been appointed head of the Diocese of San Diego, one of the largest diocese in the United States.

Faith leaders continue to support a commuted sentence for Kelly Gissendaner after her execution was postponed for a second time on Monday.

A new initiative spearheaded by a large rabbinical organization in Israel seeks to close a loophole in Jewish divorce proceedings.

An Indian male Muslim student was hospitalized after he was wrongly identified in a photograph with female Hindu classmates.

What Is The Nation Of Islam? History, Beliefs, Practices Of The Religious Movement

On Feb. 26, the Nation of Islam celebrates the birth of its founder on a holiday known as Saviours’ Day.

At least two U.S. colleges with chapters of Students for Justice in Palestine reported seeing posters linking the group to the terror group Hamas.

Jewish heirs to Nazi-era art dealers claim the $226M "Guelph Treasure" in a Berlin museum was sold in a "sham transaction" during Hitler's rule.

Amid reports of ongoing attacks in Ukraine, Pope Francis said both sides of the conflict should respect last week's ceasefire agreement.

Chinese New Year 2015: History, Traditions And Predictions For The Year Of The Goat

Ash Wednesday 2015: How Christians Mark The First Day Of Lent

Christians from major Western denominations will start the Lenten fast on Wednesday, Feb. 18.

When Does Lent Start In 2015? 3 Facts You Need To Know About The Christian Observance

The 40-day period of Lent marks a time for Christians to fast, pray and repent ahead of Easter.

Coptic Christians in the diaspora are finding ways to grieve for the loss of the 21 Egyptian Christians killed by ISIS in Libya last week.

Pope Francis condemned the killing of 21 Coptic Christians by the Islamic State group.

Who Are The Egyptian Copts? Christian Minority Targeted By ISIS

Egypt's Sisi vowed to avenge the killings of the members of the oft-persecuted Christian sect. President Obama condemned the killings.

On the eve of the country's bailout talks, thousands of Greeks protested austerity policies in Athens and other major cities Sunday.

Winter of '15 is one for the record books. Boston residents are sharing pictures.

The Danish government has set up programs to try to reintegrate would-be and former jihadis.

UniCredit To Reassess CEO Pay Ahead Of General Meeting

UniCredit will reassess the remuneration of CEO Andrea Orcel ahead of its 2023 general meeting to see if the results achieved by Italy's second-biggest bank in 2021-2022 warrant an increase, a document on its website showed.

US Unveils High-tech B-21 Stealth Bomber

US unveils high-tech B-21 stealth bomber

Krafton stock closes at 8.41% down following poor reviews for its newest horror title "The Callisto Protocol" from Striking Distance Studios.

Police said they believe that the 31-year-old woman was mentally unstable.

Florida Man Kills Mom Because She 'Never Pushed' Him 'To Be A Man': Police

"It's A Wonderful Lifetime" continues with "A New Orleans Noel."

The teen sported a heart-printed Carolina Herrera dress at the state dinner Thursday, which was also her 17th birthday.