Industry and government are on track to bring down the cost of batteries to power hybrid and electric cars, which is crucial for improving commercial appeal of those vehicles, U.S. Energy Secretary Steven Chu said on Wednesday.

Insight: Europe's north is bustling, its south closing down

At German car parts maker ixetic GmbH, Dragan Knezevic is struggling to keep up: His job as foreman is to make sure there are no hold ups in assembly of the parts needed to keep Audis, VWs, Toyotas and the like on the road.

Spain spread cheer in euro zone markets on Thursday with a successful bond auction where it sold more then double its target and cut borrowing costs in 2012's first real test of appetite for debt from the euro zone's bruised periphery.

Industry and government are on track to bring down the cost of batteries to power hybrid and electric cars, which is crucial for improving commercial appeal of those vehicles, U.S. Energy Secretary Steven Chu said on Wednesday.

Amber Rose on 'Homewrecker' Kim Kardashian: 'I Stooped Down to Her Level' [VIDEO]

Amber Rose may have apologized for calling Kim Kardashian a homewrecker but it is because she felt she stooped to Kardashian's level.

Sofia Walker, 3, Faces Off in Stare Down with African Lion [VIDEO]

Captured on Video, Sofia Walker, 3, was seen facing off in a stare down with an African male lion named Malik when the lion, clearly aggravated, attempted to take a few swipes at the three-year-old from behind the glass at Wellington Zoo in New Zealand.

A hedge fund set up by former Goldman Sachs trader Morgan Sze -- the biggest launched in Asia in 2011 -- lost 6.8 percent last year, two sources with direct knowledge of the matter told Reuters, as it was rattled by a sharp drop in Chinese shares.

Venezuela Will Not Bow Down To Imperialist Tentacles: Chavez

Venezuelan President Hugo Chavez announced on Sunday that his country will only pay ExxonMobil a fraction of the price ruled last week by international arbitrators, in compensation for having seized ExxonMobil's assets in the country.

Gold down but Silver, Platinum, Palladium Close up

Building permits down in November after big gain

The value of Canadian building permits declined by 3.6 percent in November, largely as expected, after an 11.6 percent rise in October, Statistics Canada said on Monday.

Partner Communications Chairman to Step down

Partner Communications chairman to step down

A computer worm has stolen more than 45,000 Facebook login credentials, leaving users wonder how they can protect their accounts and personal info from future cyber attacks.

Over 7.6 million viewers watched the premiere of Jersey Shore Thursday, making it one of the MTV's top-rated series telecasts of all time, according to Nielsen estimates.

Lululemon Founder to Step Down

Yogawear retailer Lululemon Athletica Inc said on Friday that its charismatic founder Chip Wilson will step down from his executive position.

Art Theft in the Lower East Side: Tracking Down the Criminal

The hunt is on for a malicious art thief who stole a painting on Tuesday from Woodward Gallery, located at 133 Eldridge St. in the Lower East Side.

Snooki Weight Loss: How She Started Slimming Down to 98 Pounds [PHOTOS & VIDEO]

Jersey Shore star Snooki is showing off a skinny and toned 98-pound frame in the fifth season of the MTV reality program. But how did she achieve her weight loss?

Gold prices rose Friday as concerns about the Eurozone's economy and the health of its banks offset the effect of a stronger dollar. 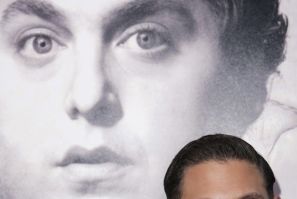 Funny man Jonah Hill, who by the looks of it has dropped at least half of his body weight over the past two years, is dating Dustin Hoffman's daughter, Ali.

An eighth grade student was killed by the Texas police, when he refused to lower a pellet gun, which looked like a real gun, according to the police sources. The 15 year old Jaime Gonzalez had several opportunities to lower the gun but didn't want to said acting Police Chief, Orlando Rodriguez.

U.S. stocks dipped on Wednesday as the euro zone's debt problems curbed market enthusiasm that fueled a rally in the previous session.

Automakers ended the year with strong U.S. sales but forecast lower growth in 2012, as a sluggish economic recovery is expected to continue. 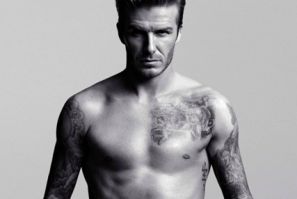 David Beckham stripped down to just his boxer-briefs for the new ad campaign for his underwear collection with H&M. 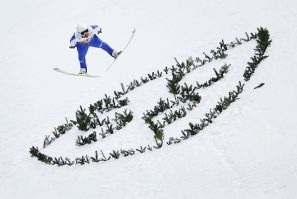 Skiers flew off the ski jump, overlooking the hills and the audience, during the second event of the 60th Four Hills Ski Jumping Tournament, in Garmisch Partenkirchen, Germany, over the weekend.

Business software maker Progress Software Corp forecast first-quarter earnings below analyst expectations, as some of its customers continue to delay investments amid macroeconomic uncertainties, sending its shares down as much as 9 percent in trading after the bell.
Latest news
Why is Twitter Down? Site Greets New Year With Mass Outage
More pension plans count down to year-end mark
Anonymous Group Takes Down Colombian Government Web Sites
Gold Down More Than 1% on Strong Dollar
Hackers Could Shut down Train Lines: Expert
EDITOR'S PICK