Citigroup's chairman, Richard Parsons, is considering giving up the position to focus on other interests, the Wall Street Journal reported on Sunday, citing people familiar with the situation.

Double Happiness, a bus company that runs services from cities along the East Coast to New York City, has caused anything but happiness for federal agencies.

Federal Reserve Chairman Ben Bernanke said Wednesday the central bank was ready to offer the economy additional stimulus after it announced it would likely keep interest rates near zero until at least late 2014.

Verizon Communications may miss analyst expectations for 2012 earnings after posting disappointing fourth quarter results as it was hurt by hefty subsidies for the Apple Inc iPhone.

Verizon Communications may miss analyst expectations for 2012 earnings after posting disappointing fourth quarter results as it was hurt by hefty subsidies for the Apple Inc iPhone.

Anonymous to Take Down Facebook January 28 - Real Deal or Rumor?

Hackers collective Anonymous will reportedly take down world's No.1 social network site Facebook on Jan. 28, according to a YouTube video. However, many people doubt whether that will happen.

Futures down on Greece ahead of busy earnings day

Down Against SOPA, part two of the SOPA blackout protest that swept the web Jan. 18, today hits scores of WordPress pages managed by bloggers that have installed a web plug-in that redirects visitors to an anti-SOPA website.

Research In Motion's co-chief executives Mike Lazaridis and Jim Balsillie have bowed to investor pressure and stepped down, handing the job to an insider with four years at the struggling BlackBerry maker.

Research In Motion's Mike Lazaridis and Jim Balsillie have bowed to investor pressure and resigned as co-CEOs and co-chairmen, handing the top job to an insider with four years at the struggling BlackBerry maker.

Iran's Revolutionary Guard Corps said on Saturday it considered the likely return of U.S. warships to the Persian Gulf more or less routine activity, backing away from previous warnings to Washington not to re-enter the area.

The rupee fell for the first session in seven on Friday as dollar demand from oil importers overwhelmed inflows, although suspected central bank intervention helped the currency recover smartly from the day's low.

Prime Minister Viktor Orban abandoned plans on Friday to merge Hungary's central bank and markets regulator, the first concrete evidence that he is backing down in a dispute with the European Union that threatens to block a deal on financial aid.

Megaupload, one of the world's largest file-sharing sites, was shut down Thursday by the U.S. government. Its founder, Kim Schmitz, and several company executives were arrested in New Zealand at the request of U.S. officials for mass copyright infringement and conspiracy to commit money laundering, reports Wired.com.

Megaupload.com Shut Down by US Authorities

The website has been charged with breach of copyright laws.

Here's how Anonymous has shut down web sites ranging from the U.S. Department of Justice to the Recording Industry of America using DDoS and LOIC

Megaupload and Megavideo Revenge:Anonymous Attack Takes Down Department of Justice Homepage and Other Sites

The Anonymous hacktivist collective says it has exacted its revenge on the U.S. Justice Department, the FBI and various entertainment industry sites in response to Justice's move Thursday to take down the popular file-sharing websites Megaupload and Megavideo, as well as the continuing controversy over the SOPA bill currently before Congress.

Federal authorities indicted seven staff members of the popular file-sharing Web site Megaupload Thursday, but made a point of saying it had nothing to do with the SOPA and PIPA legislation currently in the U.S. Congress. The grand jury indictment is part of one of the largest criminal copyright cases ever.

Megaupload, a popular online download file-hosting site, was shut down on Thursday by the U.S. Government 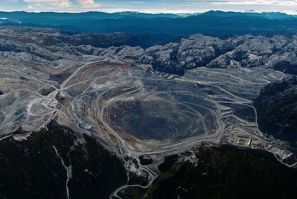 A long, sometimes violent strike at the world's biggest gold mine slashed output and cut earnings in the fourth quarter of 2011 for Freeport-McMoRan Copper & Gold Inc., but full year 2011 results still marked an increase. 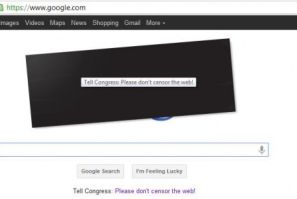 Webmaster trends analyst Pierre Far has announced that GoogleBot, the web crawler that sorts Google's traffic, will be significantly slowed down Wednesday to protest the Stop Online Piracy Act, giving some extra help to sites who've chosen to self-censor on Internet Blackout Day. Google is also providing SEO tips to sites like Wikipedia and Reddit in an effort to bolster their web traffic. 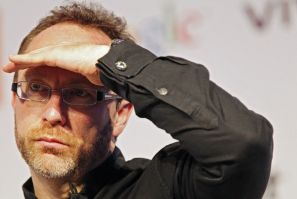 Wikipedia to Shut Down on Wednesday in Protest Over SOPA

Wikipedia co-founder Jimmy Wales announced on Monday that the free online encyclopedia will go dark for 24 hours on Jan. 18, in protest over Stop Online Piracy Act (SOPA), an anti-piracy bill under consideration before the Congress. 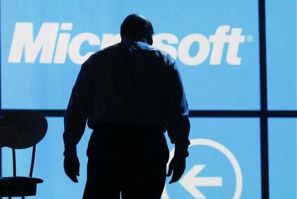 Microsoft Corp. is starting the new year much as it did the one just ended - grappling with weak computer sales tearing a hole in its core Windows business, while it gropes its way slowly into the faster-growing mobile phone and tablet markets. 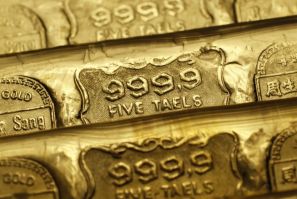