Microsoft India's retail website was down on Monday after being hacked, with a purportedly Chinese group called Evil Shadow Team posting screenshots the hackers said were customers' obscured usernames and passwords found unencrypted on the site.

Microsoft India's retail website was down on Monday after being hacked, with a purportedly Chinese group called Evil Shadow Team posting screenshots the hackers said were customers' obscured usernames and passwords found unencrypted on the site.

Just a week after the Greek Ministry of Justice Web site was defaced by Anonymous in a protest against the signing of the controversial ACTA treaty by the Greek government, the online activist group has reportedly taken down a number of Greece government run Web sites in response to the people powered uprising in Athens.

Gautam Gambhir's 92 at the top and some smart batting by captain Mahendra Singh Dhoni at the finish helped India chase down a 270-run target against Australia in Adelaide on Sunday for their second win in the triangular series.

The S&P posted its biggest percentage decline so far in 2012 on Friday after an about-face on Greece's long-awaited debt deal ended a five-week streak of gains for equities.

AllianceBernstein revenue down on redemptions

BSE Sensex Closes Down by 0.5 Percent on Slow Industrial Output

China Rising Inflation: Will it Pull Down the Stock Market Improvement?

China's stock market improvement could be jeopardized by a higher than expected inflation reading for January.

German Exports Down Sharply in December After Strong Year

German exports fell at their fastest rate in nearly three years in December and imports unexpectedly dropped, adding to signs that the Eurozone sovereign debt crisis hit the region's top economy hard in the fourth quarter.

German exports down sharply in Dec after strong year

Yahoo Chair to step down as review continues

SAN FRANCISCO, Feb 7 - Yahoo Inc Chairman Roy Bostock and three other board directors will step down as the struggling Internet company keeps up discussions on overhauling its prized Asian assets, including stakes in China's Alibaba Group and Yahoo Japan .

Wall St edges up in quiet day; Disney down late

Stocks rose slightly on Tuesday, but with the outcome of discussions on a bailout package for Greece uncertain, investors are unlikely to make big bets in coming days.

Markets edged down on Tuesday as Greek resistance to the strict conditions attached to a bailout fund sapped recent momentum spurred by hopes the global economy is improving, and the euro eased on renewed fears of a messy debt default.

BTJunkie, one of the largest Bit Torrent search engines, announced Monday that it would voluntarily be shutting down its website. The decision came less than three weeks after federal prosecutors cracked down on popular file-sharing Website Megaupload, for copyright infringement.

Ron Paul won't be speaking at CPAC 2012, despite winning the straw poll at the Republican Party's biggest annual gathering for the past two years. 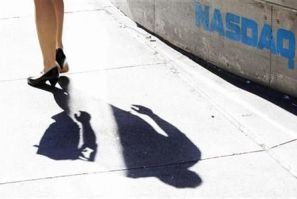 Stocks gave up early gains to turn flat on Tuesday, weighed down by mixed corporate earnings and weaker-than-expected data on Midwest business activity and consumer confidence. 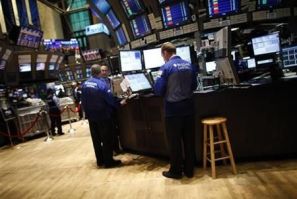 Stock index futures pointed to a higher open on Wall Street on Tuesday, with futures for the S&P 500, the Dow Jones and Nasdaq 100 indexes up 0.5-0.6 percent.

A senior International Monetary Fund official said on Monday that China was taking steps to reduce property bubble risks and said it has room to add fiscal stimulus if conditions worsen.

A senior International Monetary Fund official said on Monday that China was taking steps to reduce property bubble risks and said it has room to add fiscal stimulus if conditions worsen. 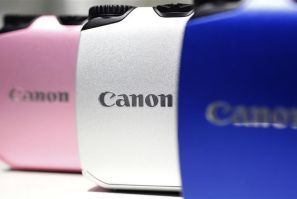 Canon Inc's 76-year-old chairman and CEO will take on the additional role of president after the $60 billion Japanese camera and printer maker forecast weak earnings growth and said its current president was stepping down.