Knight Capital, Firm At Center of Wednesday NYSE Trading Glitch, On The Ropes

The firm at the center of a software glitch that prompted highly irregular trading patterns Wednesday morning in shares of more than 100 New York Stock Exchange issues is hanging on by a thread.

A bank equity analyst famous in financial circles for her prescient analysis on the global banking sector said Tuesday morning she sees the financial industry shedding another 200,000 people off the payrolls in the coming months.

IBTimes presents its weekly roundup of winners and losers in the financial world.

Global economic uncertainty and the dreaded fiscal cliff have taken a toll on American consumer demand, affecting second-quarter revenues and urging companies to dim their forecasts. DuPont and Co, Texas Instruments, Inc. and United Parcel Service, Inc. are the latest to do so.

Former Citigroup CEO: It's Time to Break Up The Big Banks

Former Citigroup chief executive Sanford I. Weill, one of the most important players in the deregulatory push of the 1990s that repealed the Glass-Steagall Act and allowed the formation of too big to fail banks, said on CNBC Wednesday morning that the nation's financial supermarkets should be split up by government mandate.

For Investors In Bank Stocks, Profit, It Seems, No Longer Matters

Investors seem to be disregarding the parade better-than-expected profit figures from major financial institutions this earnings season, instead using top-of-the-line revenue and return on equity numbers to guide their investment decisions.

Bank Of America, Morgan Stanley, Citigroup: Global Banking Giants To Begin Another Round Of Layoffs

The golden age of being a banker is so far in the past. After a brutal year of massive layoffs in the global financial industry last year, the axe is starting to fall again.

Two months after the trading fiasco in the initial public offering of Facebook (Nasdaq: FB), the No. 1 social networking site, tech IPOs are heading to market again.

Dimming Hopes For A Back-To-School Rebound For Retailers

It seems as though the world if retail is hitting some mid-year skids, leaving market watchers wondering if they already need to write of the second-most important sales season of the year: Back to school.

Bank Of America Seen Swinging To Profit, Hobbling to Just Above the Brink

Bank of America Corp. (NYSE:BAC), the troubled financial behemoth that teetered just above the abyss during the last few weeks of 2011 and has since made somewhat of a recovery, is expected to swing to profit when it reports quarterly financial results Wednesday morning.

US Regultors Probing Into The Escalating Libor Scandal

Taking inspiration from global regulatory investigations into the interest rate manipulation, the U.S. is now building strong evidence of criminal wrongdoings against big banks and individuals ensnared in the heart of the scam.

Despite Mediocre Results, Vikram Pandit Gets His Mojo Back

The chief executive of New York-based Citigroup Inc. (NYSE:C) had a surprisingly confident outlook for his bank's future business prospects during a conference call with analysts Monday.

The Consumer Financial Protection Bureau's complain database has been live for six weeks, Here's who ranks best and worst among the big credit card issuers.

Second-quarter earnings season heads into full swing next week. The results will provide guidance on how much the global slowdown is affecting U.S. companies. 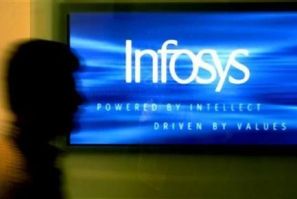 The Rebirth Of General Growth Properties

General Growth Properties (NYSE: GGP), the second-largest public U.S. mall landlord, is living up to its name once again. After exiting bankruptcy in 2010, the Chicago-based company's shares hit a new all-time high of $18.49 on Friday. 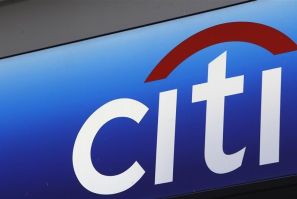 The Indian division of the U.S.-based Citibank Tuesday reported a 35 percent rise in its net profit in 2011-2012 fiscal year, driven by robust growth in their corporate and retail banking and mortgage businesses, the bank said in a statement. 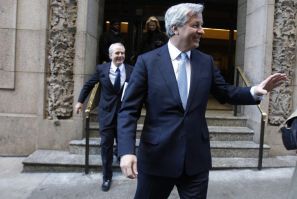 After Barclays' Diamond Falls, Could Chase's Dimon Be Next?

Fushi Copperweld, Bank of America, Banco Santander, Caterpillar, Citigroup, Research In Motion, Nike and Infosys Ltd are among the companies whose shares are moving in pre-market trading Friday. 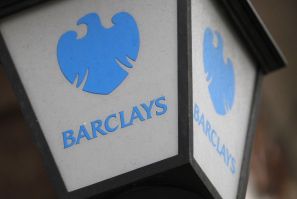 British, US Banks Fall Hard On News of Barclays Fraud

Investors in Barclays PLC (NYSE: BCS) (London: BARC) lost over £4 billion Thursday as the British bank lost one-sixth of its market capitalization a day after international regulators announced the bank would have to pay hundreds of millions as a fine for an audacious price-fixing fraud some of its traders were found to have engaged in. 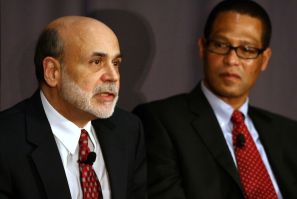