Citigroup Chief Economist Willem Buiter now believes Greece could leave the euro zone, but not before 2014.

The Larger Banks Are, The Harder They Fall: NY Fed

The Federal Reserve Bank of New York released a report suggesting vulnerability among the largest "too big to fail" U.S. banks.

As the world recalls the death of Steve Jobs, his career of triumphs and setbacks has parallels with two living legends: Lee Iacocca and Sanford Weill.

A rally that has added 30 percent to large U.S. bank stocks is over, and it's time for investors to cash in, a UBS report warns.

The U.S. Treasury Department is unwilling to sell the government's stake in General Motors Co because a sale now would mean huge investment losses, the Wall Street Journal reported on Monday, citing people close to the matter.

Live Stream of Bernanke Press Conference: Where to Watch

Here are two places to get a live stream of the news conference that Ben Bernanke, the chairman of the Federal Reserve, will hold today following the conclusion of a two-day meeting by the central bank's rate-setting committee.

Wall Street Setting Itself Up For Collateral Meltdown Daisy Chain All Over Again: Bloomberg News

Less than 24 hours after the U.S. government reported it was mostly done with its money-losing bailout of AIG, a Bloomberg News article out Tuesday explained how Wall Street banks are setting themselves up for the next systemic crisis by playing at financial alchemy in the derivatives market.

Markets have been talking about QE3 for two years. Now, after a sovereign credit downgrade, the near collapse of the European financial system, and facing an anemic recovery that has only marginally helped heal the carnage in the labor and housing markets, the vast majority of financial pundits believe QE3 this week is "pretty much a given."

Because of the U.S. Treasury Department's announcement Sunday that it has launched an offering of $18 billion worth of its American International Group Inc. (NYSE: AIG) common stock, the government will soon go from being the company's majority shareholder to being one of its minority shareholders.

Saudi Arabia May Run Out Of Oil By 2030: Citigroup

A new report from Citigroup says that Saudi Arabia, the world's eighth-largest exporter of oil, could become an oil importer by 2030.

You don’t have to be a genius to determine that in a world of petabytes of data, projected 2012 sales of 367.2 million PCs, 107.4 million tablets and 650 million smartphones, a few smart companies are going to prosper: HP (NYSE: HPQ), IBM (NYSE: IBM), Oracle (Nasdaq: ORCL) and EMC.(NYSE: EMC).

Best Buy Private Equity Bid: Who Has The Bucks For A Big Deal?

Can Richard Schulze, the 71-year-old founding CEO of Best Buy Co. (NYSE: BBY) put his money where his mouth is? Can he fork up billions from private eqiuity behemoths like KKR (NYSE: KKR)?

Bank of America Corp. (BAC) discontinued credit protection services to customers as it came under scanner for allegations of customer enrollments through improper practices and charging customers without consent. A class action suit is reportedly pending against BAC on the issue.

Kodak May Call Off Patent Auction After Missing Deadline

Bankrupt imaging giant Eastman Kodak Co. (Pink: EKDKQ) said it may call off its auction of 1,100 patents that was scheduled to conclude Monday. In a statement late Thursday, Kodak said it “has not reached a determination or agreement to sell the digital imaging portfolio.”

Shares of Cisco Systems Inc. (Nasdaq: CSCO), the No. 1 provider of Internet gear, soared more than 8 percent Thursday after reporting fourth-quarter net income that beat analyst estimates by a penny and as boosting its dividend 75 percent to 14 cents a share. 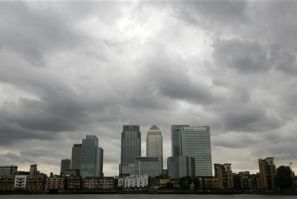 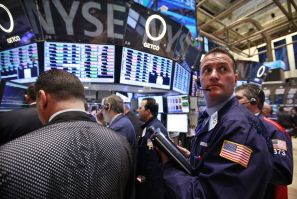 U.S. regulators directed five of the country's biggest banks, including Bank of America Corp and Goldman Sachs Group Inc, to develop plans for staving off collapse if they faced serious problems, emphasizing that the banks could not count on government help. 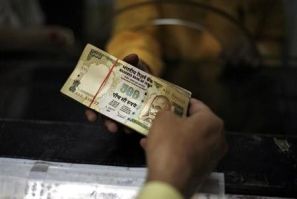