Oswald Gruebel resigned on Saturday as chief executive of troubled Swiss bank UBS, saying he took the blame for the $2.3 billion loss run up in alleged rogue trading in its investment banking division.

Obviously, the pressure got to him and he made a sudden turnabout.

Europe's banks face a capital hole of at least 200 billion euros ($404 billion) if Greece forces them to slash the value of its debt and other troubled euro-zone countries like Italy and Ireland follow suit.

UBS Chief Seeks Backing for Investment Bank and his Leadership

UBS CEO Oswald Gruebel will ask the board of the Swiss financial giant to back his leadership and keep its investment bank after a $2.3 billion loss blamed on a rogue trader piled pressure on him to scale back or even split off the division.

UBS Chief's Message to Board: Stick with 'Integrated' Bank

UBS CEO Oswald Gruebel will stress to the board of directors that he wants the investment bank to remain part of Swiss bank's "integrated banking model" in meetings on Thursday and Friday, sources said, after rogue trading cost the bank $2.3 billion.

UBS AG Chief Executive Oswald Gruebel will seek a vote of confidence at a board meeting in Singapore for plans to slash the investment banking division that caused a $2.3 billion loss due to unauthorized trading, a Swiss newspaper reported on Tuesday.

Volatility in equity markets is burning smart-money players, and even experienced traders are finding it hard to keep up.

Swiss bank, UBS AG, said it has suffered a $2 billion loss due to rogue trading and the London police arrested a 31-year-old man on suspicion of fraud.

Fiat-Chrysler CEO: Euro System Could Go Off the Rails

Hitachi Ltd (6501.T) said on Thursday it has bought struggling California-based network storage company BlueArc Corp in an all-cash transaction after a five-year OEM partnership, in the latest such move to take advantage of the yen's strength.

The Shanghai branch of British bank Barclays has won approval to become a trading member of the Shanghai Gold Exchange, the seventh foreign financial institute to obtain such membership, said the exchange on its Web site.

Slumping export demand slowed factory activity in some of Asia's biggest economies in August, although China fared better thanks to solid domestic growth, a series of surveys released on Thursday showed.

Gold, Bonds Surge, Stocks Bounce up and down

Gold and bonds surged on Tuesday and U.S. stocks rebounded in choppy trade as a recovery in risk appetite among some investors was countered by bearish economic news.

Switzerland's banking industry may have to slash 10,000 jobs by the end of next year, particularly at Swiss subsidiaries of big foreign banks, Swiss newspaper SonntagsZeitung reported.

XCMG Construction Machinery Co Ltd (000425.SZ) is slated to start pre-marketing on September 5 for an up to $1.5 billion planned share listing in Hong Kong, IFR reported on Friday.

Moves by the Swiss National Bank to curb strength of the Swiss franc will fuel investors' insatiable demand for gold, adding to its relentless rise to new record highs as confidence in the franc as a safe store of value dwindles.

Deals of the Day -- Mergers and Acquisitions

The following bids, mergers, acquisitions and disposals involving European, U.S. and Asian companies were reported by 1330 GMT on Monday:

Credit Suisse to Buy All of Hedging-Griffo-Report

Credit Suisse Group (CSGN.VX) will buy the nearly 50 percent stake it does not own of Brazilian investment fund Hedging-Griffo, which the Swiss bank will make its sole asset management platform in Latin America's biggest economy, a local newspaper reported on Monday. 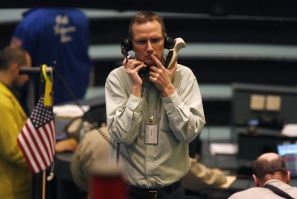