European shares steadied after hitting a six-month high on Thursday as strong gains in miners on merger talks between Xstrata (XTA.L) and Glencore (GLEN.L) were offset by a sell-off in defensives, with Unilever (ULVR.L) down on poor outlook.

Glencore and Xstrata Deal: 5 Things You Need to Know

Learn about Glencore and Xstrata Plc, which are expected to announce a plan to combine as early as this week.

Amazon unit may be moving into sporting goods

Amazon.com Inc's Quidsi unit may be getting into sporting goods, challenging retailers in this niche, including Dick's Sporting Goods, Hibbett Sports and Cabela's, analysts at Credit Suisse said Monday.

Gold eased on Monday, under pressure from a weaker euro, but was off session lows and still within sight of last week's seven-week highs, supported by evidence of improved investor demand.

Copper fell on Monday, pulling back from a four-month high as demand prospects dimmed amid a lack of progress in talks to avoid a disorderly Greek default, tempting investors to cash in on January's rally.

Pressure grew on the chief executive of bailed-out lender Royal Bank of Scotland on Sunday to give back a million pound ($1.5 million) bonus as the Labor opposition said it would force a parliamentary debate on the row.

The breakup of Switzerland's oldest bank Wegelin on Friday shows the need to settle a dispute with U.S. authorities over tax cheats hiding cash in secret Swiss accounts, the finance minister said on Saturday.

U.S. Economic Snapshot: How Are We Doing?

The U.S. economy is not robust by any means, but the recent manufacturing-driven recovery, if tepid, is finally beginning to erase memories of the disappointing slowdown in 2011. On the wings of the recent gains, growth in most sectors of the economy is likely to continue - and maybe even pick up momentum towards the end of the year.

With worries about the debt crisis in Europe and high unemployment in the United States drawing the public's attention, the sliding value of corporate pension funds has largely gone unnoticed.

Silver is currently on a bullish cycle and the price of bullion is likely to rise from current levels around $32 per ounce to $50 and beyond this year, Swiss banking giant UBS said in a note to clients Tuesday.

European stocks hit their highest close since early August on Monday, with euro zone banks gaining sharply following a report that France and Germany were calling for a relaxation of global bank capital rules to prevent a credit crunch.

Coach Inc., the New York-based luxury clothing and accessories retailer, is expected to report a 15 percent increase in fourth-quarter profit on strong sales of handbags and women's accessories.

Global miner Rio Tinto is clear to take over Mongolia's coveted Oyu Tolgoi project, which promises to be one of the world's largest copper-gold mines, after project owner Ivanhoe Mines decided to scrap a controversial poison pill.

Investors' optimism for Google Inc is running high, setting the stage for another jump in its shares to an all-time peak after the Internet search company reports results Thursday.

Japan's Nikkei average rose to its highest closing level in nearly two weeks on Wednesday with traders citing a boost from large programme trade in the afternoon, while electrical wire companies were the small-cap favorite of the day. 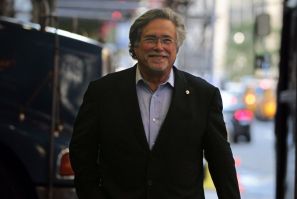 Micky Arison, owner of the Miami Heat and the cruise ship Costa Concordia, which made international headlines by sinking on Friday, saw 30% of his stake in his ship's company, Carnival Cruise Lines, dissipate. 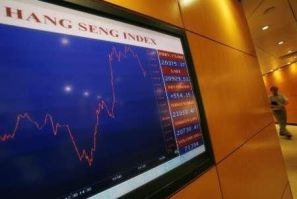 China shares on Tuesday surged 4.2 percent, their biggest one-day gain in more than 27 months, after Beijing reported that the world's second-largest economy grew faster than expected in the last quarter of 2011, although at its weakest pace in 2-1/2 years.

Telecom operators globally are expected to cut spending on their networks this year, hitting equipment makers that were only just beginning to recover from intense price wars and the last economic downturn. 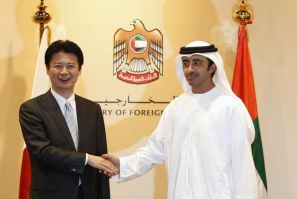 Japan has joined the U.S. in its economic efforts to pressure Iran to abandon its nuclear program by agreeing to buy less Iranian oil.