MetroPCS (PCS.N) saw a sharp increase in customer defections in the third quarter as heavy use of bandwith-hungry smartphones hurt its network performance, sending its shares down almost 9 percent in morning trade.

Credit Suisse to Cut Another 1,500 Employees

Credit Suisse will cut another 1,500 jobs and scale back its capital-guzzling investment banking business as it seeks to meet tough new regulations ahead of other banks after the unit reported disappointing third-quarter results.

Stock index futures tumbled on Tuesday as the deal to rescue Greece and prevent a wider sovereign debt crisis faced a new hurdle and as Asian economic data reignited fears of a slowdown in global growth.

Futures pointed to a lower open on Wall Street on Tuesday, adding to losses in the previous session, with the shock announcement of a Greek referendum on its bailout dragging down markets worldwide.

The China unit of investment bank JP Morgan has won approval to become a trading member of the Shanghai Gold Exchange, the eighth foreign financial institute to obtain such membership, said the exchange on its Web stie (www.sge.com.cn).

Swiss bank Credit Suisse will announce the loss of another 1,000 jobs when it presents third-quarter results on Tuesday, a Swiss newspaper reported without revealing its sources.

Groupon Inc is considering raising its IPO price range, as underwriters grow more confident about demand after completing the East Coast leg of a two-week roadshow to woo investors.

Formula One Kicks Off in India

Formula One kicked off at Buddh International Circuit (BIC), Greater Noida near Delhi in India. It is clear that the weekend will be an extraordinary demonstration of the new wealth and power of the Indian elite.

Groupon Inc. is considering raising the price range of its initial public offering, as underwriters grow more confident about demand after completing the East Coast leg of a two-week road show to woo investors.

World stocks and the euro rose to their highest levels in nearly two months on Thursday after European leaders struck a deal to resolve a two-year-old sovereign debt crisis, which threatens the survival of the single currency.

World stocks and the euro rose to their highest levels in nearly two months on Thursday after European leaders struck a deal to resolve a two-year-old sovereign debt crisis, which threatens the survival of the single currency.

Gold prices headed for a fourth consecutive daily gain Wednesday as investors returned to the yellow metal for protection from the ongoing risks to the European economy and weakness in the U.S. economy.

South African stocks closed at their highest level in nearly three months as demand for resources firms rose with hope that European Union leaders will agree on a solution to their region's debt woes later this week.

Groupon's Scaled Back IPO to Raise Up to $540 Million

Groupon Inc plans to raise as much as $540 million in an initial public offering, less than previously planned, as the daily deals website grapples with a weak equities market, executive departures and questions about its accounting and business model.

Groupon is finally moving forward with its IPO, which was filed back on June 2. The company has solved some of its profitability and sustainability issues, but is it enough?

The U.S. economic outlook grew dimmer in September, leading businesses to be wary of spending and of building up inventories ahead of the holiday sales season, the Federal Reserve said on Wednesday.

Citigroup Inc will pay $285 million to settle charges that its U.S. broker-dealer unit misled investors about a $1 billion mortgage bond deal, the U.S. Securities and Exchange Commission said on Wednesday. 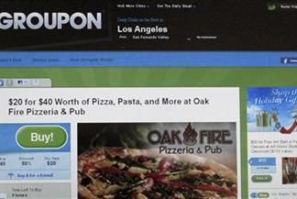 Groupon Inc is pushing ahead with plans to go public in the face of a volatile equity market, a recent executive departure and questions about its accounting and financial disclosures, sources said on Tuesday.

Millions of homeowners are trapped in properties with underwater mortgages, with no intention (or incentive) on the horizon to make home improvements. Fallen stock indexes are expected weigh on the third-quarter earnings of big asset managers, showing how market turmoil can affect a broad swath of financial companies. 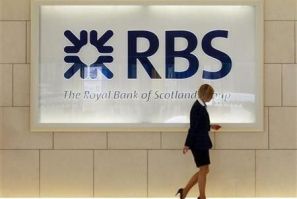 Royal Bank of Scotland plc (NYSE: RBS), is the "most vulnerable" bank in Europe and may have to raise billions of dollars to strengthen its capital ratios, warned analysts at Credit Suisse. Dozens of British banks, including RBS, released results of new stress tests form to the European Banking Authority on Thursday. 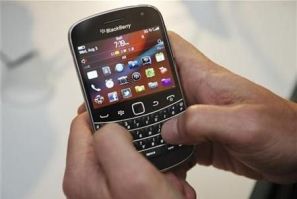 A senior investment banker at a major Wall Street firm kept sending out e-mails on his BlackBerry on Wednesday morning. And they kept bouncing back.

New York City's securities industry could lose nearly 10,000 jobs by the end of 2012, according to a report by New York state's comptroller Thomas DiNapoli.