Florida is a state located in the southeastern region of the United States, bordering Alabama to the northwest and Georgia to the north. It was the 27th state admitted to the United States. Much of the land mass of the state is a large peninsula with the Gulf of Mexico to the west, and the Atlantic Ocean to the east.

Why About 50% Of Americans Pay No US Income Tax

They're not dodging the taxman. Most of them are too poor to qualify.

Miami Dolphins News: How Reggie Bush Got His Groove Back

After struggling in his first few years in the NFL, Reggie Bush has become a top NFL running back with the Miami Dolphins.

LSU Replaces USC at No. 2 Spot in AP Rankings

The Trojans dropped to No. 13 following their upset loss to Stanford.

Florida hopes to stay perfect in the SEC has they face Tennessee Saturday.

Walmart Stores Inc. (NYSE: WMT) issued an apology to Florida elementary school students who were turned away from singing "God Bless America" at the chain's Pembroke Pines location to pay tribute to the victims Sept. 11, 2001 attacks.

A deal appears to be place for Manny Pacqiao to face Juan Manuel Marquez for the fourth time.

President Barack Obama has opened a slim lead over Mitt Romney in three battleground states, according to a new series of NBC News/Wall Street Journal/Marist poll.

Republicans Double Down, Rally To Romney's Side In Libya Flap

Even as Republican presidential nominee Mitt Romney defends his criticism of how President Obama handled the attack on the U.S. Consulate in Libya, other Republicans echoed Romney by saying Obama's policies are partly to blame.

The Obama administration's much touted "people-to-people" travel program to Cuba has all but ground to a halt due to tighter regulations issued in May, apparently to placate Cuban-American lawmakers, travel industry professionals said this week.

Tim Tebow to be Traded by Jets at End of Season? Source Says Quarterback Could Want out of New York

The Jets could trade Tim Tebow at the end of the season. A source says the quarterback could request to leave New York if Mark Sanchez remains the starter.

In Florida, voters who were struck from the rolls as part of a controversial purge are set to be reinstated; in Pennsylvania, a battle over a new law requiring photo identification at the polls reaches the highest court.

Attention Business Travelers: These US Cities Tax You The Most

The Global Business Travel Association, or GBTA, has released its 2012 report on the best and worst travel taxes in the top 50 U.S. destinations. 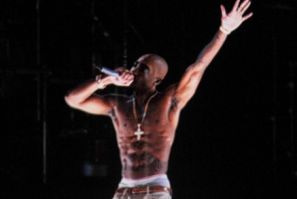 Digital Domain Media, the company that created the Tupac Shakur hologram from the 2012 Coachella festival, has filed for Chapter 11 bankruptcy. 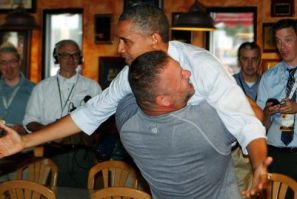 A day ago, Scott Van Duzer was just another pizzeria owner. Today he's the talk of the Internet and the country, known as that guy who gave a bear hug to President Obama. 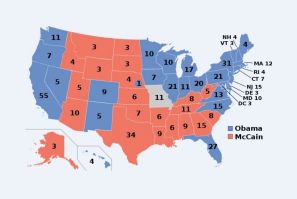 Perennial battleground states Ohio and Florida top the list of where the Obama and Romney campaigns are spending, and that is not unexpected. Pennsylvania, though, is very far from the top -- and that is a big surprise.

O.J. Simpson Believes Khloe Kardashian Is His Daughter And Changed Will For Her: Report

The National Enquirer recently reported that sources say O.J. Simpson believes that Khloe Kardashian is his biological daughter so he has changed his will to accommodate the socialite. 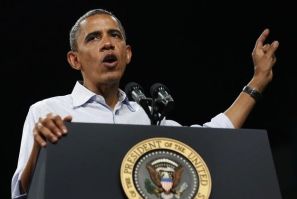 A motorcycle-mounted police officer escorting President Barack Obama's motorcade was killed in West Palm Beach, Fla., on Sunday. The officer was struck by a Ford F-150 while preparing to shut down Interstate 95 for Obama's appearance at the Palm Beach County Convention Center. 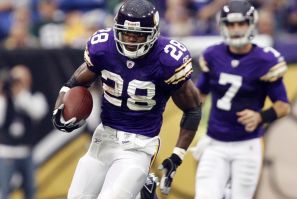