Moving closer to securing the Republican presidential nomination, former Massachusetts governor Mitt Romney won a major victory in Florida primary Tuesday, raising the question of whether it is all over for Newt Gingrich.

Mitt Romney cruises to victory in Florida with 47 percent of the votes to Gingrich's 32 percent in largest Republican presidential nominating contest.

Mitt Romney cruised to a blowout victory in Florida's Republican U.S. presidential primary on Tuesday that put him back in front in the fight for his party's nomination to face President Barack Obama and left chief rival Newt Gingrich reeling but vowing to fight on.

Sen. Tom Coburn, who was one of two votes against an insider trading law aimed at lawmakers, said the real inside trading that sours Americans on Congress is the political horse trading on legislation.

Republican frontrunner Mitt Romney maintains double-digit lead in most polls in Florida and hits out at 'sad' rival Newt Gingrich.

Romney's Lead in Florida Grows to 15 Points in Poll

Mitt Romney's lead over Newt Gingrich has grown to 15 percentage points in Florida, a Reuters/Ipsos poll released on Monday found on the day before the state's Republican primary.

SOPA is Dead, but ACTA and OPEN Next to be Protested

SOPA is gone for now (until someone re-introduces it), but ACTA and OPEN are two other anti-piracy measures written in the spirit of SOPA. ACTA isn't a proposed U.S. law, however. It's an international treaty already signed by several countries including the U.S. OPEN, on the other hand, picks up right where SOPA took off.

An Oregon special election in which national Democrats have sought to paint the Republican congressional candidate as a Tea Party radical foreshadows a tactic the party will employ in its quest to take back Congress seats lost in the 2010 election.

U.S. Spy Chiefs to be Quizzed by Congress on Possible Release of Taliban Leaders, Iran Nukes

The possible release of detained Taliban leaders is likely to join Iran's nuclear ambitions at the top of a busy agenda when the top seven American intelligence chiefs testify before the Congress this week.

White House hopeful Mitt Romney's lead over rival Newt Gingrich has edged up to 12 percentage points in Florida, with just two days remaining before the state's Republican primary, according to results of a Reuters/Ipsos online poll released on Sunday.

With just three days remaining before Florida's Republican primary, Romney, a former Massachusetts governor, led Gingrich, a former speaker of the U.S. House of Representatives, by 43 percent to 32 percent among likely voters in Florida's January 31 primary, according to Reuters/Ipsos online poll results on Saturday.

Republican presidential candidate Newt Gingrich received the endorsement of former opponent Herman Cain on Saturday, and he vowed to fight until the end no matter what happens in Florida's primary election on Tuesday.

White House hopeful Mitt Romney widened his lead over rival Newt Gingrich in Florida to 11 percentage points on Saturday from 8 points a day earlier, according to Reuters/Ipsos online poll results, as he cemented his front-runner status in the Republican nomination race.

Obama's State of the Union Speech: President Fires Salvo at Romney and Co.

Even before U.S. President Barack Obama made his State of the Union speech on Tuesday, Republican presidential hopeful Mitt Romney released a pre-buttal to his speech, warning the President would use the platform to divide the nation with a biased speech targeting the general elections. As it turned out, Obama did use the platform to deliver a speech aimed at November's general elections and although he never singled out or named his Republican opponents, he did take several jabs at M...

GOP Candidates: Everything You Need to Know About the Final 4

State of the Union 2012: Obama Focuses on Jobs, Economic Fairness

President Barack Obama Tuesday used his 2012 state of the union address to the American people and Congress to propose initiatives to create jobs, help companies increase their U.S.-based operations, and help Americans learn the skills they need to succeed in the modern/postmodern global economy.

“The most profitable corporations in the world do not need subsidies from the American people, Sanders said Tuesday at a Capitol Hill rally. 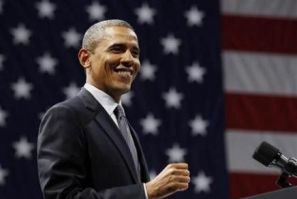 Is his state of the union address Tuesday night, look for President Barack Obama to outline the role public policy can play in addressing the nation’s No. 1 problem: its high 8.5 percent unemployment rate and shortage of at least 10 million jobs. 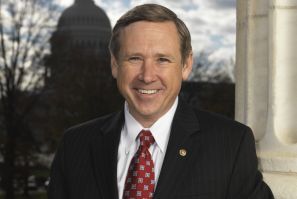 Senator Mark Kirk: Can His Office Keep Working Without Him?

Sen. Mark Kirk, R-Ill., will face a prolonged recovery process after suffering from a stroke on Saturday, but his office will continue to function in an official capacity. His bigger duties, however, will be taken off the table. 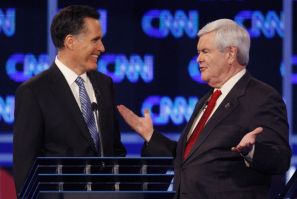 The regulator for Fannie Mae and Freddie Mac told lawmakers that forcing the two mortgage firms to write down loan principal would require more than $100 billion in fresh taxpayer funds. 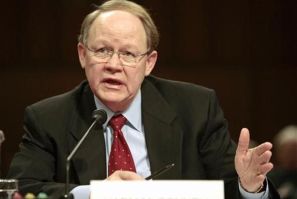 Ex-U.S. Spy Chief Says It May Take a Crisis to Change Cybersecurity Law

U.S. intelligence agencies have unique capabilities that can help protect American companies from cyber espionage and attack, but it will probably take a crisis to change laws to allow that type of cooperation, a former spy chief said on Monday. 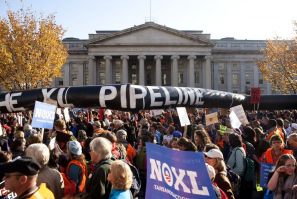