Apple will begin transitioning the leadership role within its hardware engineering department, now that Bob Mansfield has announced his retirement. Apple was quick to name Dan Riccio as Mansfield's successor, mentioning that Riccio will learn the new role over several months. During that time, the hardware engineering team will continue to report to Mansfield.

Many industry analysts have predicted that Apple may face a drop in sales of iPhones, ahead of the release of its next generation iPhone, aka iPhone 5, later this year. But the slowdown in iPhone sales will be short-lived, thanks to the expected high demand for the new iPhone model, which will continue to dominate the smartphone market throughout 2013, according to an analyst's report.

Apple (Nasdaq: AAPL), the world's most valuable technology company, has posted a $2.6 million bond with a U.S. district court to enforce an injunction against its supplier and rival Samsung Electronics (Seoul: 005930).

After announcing a slew of new Android-optimized hardware and software products on Wednesday, Google announced on Thursday it will finally port Google Chrome, the second most popular Web browser in the world, to the iPhone and iPad operating system (iOS). In addition, Google will also release an iOS-optimized version of Google Drive, which is the company's cloud service for syncing and sharing information from your Google accounts to all your devices. Google Chrome Coming To Apple iPhone, iPa...

'No iPad Killer': Why Google's Nexus 7 Will Extinguish Kindle's Fire

Aggressively priced at $199 for the 8GB model and $249 for the 16 GB model, the Nexus 7 is smaller than an iPad at 7 inches, but it's still packed with impressive innards, including a quad-core Tegra 3 processor, a 1.2-megapixel camera, 1GB of RAM, a 4,325mAh battery and NFC built in. The Nexus will start shipping next month with Google's updated Jelly Bean 4.1 OS.

At its I/O Conference for developers in San Francisco, Google unveiled a new Android operating system called Jelly Bean, a brand-new tablet from Google called the Nexus 7, and even gave a demonstration and pre-order information for its highly-anticipated, high-tech headgear, also known as Project Glass. But one of the strange unveilings at I/O was the orb-shaped hub known as the Nexus Q, which was Google's response to the Apple TV.

Google Nexus 7 vs. Asus Transformer Pad Infinity TF700: How Do The Tablets Measure Up?

Google has finally unveiled its own Android tablet, the Nexus 7, in collaboration with Asus; however, it will ship the same week as Asus's Transformer Pad Infinity Tf700m which adds another tablet into the rival pool, alongside the Amazon Kindle Fire.

Google (Nasdaq: GOOG), the No. 1 search engine, Wednesday showed its first tablet, the Nexus 7, priced at $199, as part of its annual Google I/O developers conference.

Google's annual developer conference is just hours away, but an Asustek executive has already confirmed that Google Inc. is set to unveil a tablet co-branded with Asus that is set to rival Amazon's Kindle.

If you hoped pre-ordering a new MacBook Pro with Retina Display would make you the first one on your block with Apple's latest, greatest laptop, think again. Many customers that placed orders for Apple's 15-inch Retina Display-powered MacBook Pro were originally quoted a 7-10 day waiting period. Those same customers are now receiving e-mails from Apple, stating their beautiful new laptops won't ship until or after July 25.

Apple (Nasdaq: AAPL), the world's most valuable technology company, has won a U.S. district court injunction against its supplier and rival Samsung Electronics (Seoul: 005930), which should help sales of the iPad.

After a failed attempt to ban the Samsung Galaxy S3's sales in the U.S., Apple finally has managed to stop sales of its South Korean rival's Galaxy Tab 10.1, deemed by many as the top contender to the iPad.

Several tech sites claim that Apple has built smaller dock connectors for its new phone, dubbed the iPhone '5,' by some. Three independent manufacturers have agreed the 19-pin port is in the works, but one extremely interesting fact mentioned was the size of the 19-pin port: Apparently, the new mini dock connector is very similar to the size of the Thunderbolt port available on many current MacBook laptops. That got me thinking: What if that is a Thunderbolt port?

Apple has released a stand-alone podcast app that gives users direct access to their podcasts without having to go through iTunes.

Google is expected to unveil the next version of Android's operating system, dubbed Jelly Bean, at its annual developer's conference on Wednesday.

New iPhone '5' May Support NFC; Is Apple Ready To Release The iWallet?

Passbook will be formally introduced with iOS 6, but Apple may also announce an expansion of that software, specifically for an NFC-capable iPhone. With the recent discovery of iPhone prototypes embedded with code that specifically mentioned near-field communication components, there's an excellent chance the company's next iPhone, which many have already crowned the iPhone 5, will feature Apple's patented iWallet technology.

On Monday, Apple pushed out the second beta of the OS, iOS 6 beta 2 build 10A5338d, to developers as an over-the-air (OTA) update with a wide variety of bug fixes and slight improvements.If you've updated your iPhone 4 (GSM/CDMA) or iPhone 3GS to the iOS 6 beta 2 firmware, you can jailbreak it tethered using RedSn0w 0.9.13dev2.

The official U.S release date for the ASUS Transformer Pad Infinity TF700 has finally been announced, and the Android tablet should arrive the week of July 16, starting around $499 for the 32GB version, according to the company. 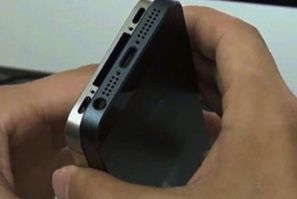 Stereo systems. Clock radios. External speakers. In-car entertainment. It's possible that none of these iPhone accessories will be compatible with Apple's upcoming sixth-generation iPhone, presumably called the iPhone 5. 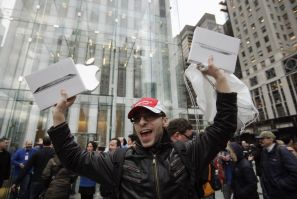 Apple Inc. has become embroiled in controversy after reports that Atlanta-area Apple Store employees refused sale of iPads and other merchandise to Farsi speakers and people of Iranian descent. At the center of the accusations of racial profiling is how the company is interpreting the U.S. embargo on Iran. 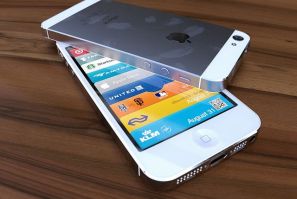 It?s no secret that screen protectors keep your phone clean from dust, fingerprints, and anything else that may contaminate your screen. But what about bullets? 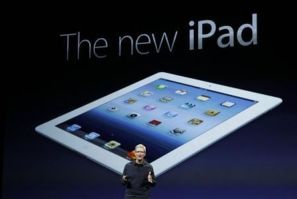 After allegations of racial profiling by Apple Inc. employees against Farsi-speaking customers at Apple stores, the company issued a statement Friday saying it doesn't discriminate against anyone, but it failed to address accusations of specific incidents at Atlanta-area stores.

As expected, the App Store has officially launched in 32 new countries as of Friday, including Albania, Fiji, Namibia, Nepal, and Ukraine. This means that app developers can now sell or distribute their applications for gaming, productivity, news, business, education and entertainment in a total of 155 countries around the globe.

The National Iranian American Council joined the Council of American-Islamic Relations in denouncing Apple Inc. (Nasdaq: AAPL) and asserted that Apple Store employees who have refused to sell iPads and other products to customers speaking Farsi, the language of Iran, have been clearly engaging in racial profiling.
Latest news
Apple Silent On Workers Refusing Sale To Farsi Speakers, Talking To CAIR
Microsoft Gets Backing From Samsung, HTC To Battle Apple In Smartphone Wars
Microsoft Reveals First Xbox Smart Glass Title: A Closer Look At How The New Feature Works With Windows Phone 7 [VIDEO]
Will Apple's iPhone 5 Feature 'Mini' Dock Connector? Which Other Rumors Are True?
When Is Wimbledon 2012? How, When And Where to Watch The Famed Tennis Tournament
EDITOR'S PICK