Russia, also officially known as the Russian Federation is a country in northern Eurasia. It is a federal semi-presidential republic, comprising 83 federal subjects. Russia shares borders with the following countries (from northwest to southeast): Norway, Finland, Estonia, Latvia, Lithuania and Poland (both via Kaliningrad Oblast), Belarus, Ukraine, Georgia, Azerbaijan, Kazakhstan, China, Mongolia, and North Korea. It also has maritime borders with Japan (by the Sea of Okhotsk) and the United States (by the Bering Strait).

Russian Spy Charged With Spreading Division In The US

A Russian agent inserted himself into U.S. political affairs to influence local elections and spread Russian propaganda and disinformation.

Pope Francis had harsh words for the international community and their actions in Ukraine in an interview released Tuesday.

Putin Predicts Superhuman Soldiers Will Be Worse Than Nuclear Bombs

Russian President Vladimir Putin has grim expectations of the future, predicting genetically-modified superhuman soldiers that could be the end of us.

The Early Space Race In 10 Photos

Sputnik launched the Soviet Union and the United States into the Space Race 60 years ago today. Here are some photos of what followed.

The U.S. Department of Justice indicted two criminal hackers and two Russian spies for their role in a 2014 hack that resulted in the theft of more than 500 million Yahoo accounts.

Prominent journalists in the United States have been targeted by state-sponsored hackers according to warnings they have received from Google.

The U.S. Treasury Department has modified sanctions against the Kremlin and will allow American tech companies to export products to Russia.

The Russian Defense Ministry has said there is no evidence linking Russian airstrikes to recent attacks on hospitals in Syria.

Crimean tourism is increasing despite concerns over Russia's annexation of the region, according to the Crimean minister of resorts and tourism.

The latest round of sanctions on Russia hits people close to Putin, but they won't make a dent in the world's sixth-largest economy.

Japan Seeks To Phase Out Nuclear Power, But Some Are Skeptical

Following the historic disaster at Fukushima nuclear power plant last year, the Japanese government is poised to completely shift its energy policy by phasing out its dependence on atomic energy by the 2030s.

Gas prices hit $8 a gallon at some Lukoil stations in New Jersey and Pennsylvania as part of a protest by franchisees who say the Russian-based oil company's policies damage their ability to compete.

Indonesia - Smoking Itself To Death

Indonesia is the fifth-largest cigarette-producing market in the world. The government generates 6 percent of its revenue from taxes on tobacco. 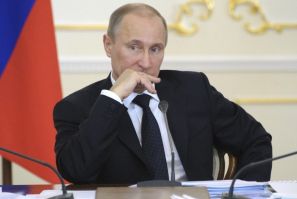 Putin Thanks Romney For Branding Russia Enemy No. 1 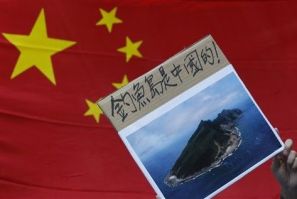 These uninhabited rocks barely merit a few unnamed spots on Google Maps between Okinawa and Taiwan, but they have become a symbol of a much larger struggle over who controls what waters -- and what mineral resources lay beneath them -- in the East China Sea. 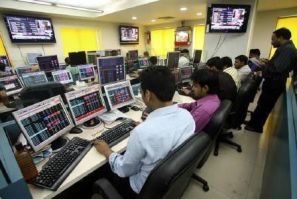 Investors fed up with years of poor returns are deserting BRIC equity funds, pushing share valuations to record cheap levels and questioning the future of the high-profile investment theme. 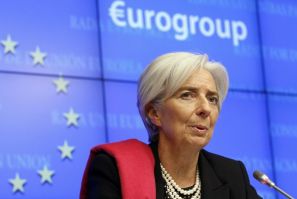 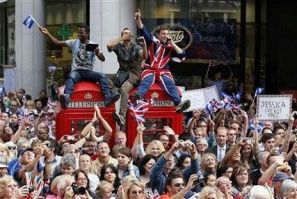 The summer sports lifted the host nation's mood as Mo Farah, Jessica Ennis, and David Weir were cheered on in the centre of the city. 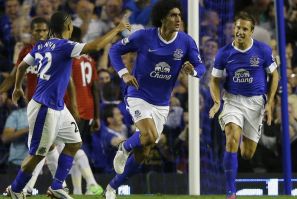 Arsenal could be set to strengthen their squad in the January transfer window, while there is further speculation about the future of a current Gunner.
Latest news
Syria: Over 20 Killed In Car Bomb Attacks Near Army Compounds In Aleppo
Officially 'Terrorists': The Haqqani Network, And Why The U.S. Blacklisted Them
'Zombie Apocalypse' Warning From Government: 'The Zombies Are Coming!'
Putin Calls For End Of Violence In Syria, But Won't Reconsider Russian Position
Yet Another Person Who Dislikes Mitt Romney: Vladimir Putin
EDITOR'S PICK