Tunisia, officially the Tunisian Republic, is the northernmost country in Africa. It is bordered by Algeria to the west, Libya to the southeast, and Mediterranean Sea to the north and east.

Today Tunisia is an export-oriented country, in the process of liberalizing its economy while, politically it is a dictatorship in all but name. Tunisia has an authoritarian regime in the guise of a procedural democracy led by Zine El Abidine Ben Ali who has governed as President since 1987 and has systematically diminished freedom of press and political pluralism while keeping appearances of democracy.

Tunisia has close relations with both the European Union — with whom it has an association agreement — and the Arab world. Tunisia is also a member of the Arab League and the African union. The regime's claimed success in oppressing political Islam and its pro-western foreign policy, has protected it from criticism for its lack of democratic accountability and its violations of human rights and freedom of press. France, the former colonial power, lends support to the regime in exchange for which Tunisia in large part aligns its economic and foreign policies with those of France.

With American assets having been targeted during demonstrations sweeping the Middle East-North Africa region in recent days, the U.S. State Department issued travel warnings about Sudan and Tunisia on Saturday.

At one point, Mintoff said Malta was part of the ?Arab world? ? a stark symbolic separation from its long British identity.

For Tunisian Women, A Catch-22: Is Inequality The Price Of Progress?

Are Tunisian women "complementary to men?" A new draft constitution says as much, but thousands of demonstrators disagree.

Riyad Hijab, who became the most senior Syrian official to abandon Assad and is now in Amman, Jordan.

US Pledges Support For Tunisia Amid Rising Extremism

U.S. Defense Secretary Leon Panetta praised Tunisia's transition to democracy Monday and said the U.S. is prepared to provide the country with economic and military support.

Carmelo Anthony scored for the U.S.

The U.S. men's volleyball team continues to dominate as the Americans provided another convincing win at London's Earls Court on Tuesday.

On Tuesday, the Americans will look to start group play a perfect 2-0 by beating Tunisia.

For some post-revolution competitors, this year's Summer Olympic Games will be more important than those of years past.

The biggest surprise about the U.S. victory over France in Olympics men's basketball Sunday was that the winners were able to celebrate with Michelle Obama. The first lady had a front-row seat at the game, and she was able to see the team improve its play en route to a 98-71 victory.

Almost two days into competition at the 2012 Olympics, the U.S. men's basketball team is finally ready to take the court.

2012 London Olympics Schedule: When And Where To Watch The Big Events

The big opening ceremony for the 2012 London Olympics is over and done, so it's time for the real attraction: the games themselves. Olympic schedules can be a little confusing to follow, so we've compiled a guide to some of the biggest events at the games, with a special emphasis on American athletes. 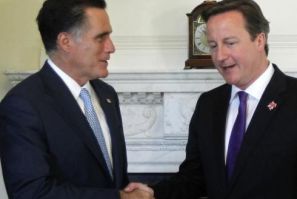 Mitt Romney caused a scandal before his first diplomatic trip to London when he referred to the preparation for the Olympic Games as “disconcerting.” 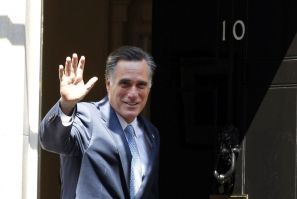 All Hail President Mitt: Why Did MI6 Spymaster Give Romney His Own Intelligence Briefing?

Does the British hierarchy think Romney will be "their man" in Washington this time next year? Is Whitehall hoping to make good the "special relationship" that has become a little tired under Obama? 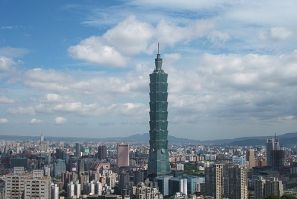 Taiwan’s Path Towards Democracy Could Serve As Model For Egypt

Thirty years ago (ironically, about the same time Mubarak seized power in Egypt), the Taiwanese initiated the path towards forming a democratic state. 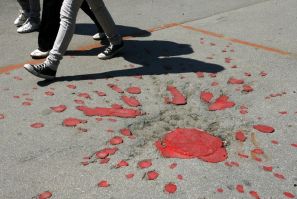 Is It Safe To Travel To ____? 10 Taboo Destinations And Why You Should Visit Them

Is it safe to travel to Myanmar? Is it ethical to travel to Antarctica? Where can I go in the Middle East where I won't be shot dead on the street? Let's dispel some common fears and misconceptions. 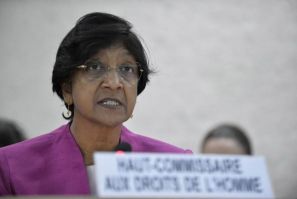 The U.N. human rights chief has called for an independent investigation into the police crackdown on striking oil workers in Kazakhstan last December in which at least 15 people died and over 100 were injured after police opened fire on the crowd.

Ike Diogu has made his alma mater, Arizona State University, and his parents' native Nigeria proud after his play helped the African nation become the last country to qualify for the 2012 London Olympics in basketball. 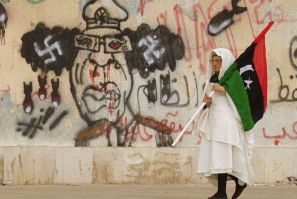 The current situation in Libya means that there is no clear best choice for Libya's 2.7 million registered voters.
Latest news
Assad Says Syrian Protests Different From Those In Egypt, Tunisia; 'Friends Of Syria' To Meet In Paris
Who Killed Yasser Arafat? Events Leading Up To His Death And Conspiracy Theories
The Best Beaches In Greece (And Why You Should Visit Them Now)
Tunisia Still Has Arab Spring In Its Step Despite Religious Protests, Violence
A Greek Tragedy: Why Not Visiting Greece Makes Things Worse
EDITOR'S PICK