The United Nations Organization (UNO) or simply United Nations (UN) is an international organization whose stated aims are facilitating cooperation in international law, international security, economic development, social progress, human rights, and the achieving of world peace. The UN was founded in 1945 after World War II to replace the League of Nations, to stop wars between countries, and to provide a platform for dialogue. It contains multiple subsidiary organizations to carry out its missions.

Aung San Suu Kyi Arrives In US, As Myanmar Frees More Than 500 Prisoners

Europe may be in the throes of a crisis while North America recovers from its own recession, but that hasn’t stopped people from traveling -- far from it. Despite concerns over the global economy, tourism has shown incredible resilience as international arrivals are now projected to cross the 1 billion mark for the first time in 2012.

China has more Internet users than any other country in the world has inhabitants. Is that mass of people going to push for greater freedom? Not with government controls as stringent as they are now.

Syria: Over 20 Killed In Car Bomb Attacks Near Army Compounds In Aleppo

Two bombs exploded near army compounds in the Syrian city of Aleppo Sunday night, killing more than 20 people and injuring around 60 of President Bashar al-Assad's forces and residents.

Forests are extremely important to Liberians, who rely upon vast wooded areas for everything from building supplies and medicine to water protection and game habitats. Recently, a government program turned over these critical regions to big logging firms in a misguided attempt to provide income and revenue for hard-hit communities. Can Ellen Sirleaf Johnson's administration curtail what it began?

Official aid from the South to the North often goes through the Red Cross as a matter of formality and convenience.

NATO Is Not Pleased With Hero's Homecoming For Convicted Axe Murderer

The chief of the NATO military alliance is on a damage-control tour of Central Asia after Azerbaijan's president pardoned, promoted and financially compensated a man who hacked to death a fellow NATO soldier, who was Armenian, threatening a shaky ceasefire between two long-time foes. 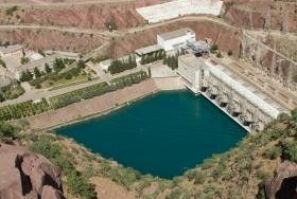 Tajikistan, the poorest country in Central Asia, is attempting to revive an old hydropower plant building project, but Uzbekistan objects on environmental grounds. The World Bank has agreed to step in to assess the situation. 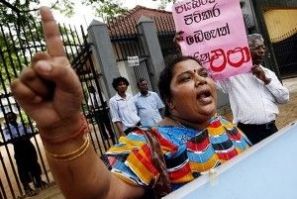 The UN passed a new set of international standards designed to protect the rights of domestic workers, who often suffer from abuse at the hands of their employers. 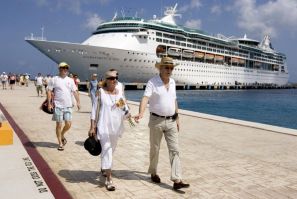 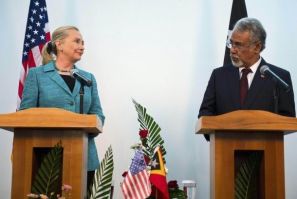 Secretary Clinton's visit to East Timor was meant to be a show of support for Asia's newest democracy as it works to grow its economy and become a legitimate member of the Association of Southeast Asian Nations. 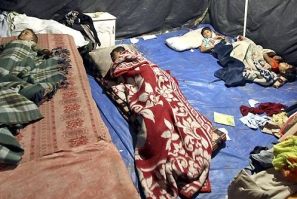 Despite modest growth in the economy in the Palestinian territories, unemployment remains the highest in the region, and despair and frustration are growing among a very young population.

The Plight Of Nigerian Girls Trafficked Into Prostitution In Italy 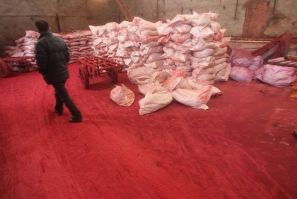