China lost an appeal at the World Trade Organization on Monday after complaints about its restrictions on raw material exports, but will to be able to maintain its supply stranglehold on rare earths, crucial ingredients in many high-tech products.

China's appeal of a ruling that found restrictions on exports of nine raw materials as breaking global rules has been rejected by World Trade Organization.

China lost an appeal at the World Trade Organization on Monday in a case about its export restrictions on raw materials, a ruling that could make it harder for major commodity exporters to withhold supplies on the global market.

Beware, Trade Cheats: New U.S. Team Getting Ready for You

Economic growth, jobs and protectionism are the top three worries at the start of 2012, according to a Call to Action published by 11 leaders of international organizations on Friday in a bid to kick-start debate at next week's Davos Forum.

South Korea has taken a major step to ending an eight-year-old ban on imports of Canadian beef, Canada's agriculture and trade ministers said on Friday.

WTO Closes Biennial Meeting with No Progress on Doha Round

The World Trade Organization closed its biennial ministerial conference on Saturday with its chairman citing an improved atmosphere in the 153-member club but no concrete moves forward on the Doha round of world trade talks.

China will impose anti-subsidy and anti-dumping duties on imported cars made in the United States, China's Commerce Ministry said on Wednesday, the latest in a series of trade disputes between the world's two largest economies.

The United States has dismissed claims by the European Union that Brussels has agreed with a World Trade Organization ruling against subsidies to Airbus and announced that it might ask permission to impose trade sanctions of up to $10 billion annually.

After 18 years of negotiations, the World Trade Organization is expected to approve Russia's bid for entry, during its Dec. 15-17 conference.

China's entry into the World Trade Organization and its development over the last 10 years has contributed to global prosperity, according to former WTO Director David Hartridge.

Q+A: The EU clash with Canada over oil from tar sands

The European Union proposes legislation to label crude oil derived from Canada's vast reserves of tar sands, as well as from other sources of unconventional oil, as highly carbon intensive.

Canada and Mexico won a trade case against a U.S. law on meat labeling at the World Trade Organization on Friday.

Batumi: A First Glimpse of the New Georgia

The Republic of Georgia's President, Mikheil Saakashvili, vowed to transform the small resort town of Batumi into the nation's economic and cultural powerhouse. Stephen Robert Morse traveled to Batumi to investigate Saakashvili's progress.

Here's the full text of the final communique issued at the Group of 20 summit in Cannes, France.

Google, Microsoft, Citigroup, IBM, GE and other top-tier American companies on Thursday urged the United States to fight for trade rules that protect the free flow of information over the Internet.

Canada warned on Sunday it will defend its interests if the European Union (EU) goes through with a proposal to rank Canadian oil sands as a highly polluting fuel.

The United States is pressing China to explain why its national firewall blocks so many U.S. companies from providing their services via the Internet, according to a letter obtained on Wednesday that is another sign of growing trade tension between the world's two largest economies. 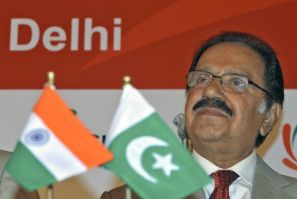 India and Pakistan agreed to issue multiple visas to businessmen from both countries for one year in order to expand bilateral trade,

When Paul Friedman met the rag-tag youth camped out near Wall Street to protest inequality in the American economy, he felt he was witnessing the start of a protest movement not seen in America since the 1960s. 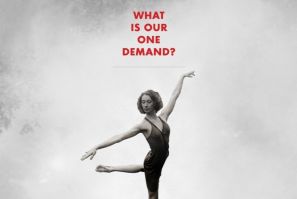 Occupy Wall Street protests are the most absurd demonstrations in a generation. 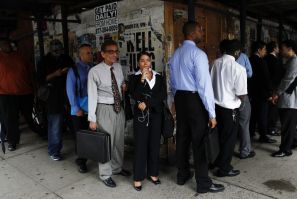 About 2.8 million jobs, both in manufacturing and high-tech fields, have been lost as a result of the growing U.S. trade deficit with China since Beijing's entry into the World Trade Organization in 2001, said an EPI study, which was denounced immediately by the US-China Joint Business Council.
Latest news
EU wants rare earth clarity from China: trade chief
Gold Down After Day of Pro Eurozone Developments
Gold Price Extends Losses after Italian Lawmakers OK Austerity Plan
Analysis: Obama's Trade Legacy in a Crucible This Fall
Q&A-Will China's rare earths sector crackdown work?
EDITOR'S PICK