On Thursday, a regional magistrate issued an arrest warrant for former Botswana president Ian Khama for the possession of illegal firearms.

CDC On The Omicron Variant In The US

The Centers for Disease Control and Prevention said in a statement Friday that no cases of the new omicron Covid variant "have been identified in the U.S. to date.”

Prince Harry encourage citizens around the world to fight racism in a video interview during British GQ's Heroes Festival.

Scientists Pin Down Cause Of Elephant Deaths In Botswana

Scientists concluded that the controversial mass elephant deaths in Botswana were due to cyanobacteria, an organism that thrives in extreme temperatures

Meghan Markle and Prince Harry made a generous donation to an organization close to their hearts on the occasion of the Duke of Sussex's 36th birthday.

Prince Harry gave Meghan Markle special gifts for her 39th birthday, including jewelry that he designed himself. The couple, along with Doria Ragland and Archie, celebrated the occasion together at home.

Former Spanish King Could Be In Dominican Republic, Reports Say

Former Spanish King Juan Carlos may have fled to the Dominican Republic amid a corruption probe into his business dealings with Saudi Arabia, the LaVanguardia newspaper reported.

A new tell-all book about the Sussexes revealed that Meghan Markle and Prince Harry's dog is named Pula, which is a nod to Botswana.

According to a new book about the Sussexes, "Finding Freedom," the handle of Prince Harry’s secret Instagram account that he used to follow Meghan Markle was @SpikeyMau5, a combination of his nickname “Spike” and the Canadian DJ Deadmau5.

A new disease that might have caused the mysterious deaths of hundreds of elephants in Botswana may also pose a risk to humans, a conservation expert said.

Over 300 Elephants Die Under Mysterious Circumstances

The Botswana government said lab results on samples have been delayed due to the longstanding coronavirus crisis.

Without Tourism, We Will Lose Elephants

The coronavirus pandemic has demonstrated, more clearly than ever before, the vitality of responsible ecotourism in maintaining and preserving our world's magnificent biodiversity. 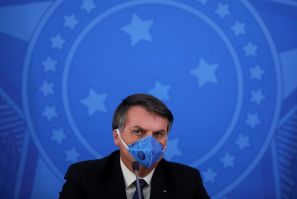 Cases of COVID-19 have recently seen a sharp uptick across Africa and South America. 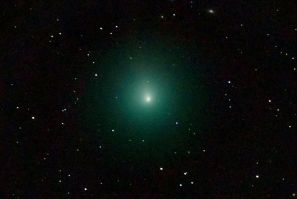 Astronomers observing the approaching comet SWAN have detected a powerful outburst from its surface. 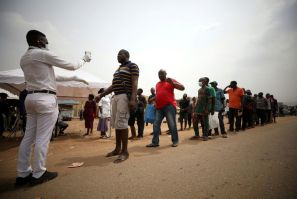 Prince Harry may be the only reason why Meghan Markle landed a job with Disney. 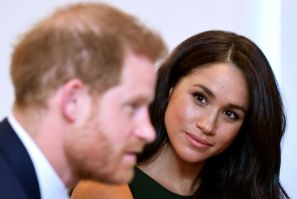 Meghan Markle Faces Backlash For Recording ‘The Elephant’ Before Megxit

Meghan Markle was still very much a part of the royal family when she recorded "The Elephant" in August. 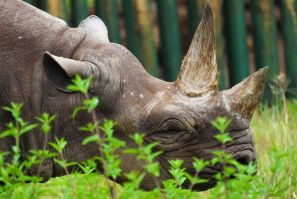 Slow Growth In Black Rhino Numbers Cause For Hope: Conservationists

Slow growth in black rhino numbers cause for hope: conservationists 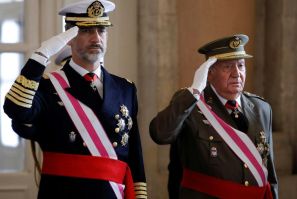