A record-setting high temperature was reportedly recorded recently on the Antarctic Peninsula.

Four mountain gorillas were found dead from apparent electrocution in a protected park in Uganda.

UK Puts Visas Into Pitch For Post-Brexit Trade With Africa

UK puts visas into pitch for post-Brexit trade with Africa

What Is The Difference Between Sepsis And Septicemia?

Reports from all over the world indicate that sepsis is on the rise. It is also reported that one in five deaths is attributed to the illness. What caused the increase in sepsis cases, and is it the same as septicemia?

3-D Chess With Ex-presidents Back In War-torn C.Africa Ahead Of Polls

3-D chess with ex-presidents back in war-torn C.Africa ahead of polls

Violence In DR Congo's Ituri May Be Crimes Against Humanity: UN

Violence in DR Congo's Ituri may be crimes against humanity: UN

According to a study, the average British person emits more carbon dioxide in two weeks compared to a citizen of any one of seven African Nations in an entire year. Are people willing to change?

Indian people have resided in East Africa for more than a century, but haven’t been totally accepted by Africans. 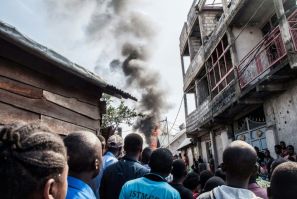 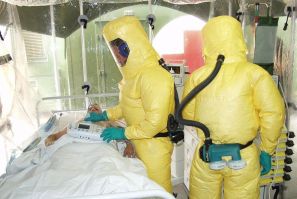 Finally, the first-ever approved vaccine for Ebola is available for global use. This came after the vaccine saved hundreds of thousands of lives. 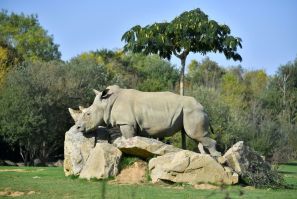 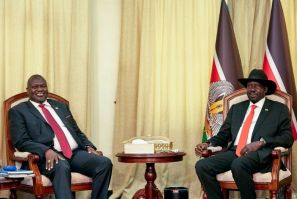 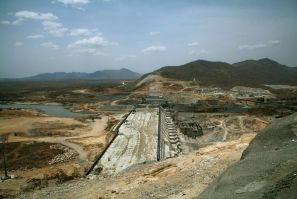 Ethiopia's construction of a massive power dam on the Blue Nile is raising tensions with Egypt, which depends on the river for 90 percent of its water supply. 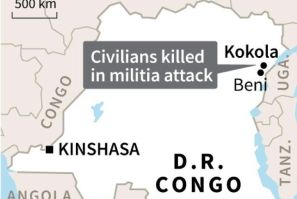 Ten Civilians Were Killed In An Attack In Eastern DR Congo Blamed On An Islamist-rooted Armed Group Based In Uganda, A Local Official Said Wednesday.

Map of DR Congo locating Kokola where ten civilians were killed in a militia attack, a local official said 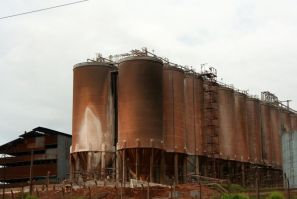