'I Don't Know Where I Will Go'

Many of the foreigners still living in the Chatsworth displacement camp were unwilling or unable to return to their home countries or to their South African communities.

Human rights groups have condemned the last election cycle and consider the ruling party one of the most repressive regimes in Africa.

South Sudan Accused Of 'A New Level Of Brutality'

At least 129 children were killed in fighting in May, while several others were raped or castrated, Unicef says.

A watchdog group says Soco paid thousands of dollars to Congolese officials, despite its vehement denial.

US Urges African States To Deliver Message To Burundi On Vote

The U.S. urged east African states to send high-level representatives to Burundi to reiterate their opposition to President Pierre Nkurunziza seeking a third term and to press for free and fair elections.

Will More Guns Save Africa’s Elephants?

Once Mozambique’s new laws go into effect, there will still be 35 African countries that deem homosexuality a criminal act.

President Pierre Nkurunziza's decision to run for a third term has set off deadly protests.

By 2050, Africa will be the world’s youngest economic region, but capitalizing on this demographic wave requires planning.

Zedi Feruzi had spoken out against President Pierre Nkurunziza’s decision to stand for a third-term in office.

White House adviser Gayle Smith has a long list of credentials, but her nomination to run the USAID and its billion-dollar budget has drawn criticism.

“Many victims came forward very quickly, looking for medical assistance ... This is not the norm," Doctors Without Borders staff said.

The violence is the first of its kind directed at the community amid escalating threats against Pakistan's religious minorities.

Many Africans were using cell phones to make payments long before it was cool in Europe and North America.

A new study found cell phones are now as common in South Africa and Nigeria as they are in the United States, but landline telephones are rare.

Africa's Problem-Solvers Up For Award

10 entrepreneurs -- addressing obstacles in education, infrastructure, health and other areas -- are finalists for an innovation prize.

ISIS: 9-Year-Old Pregnant After Being Gang-Raped By Militants

"She was sexually abused by no fewer than 10 men. Most of them were frontline fighters or suicide bombers who are given girls as a reward."

Researchers were surprised to find that many harmful genetic variations had been removed from mountain gorilla populations through inbreeding. 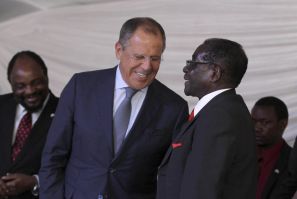 Why Russia Is Investing Billions In Africa

Russia looks to rekindle Soviet-era trade ties to Africa under pressure from sanctions.

At Least 10 Dead In Al Shabab Attack On Mogadishu Hotel

As of late Friday local time, Somali forces were still trying to retake the hotel. 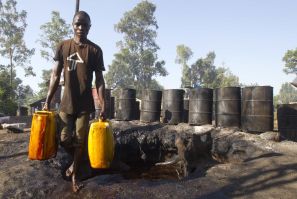 US Warns Of Possible Attacks On Westerners In Uganda

The U.S. Embassy in Uganda Wednesday warned it had received information of possible terrorist threats to locations frequented by Westerners in Kampala, and that an attack may occur soon. 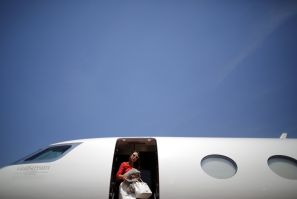 'Prosperity Preacher' Asks For $60M In Donations For New Jet

Without a new Gulfstream plane, the ministry says, trips to African nations, Australia and other destinations will be called off. 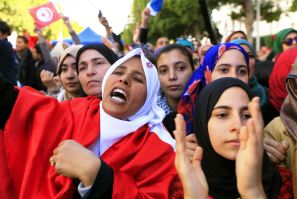 A new survey draws a link between a country's economic status and its citizens' perception about local politics. 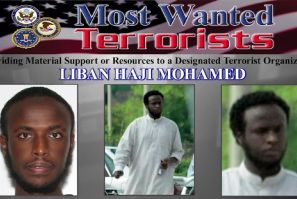 Liban Haji Mohamed has been accused of providing “material support and resources” to al Shabab, an al Qaeda-linked militant group in Somalia. 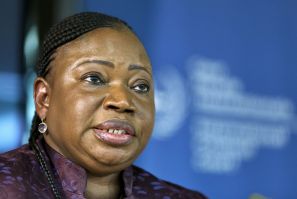 The court's chief prosecutor said that the transfer of the Ugandan rebel commander was a major step in the fight against the group.
Latest news
Pope Says Catholics Need Not Breed 'Like Rabbits'
West Africans Need To Abandon Cultural Practices To Beat Ebola: UN Chief
34 Killed In Democratic Republic Of Congo Massacre
Bubonic Plague Still Present In The US
Sexual Intimidation Key Factor In Chimp Sex
EDITOR'S PICK