WHO Convenes Experts Amid "Accumulating Evidence" Of Zika Link To Disorders

There is "accumulating evidence" linking the Zika virus to microcephaly and Guillain-Barre syndrome, the World Health Organization (WHO) says.

Uganda, however, has not yet mentioned the fate of the alternative plan for a crude oil pipeline through Kenya.

Politics As Usual In Uganda, But For How Long?

It’s technically President Museveni’s last term, as Uganda’s constitution bars anyone over 75 from the presidency.

Supporters say Kizza Besigye was arrested to stop him from gathering evidence on alleged fraud during last week's elections.

The tally gave Yoweri Museveni, a Western ally seeking to extend his three decades in office, 61.75 percent of the votes counted.

Uganda's main opposition candidate and presidential challenger Kizza Besigye has been released from police custody hours after his arrest.

In Uganda, A Threat Of Crime, Violence

As a controversial election gets underway Thursday, some businesses have relocated their operations or temporarily closed up shop out of fear.

The World Health Organization, which labeled the Zika outbreak an international public health emergency, released its operations plan for battling the virus.

Uganda President Yoweri Museveni is expected to win a fifth five-year term Thursday, but support for the opposition has been growing.

A 34-year-old man who recently traveled to Venezuela has been quarantined since Feb.6, according to reports.

Researchers warn that global health officials should apply the lessons of the Ebola outbreak and convene a meeting to tackle the virus.

With those affected having recovered or near recovery, a health official downplayed the possibility of the virus spreading in the state.

A report said Yoweri Museveni, who is seeking a fifth term, spent 12 times more on his campaign than his top two opponents combined.

Uganda’s President Accused Of Murder Ahead Of Elections

The deal for the jets is part of a $7.5 billion defense contract signed with Russia in 2006.

Authorities also seized weapons that were allegedly intended for use by al-Shabab on New Year’s Eve. 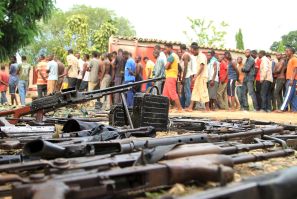 The long-stalled talks — set for Monday — include a government delegation as well as opposition members and civil society representatives. 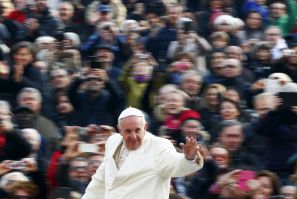 The pontiff will visit poor regions afflicted by the drug war along with meeting the president and church hierarchy. 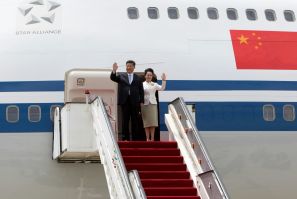 The trip, during which the Chinese president will co-chair a summit with African nations, comes at a time when the Asian giant's investment in the continent is dropping. 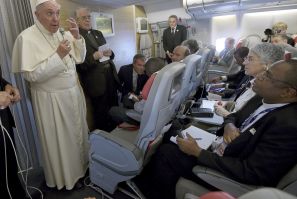 Pope Francis has shaken up the Catholic Church since he took office, and now he has turned his attention to long-standing allegations of financial corruption. 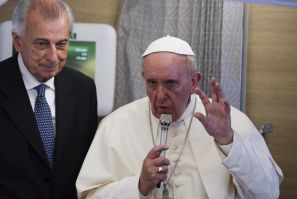 While returning from his Africa trip, Pope Francis said the continent faced more urgent concerns than condom use, such as malnutrition and environmental damage.

But in the Central African Republic, inspirational words from the leader of the Roman Catholic Church won't be enough to end the deadly fighting of recent years, experts say. 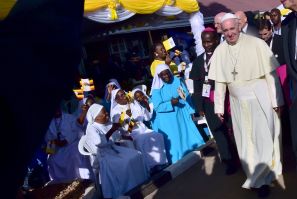