Wage Increases Won't Get Us Out Of The Great Resignation

The answer to the Great Resignation is dampening the wage increases and inspiring employees to be proud of their work again.

Best Hacks For The Travel Apocalypse

Planning to squeeze some travel out of the rest of summer? Good luck - you will need it.

Oil prices on Friday stayed near their lowest levels since February as concerns over a possible recession and a fall in fuel demand continued to rattle markets.

Private equity firm General Atlantic has hired veteran technology dealmaker Jonathan Durham to expand in corporate buyouts, an area in which it has done little because of its focus on growth equity investments, two people familiar with the matter said.

Analysis-Amid Wild Swings, Some Hungarians Are Losing Faith In Forint

The Hungarian forint's slide following Russia's invasion of Ukraine is leading some Hungarians to embrace the euro instead of the local currency, which has lost more than half of its value since Prime Minister Viktor Orban took power in 2010.

QSR Brands, the Malaysian operator of KFC and Pizza Hut restaurants in Southeast Asia, has again delayed its domestic IPO of up to $500 million on worries that poor macroeconomic conditions could hurt its valuation, four sources told Reuters.

How to Deal With the Emotional Side of Money

Break through money taboo and unhealthy spending patterns to make the best use of your hard-earned money under the guidance of a trusted financial advisor.

Hedge fund manager Bridgewater Associates' flagship Pure Alpha 18% volatility fund gained 32.2% in the first half of the year, according to a source familiar with the matter, beating sharp market declines. 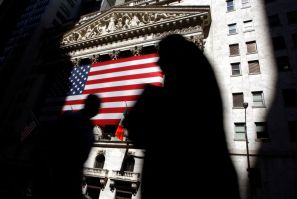