Many Facebook users were surprised to find that the site was down Thursday evening, but the site has provided an explanation for social media addicts looking to post Valentine's Day messages and photos.

Valentine's Day is here so if you're looking for a quick date, or trying to get over an ex, check out these apps.

‘A Good Day To Die Hard’ And ‘Safe Haven’ Panned

The small near-Earth asteroid 2012 DA14 flyby Friday may be one for the record books. There are many ways to watch the historic event online.

Laborers Of Love: 30 Percent Of Workplace Romances Result In Marriage

According to a Valentine's Day survey from CareerBuilder, 30 percent of workplace romances result in marriage. Take that, eHarmony.

What Is Valentine's Day? Everything You Need To Know About The History Of St. Valentine And What This Romantic Holiday Means [PHOTOS]

Valentine’s Day In Japan: When Girls Give Chocolates To Boys And Candy Companies Rake It In

In Japan, Valentine's Day is slightly different than in the West: it's the women who give gifts, and it's mostly chocolates.

Where Valentine’s Day Is Banned, Lovers Defy The Law

Brave couples still celebrate in countries, such as Iran and Saudi Arabia, that have outlawed the holiday.

Google Thursday celebrates the Valentine’s Day and the 154th birthday of George Ferris together with an interactive doodle on its homepage.

The modern world may have forgotten the old ritual of courtship thanks to tools such as dating sites, social media, text messages, Skype and any other tool romantic hopefuls may use. Just in time for Valentine’s Day, the courtship letters between Lyndon B. Johnson, before he was President and his wife Lady Bird have been released.

Despite the big national holiday's timing this year, Chinese lovebirds will get another shot at romance during the Qixi Festival in August.

Asteroid Flyby After Valentine's Day Could Be Record-Breaking [VIDEO]

A very large asteroid is set to fly by Earth on Feb. 15, one day after Valentine's Day. The asteroid will not hit Earth but will pass by incredibly close and could be a record for an asteroid of this size, NASA reported.

The World’s Most Romantic Destinations

These getaways in the U.S. and abroad are sure to spark some romance.

The top 10 Valentine's Day gifts for her inspired by Pinterest.

Snowy Weekend Ahead For Northeast

After Winter Storms Draco and Euclid, a new system is forming that could dump even more snow on the U.S. from Ohio to Maine.

Talia Castellano, 12, was diagnosed five years ago on Valentine's day with stage 4 neuroblastoma. But she is not letting cancer ruin her spirits.

It was a secret Valentine's Day mission involving only half a dozen Bank of Japan bureaucrats who worked through the weekend preparing for the central bank's February 13-14 meeting. 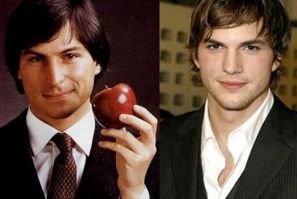 April Fools? Why Ashton Kutcher As Steve Jobs Is A Bad Joke

When Variety reported on Apr. 1 that Ashton Kutcher would play Steve Jobs in a new biopic, it sounded like a perfect April Fools joke. But nope, this is no joke. Kutcher will in fact play Jobs in a new independent movie chronicling the life of the genius hippie-turned-entrepreneur who put a ding in the universe.

Rihanna And Chris Brown Back Together? Nope! 'If U Don't Want Me, Someone Else Will'

After weeks of rumors about a romantic reunion, it looks like Chris Brown and Rihanna are finally done, according to a Rihanna tweet. 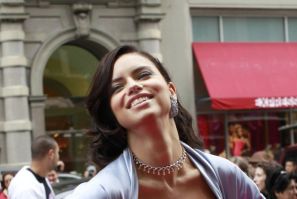 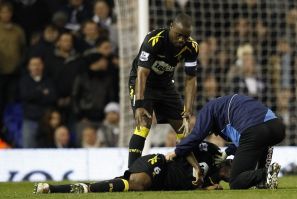 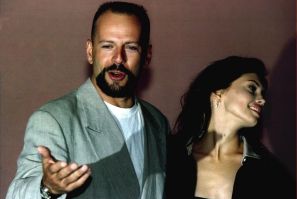 Can you believe Willis is 57?